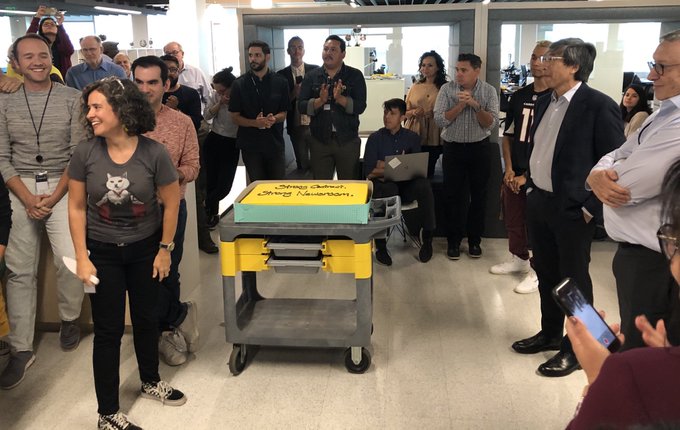 Below is a copy of the announcement that first appeared on the website of LAT Guild.

Oct. 31, 2019 – Journalists of the Los Angeles Times voted 388 to 3 on Thursday to ratify the first collective bargaining agreement in the newsroom’s 138-year history. The contract will dramatically improve the quality of life for the journalists who produce The Times as well as help lift standards across the media industry.

“Our union began as a small rebellion. Now generations of future L.A. Times journalists will enjoy better pay and job protections,” said Anthony Pesce, co-chair of the L.A. Times Guild. “It’s thrilling to see so many other newsrooms across the country join our fight.”

The Guild’s three-year agreement, reached Oct. 16, will provide for:

“Part of the reason I unionized to begin with is because the L.A. Times was the only newsroom I’d worked in that didn’t have basic job protections — things like guaranteed severance or just-cause employment,” said Carolina Miranda, co-chair of the Guild. “This contract achieves that and more.”

The union campaign at The Times, the largest news organization in the western United States, has been followed by a nationwide flurry of organizing at media outlets including the Chicago Tribune, the Virginian Pilot, the Florida Times-Union, BuzzFeed News and the Arizona Republic.

The L.A. Times Guild is a unit of the Media Guild of the West, a new NewsGuild-CWA local being formed in Los Angeles whose leaders will be elected soon.