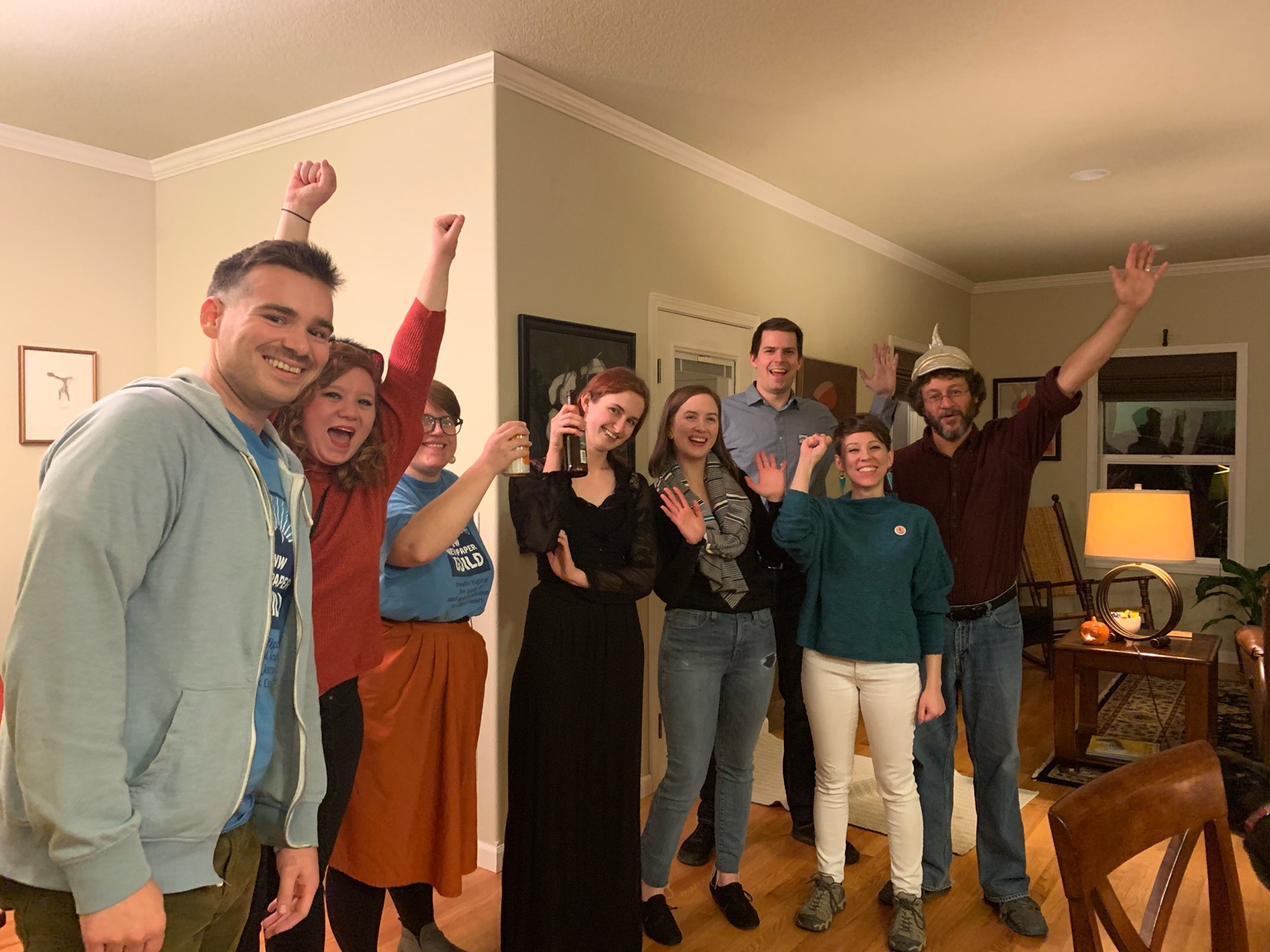 Oct. 31, 2019 – The extraordinary wave of union organizing hit the Pacific northwest Thursday, when journalists at The Columbian in Vancouver, WA, voted 19-8 to to become the newest members of The NewsGuild-CWA. They are the second new unit to organize in the region this year, following Crosscut’s unanimous vote in July.

Politics reporter Calley Hair said she was “excited, but not surprised” by the results.

“We’re looking forward to working with management to draw up a contract that will make The Columbian sustainable for the Campbells and their employees,” she said.

Workers are seeking greater job security, pay that reflects the cost of living, greater workplace diversity, better health benefits, earned severance, progressive compensation, a fair and consistent grievance policy and staffing that enables them to tell the stories of their community.

It’s been a historic week for news workers: Journalists at The Daily Progress in Charlottesville, Virginia, voted voted 12 to 1 to join the NewsGuild; journalists of the L.A. Times voted 388 to 3 to ratify a groundbreaking first contract, and workers at NBC News Digital announced a campaign to unionize.

The journalists of One Herald Guild at the Miami Herald / el Nuevo Herald and Herald.com cast votes on unionization this week as well; the results will are expected on Nov. 20 after a handful of mail-in votes are counted.

Earlier this month, the Arizona Republic Guild won union recognition by a vote of 64 to 30 despite a vicious anti-union campaign by management.

“There is an unmistakeable surge in union organizing,” said NewsGuild-CWA President Bernie Lunzer. “Workers throughout the industry are demanding a voice in their future and in the future of journalism.”