Just a week after the East Bay News staff was awarded the Pulitzer Prize for “relentless” coverage of the deadly Ghost Ship warehouse fire in Oakland, Digital First Media, owner of the Bay Area News Group, announced plans to move copy desk work to Southern California, triggering 20 more layoffs from a shrunken roster of 92 Guild-represented employees in the East Bay.

END_OF_DOCUMENT_TOKEN_TO_BE_REPLACED 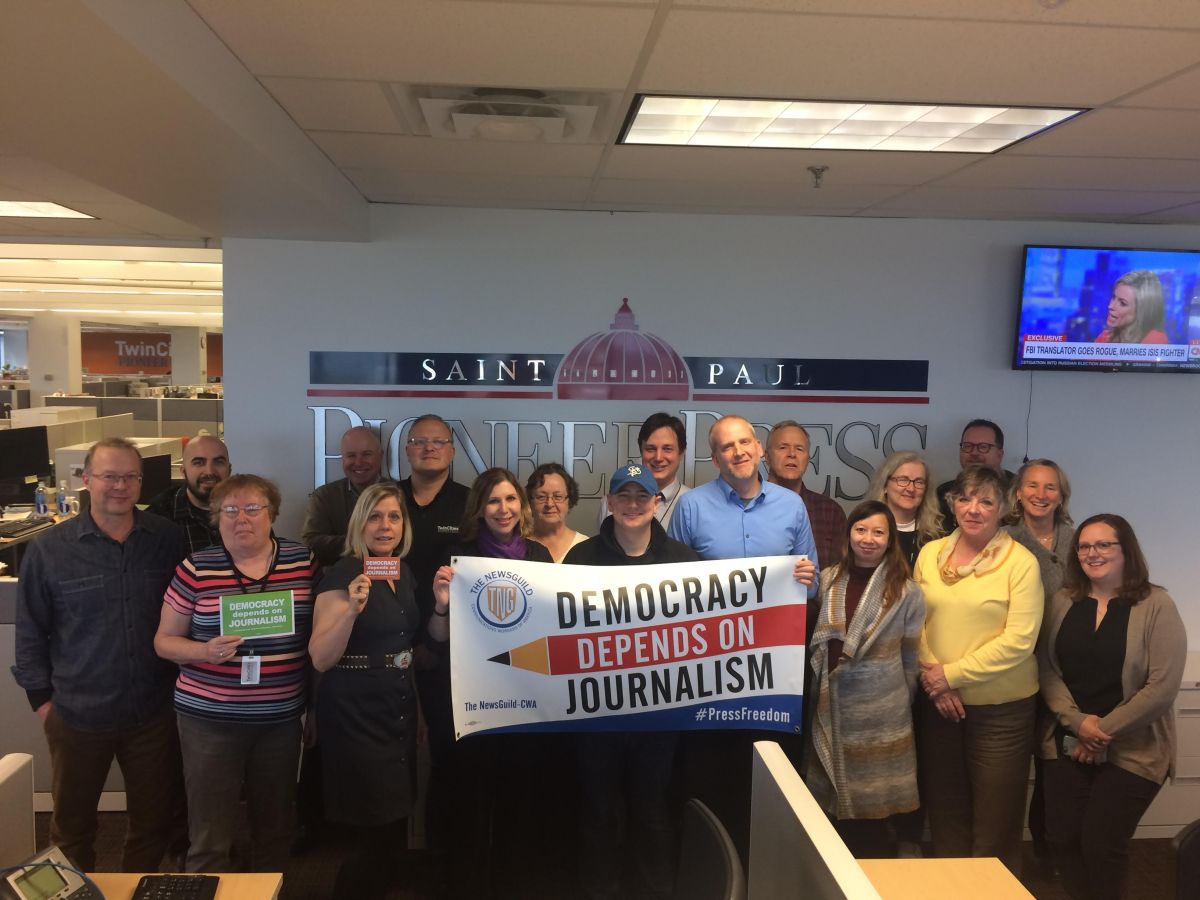 The activities, which included rallies and displays of signs and banners at work stations, aimed to raise awareness of the growing threat that “vulture” hedge funds pose to the nation’s community newspapers. Union leaders say the newspaper owners’ excessive profiteering threatens journalism at a critical time of politicized attacks on the news media. The events marked the first coordinated acts of solidarity by GateHouse and DFM workers. END_OF_DOCUMENT_TOKEN_TO_BE_REPLACED

Managers at the Boston Herald got an unwelcome surprise after they suspended reporter Chris Villani – allegedly for violating the company’s social media policy. The 2013 policy, which requires reporters to get approval from the Executive Editor or his designee prior to tweeting breaking news, had never been enforced before.

Reporters launched a Twitter boycott – blacking out their profile images and refraining from tweeting. END_OF_DOCUMENT_TOKEN_TO_BE_REPLACED

END_OF_DOCUMENT_TOKEN_TO_BE_REPLACED 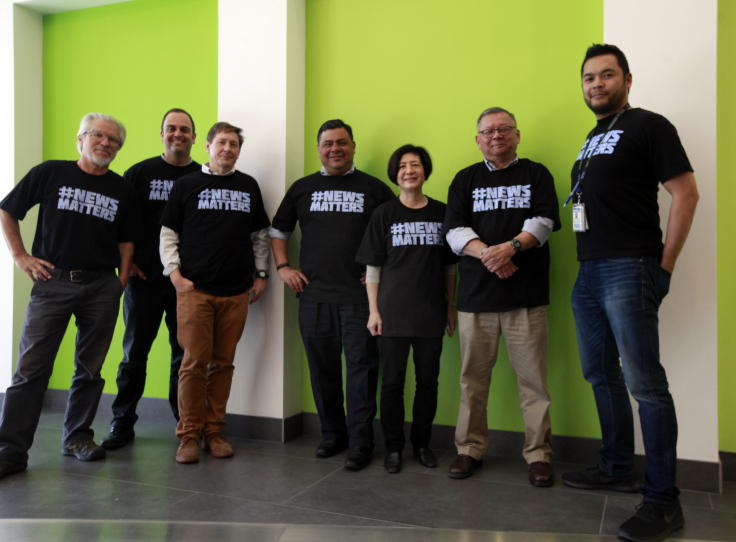 By the Digital First Media Workers

DENVER — Employees at one of the nation’s biggest news organizations have joined to fight Wall Street’s ongoing attack on quality journalism.

END_OF_DOCUMENT_TOKEN_TO_BE_REPLACED

Union negotiators proposed a $1 per hour raise for all employees effective July 1. Management offered no proposal, stating that budgeting is under way for the next fiscal year that begins July 1, and that managers won’t be prepared to begin serious negotiations until June. END_OF_DOCUMENT_TOKEN_TO_BE_REPLACED 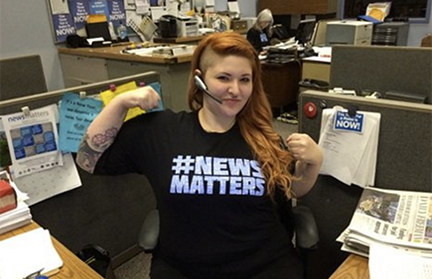 Employees at one of the nation’s biggest news organizations are launching a campaign to fight Wall Street’s ongoing attack on quality journalism.

Members of The NewsGuild-CWA announced today a new phase of the #NEWSMATTERS campaign at Digital First Media (DFM), the second-largest chain of newspapers and online news sites in the country. END_OF_DOCUMENT_TOKEN_TO_BE_REPLACED