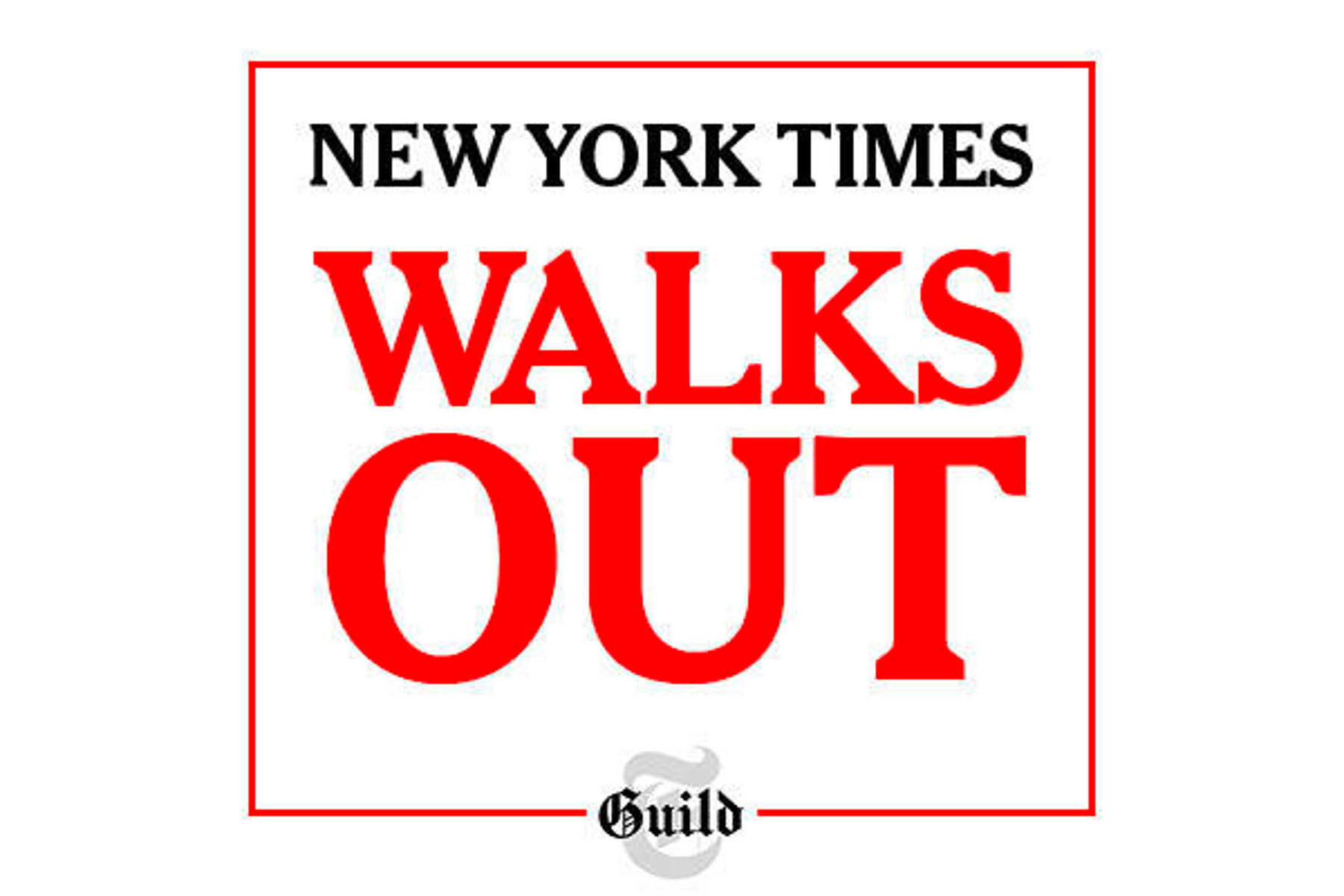 NEW YORK, NY — On Friday morning, unionized workers at The New York Times sent a pledge to company executives with over one thousand signatories that read, “We will walk out and stop work for 24 hours, on Thursday, Dec. 8, if we do not have a deal for a complete and equitable contract by then.”

Represented by The NewsGuild of New York, workers are demanding that the company start bargaining in good faith and are to do whatever it takes to finish this contract by the December 8th deadline. The Times Guild’s last contract expired in March 2021.

The main contract demands workers are fighting for are wages that recognize all the work they do and keep pace with inflation, as well as sustainable health care and retirement benefits. After nearly two years of bargaining, management is still only offering 2.75 percent in average annual guaranteed base-pay raises. However, from 2020 to 2021, the most recent year for which there are public filings, the company’s top three executives had an annual increase in compensation of 32.3%. According to Guild members, if the company were to meet their salary floor demand of $65,000, the additional cost would be less than the latest increase in CEO Meredith Kopit Levien’s compensation alone.

In June, more than 900 Times Guild employees sent a letter to new executive editor Joe Kahn urging him for a substantive response to the Guild’s wage proposals.

“We’re looking for wages that keep up with inflation and the preservation of our health care and pension benefits. This isn’t rocket science,” said Ken Belson, Sports Reporter, The New York Times.

Workers at The Times have also highlighted the company’s egregious spending on stock buybacks. In February, nearly a year into bargaining for a contract renewal, the New York Times Company authorized a stock buyback of $150 million, which is more than the additional costs of the Guild’s entire package of proposals over the complete life of the contract.

Other major sticking points in negotiations are the company’s attempt to kill worker pension plans and to cut the company’s total funding for employee retirement benefits. The company has also planned to expand performance evaluations from once to twice a year, a practice that was thoroughly criticized by members for containing racial and ethnic disparities in analysis of evaluation data released by the Times Guild this August.

“Our pension is important to so many people of all ages. I cannot believe that the company would propose cutting it and say it’s for our own good. We’re smarter than that.” said Andrea Zagata, Senior Staff Editor, The New York Times.

Additionally, the company has attempted to implement mandatory return-to-office policies, and in bargaining is proposing the right to require all employees to return to physical offices full-time, five days a week, despite the Guild emphasizing that unilateral return to office decisions cannot be made at the company’s sole discretion and is a mandatory subject of bargaining. In September, more than 850 Guild employees signed a pledge to continue to work from home during the first week of the company’s expected return to office.

“Times Guild members have been diligently working everyday, through a global pandemic and record inflation, while not receiving raises since 2020,” said Bill Baker, Telecommunications Coordinator, The New York Times and Unit Chair of the New York Times Guild. “We have been bargaining in good faith for 20 months while management’s goal has been to slow-walk us to an inferior contract. This has to stop now. It’s time for the company to get serious about making a fair deal.”

The newsroom employees have been represented by The NewsGuild of New York since 1941. This would be the first full day work stoppage since the late 70s. A brief lunch time walkout in 2017 halted around 300 potential layoffs.

“Our members at The New York Times—from security guards who keep everyone in the building safe to the journalists who keep the world informed—know the value of their work. Now it’s time for management to demonstrate, in good faith at the bargaining table, that they also understand our value,” said Susan DeCarava, President, The NewsGuild of New York. “I hope Times management takes this opportunity to address our demands for livable wages, strong retirement benefits, and a workplace that corrects discriminatory practices, with a contract our members will approve.”