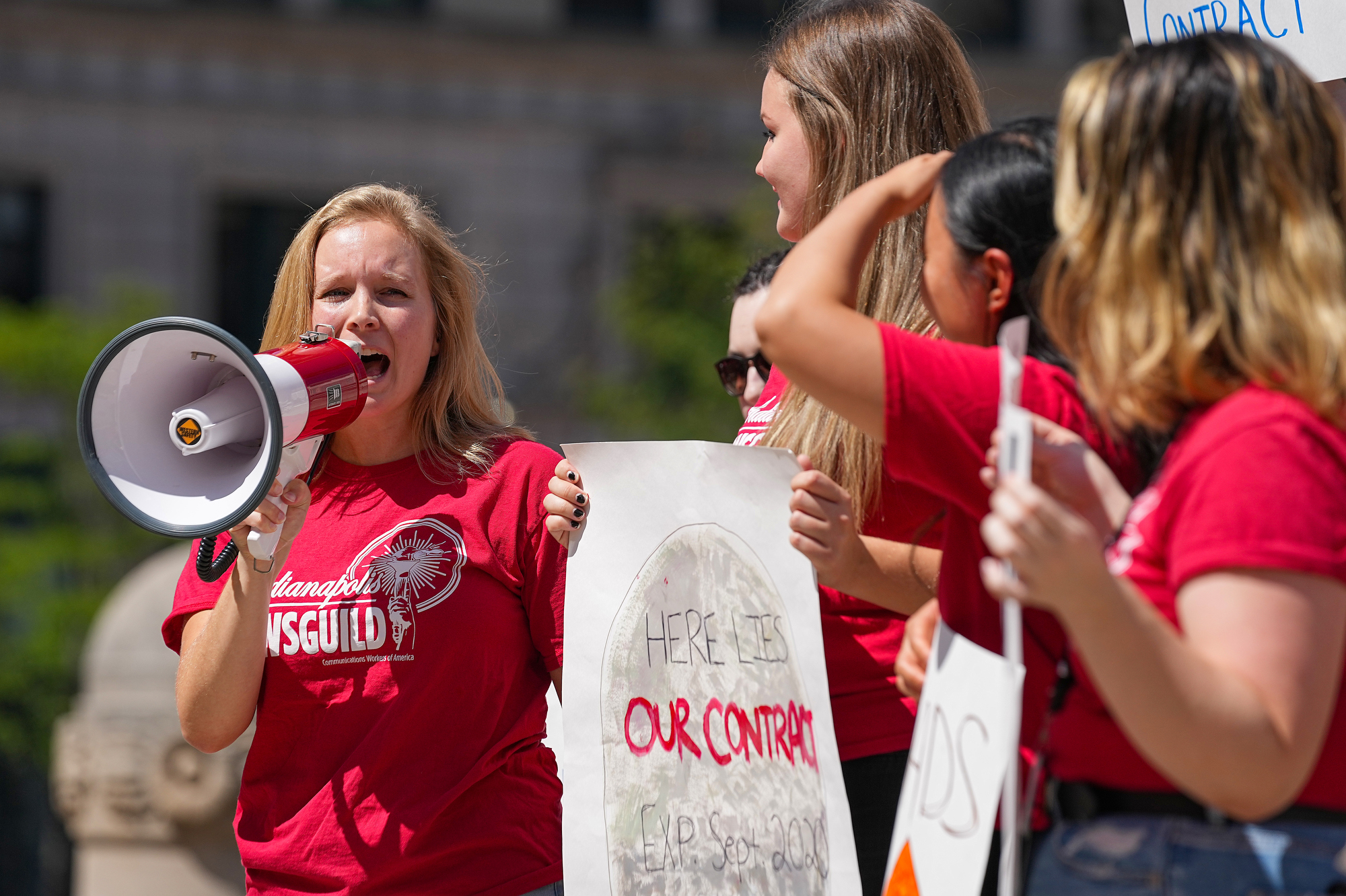 “Local news is being murdered by firms like Gannett. The company insists there’s no other way, that the cuts are necessary to ensure that Gannett remains financially viable. Meanwhile, the same Gannett is burning millions on debt service, executive pay, stock buybacks and anti-worker lawyers. Gannett exists to feed Wall Street at the expense of workers, readers and subscribers. What Gannett fails to remember is that the company’s value was built by its workers and through the commitment and support of their readers. Gannett’s workers are fighting to return Gannett back to a local news company.

“The path to a viable future for Gannett is not austerity. It’s not cutting its workforce, eliminating digital jobs or depleting resources. The path to abundant, profitable newsrooms is building a company that meets the needs of our communities — through vibrant, diverse reporting, and livable, equitable wages and benefits for the workers so they can live in the communities they cover.

“We cannot sit back and let local news be axed by corporate greed. Thousands of Guild members are ready to help every worker organize their newsroom, support them and take direct action against austerity. Let’s fight to make sure we don’t pay for the company’s self-inflicted wounds.”

“Guild members have repeatedly demonstrated, in the face of constant union-busting by Gannett executives, the power of worker solidarity. We are organizing and fighting back against Gannett’s abandonment of the news our communities deserve. We’re fighting for our families, for our neighbors, and our right to news and information that is central to our lives. It is a fight to preserve a diverse, viable democracy through journalism. It is also a fight for the right to live abundant lives, doing the work we love. By their actions, Gannett executives have made clear their utter disregard for their readership. We’re committed to making Gannett better for all, now and into the future.”