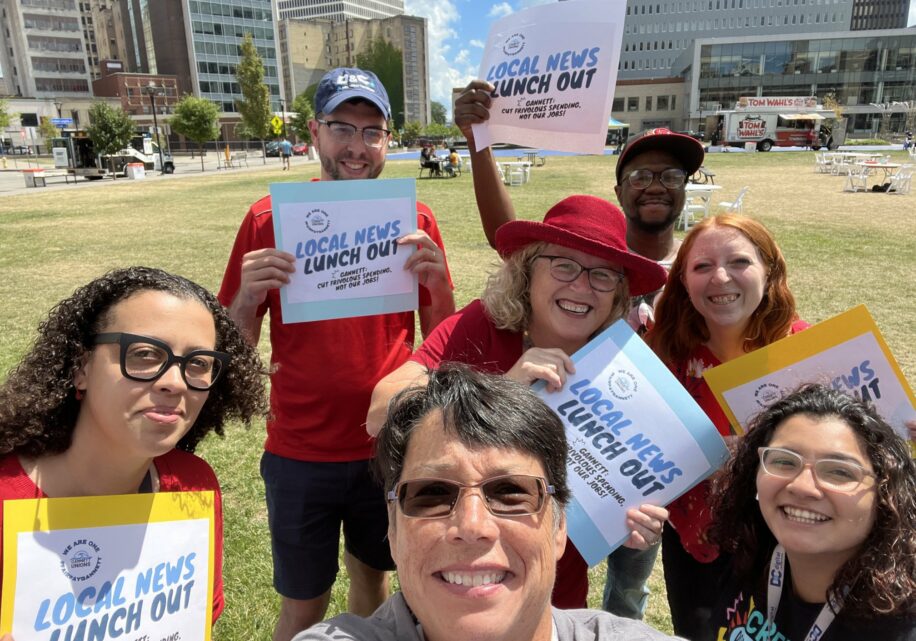 Hundreds of workers employed by Gannett-owned newsrooms are taking a coordinated lunch break today in response to a string of emails from upper management last week that threatened layoffs due to the company’s second quarter financials. According to Mike Reed, Chairman and CEO, Gannett must “responsibly and proactively [align] resources to our highest strategic priorities and [lower] costs to be in line with revenues.”

END_OF_DOCUMENT_TOKEN_TO_BE_REPLACED 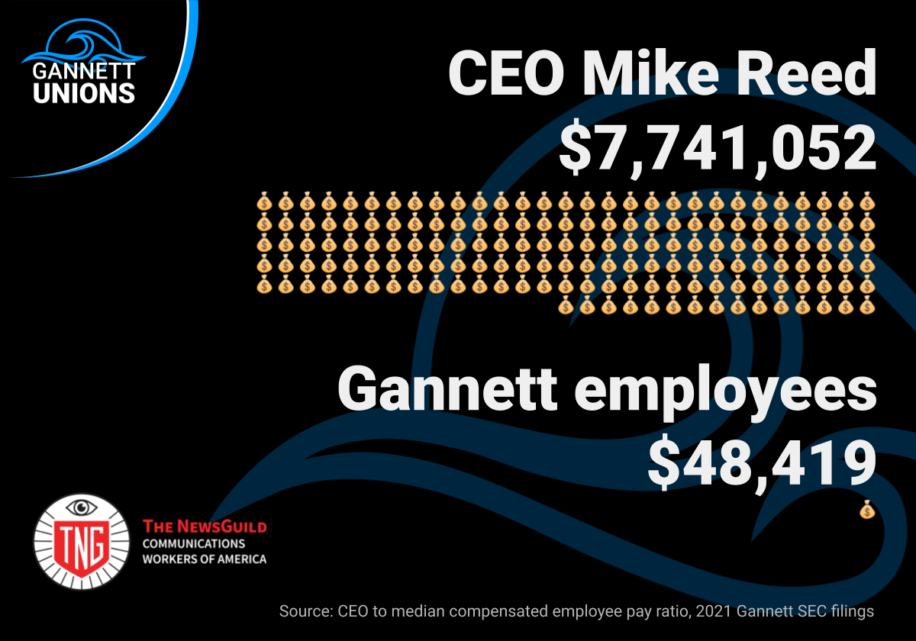 Today Gannett announced that it is soon planning to cut jobs after CEO Mike Reed said the company was “facing strong headwinds” after reporting their second quarter financials.

“Gannett has clearly shown it cannot be trusted to invest in journalists or its newsrooms and is prioritizing shareholders and executives over journalism,” said NewsGuild President Jon Schleuss.

“As a journalist representing thousands of other journalists in North America, we scrutinize and hold companies accountable for their behavior,” he said. “Gannett’s SEC filings and actions against America’s journalists show it is incapable of being trusted.”