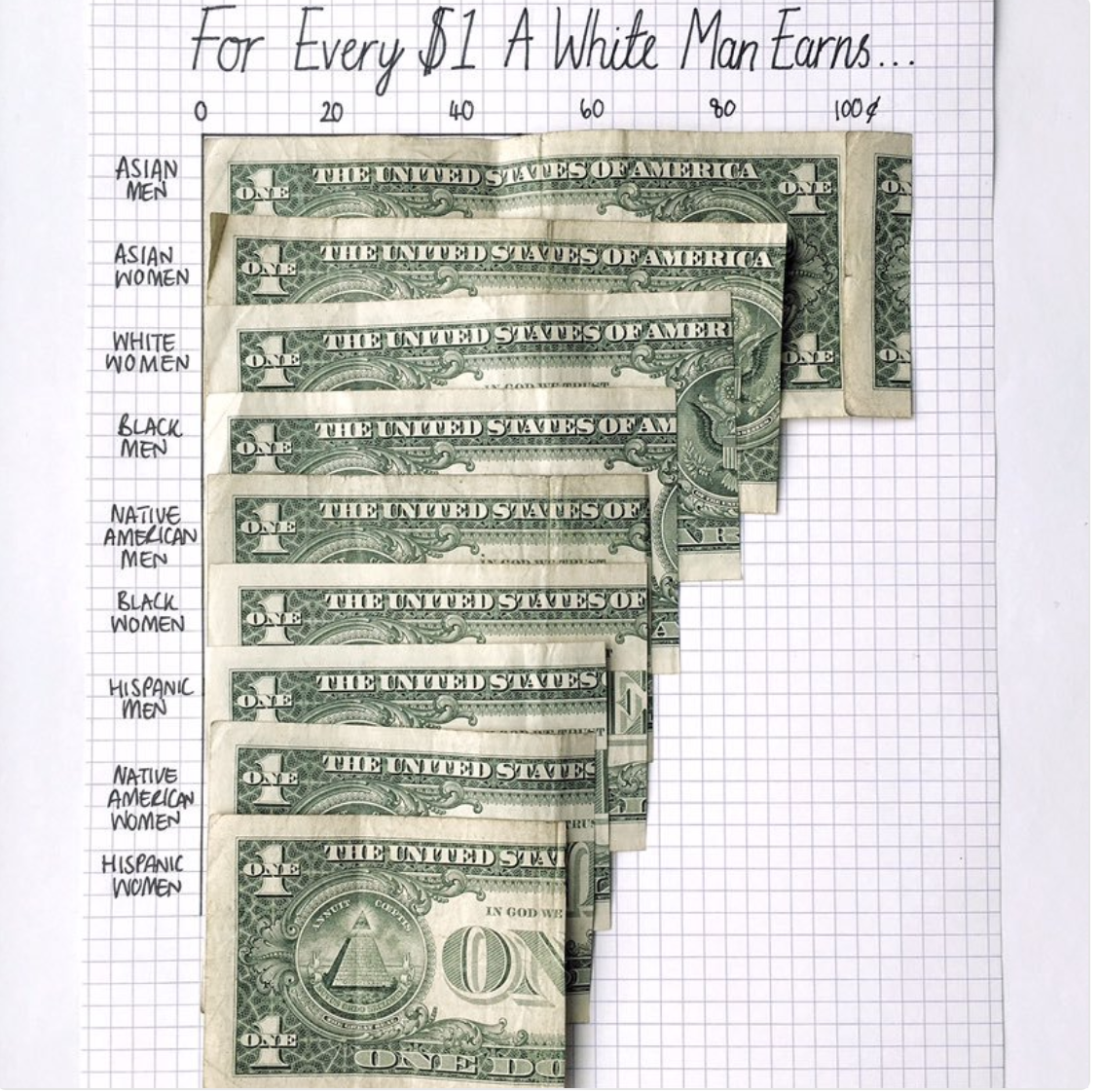 Feb. 4, 2019 – The locals within The NewsGuild-CWA that led the way on pay equity studies have continued that work and are reporting good results, either with or without management’s acknowledgement of their efforts.

Those studies showed wide disparities in pay for men compared to women and whites compared to minorities.

IAPE, which represents workers at the Wall Street Journal and other Dow Jones properties, led the way after a member requested a gender pay analysis. The NewsGuild of Greater Philadelphia, the Washington-Baltimore News Guild, The NewsGuild of New York and the Minnesota Newspaper and Communications Guild followed suit.

All locals reported results from those early studies, even if management didn’t admit that the studies were correct. For example, Washington Post Unit Chair Freddy Kunkle said Post management “took a very aggressive stance against us” and argued that no pay disparity existed.

But during the most recent bargaining, management agreed to a provision that allows employees to see a pay review. In general, that means the Post will review that employee’s salary and the salaries of others in the same unit or team.

“More importantly, we have heard all around the company that since the Guild began pushing this issue, many women have sought pay reviews and received raises afterward,” Kunkle wrote in an email. “Others have received raises – and assurances from some managers that it had nothing, nothing at all, to do with the Guild’s campaign.”

But managers at the Philadelphia Inquirer cooperated with the study and are working with the local on a two-year plan to narrow the salary differences.

The Minnesota local reported that updated data showed the salary gaps were closing. Meanwhile, the NewsGuild of New York is awaiting the results of a follow-up study on pay disparities at the New York Times.

And the union at the Los Angeles Times conducted its own study shortly after staffers there overwhelmingly voted to join TNG-CWA.

After hearing about the results of the pay equity studies, delegates to the 2019 sector conference unanimously approved a resolution encouraging all locals to conduct such studies and to use the studies as a bargaining tool.

It calls on locals to report the results of the studies to their members and to send a copy to TNG, which will maintain a library of the reports.

The resolution also says TNG will use its resources to help locals that want to conduct pay equity studies but don’t have the means to do so.