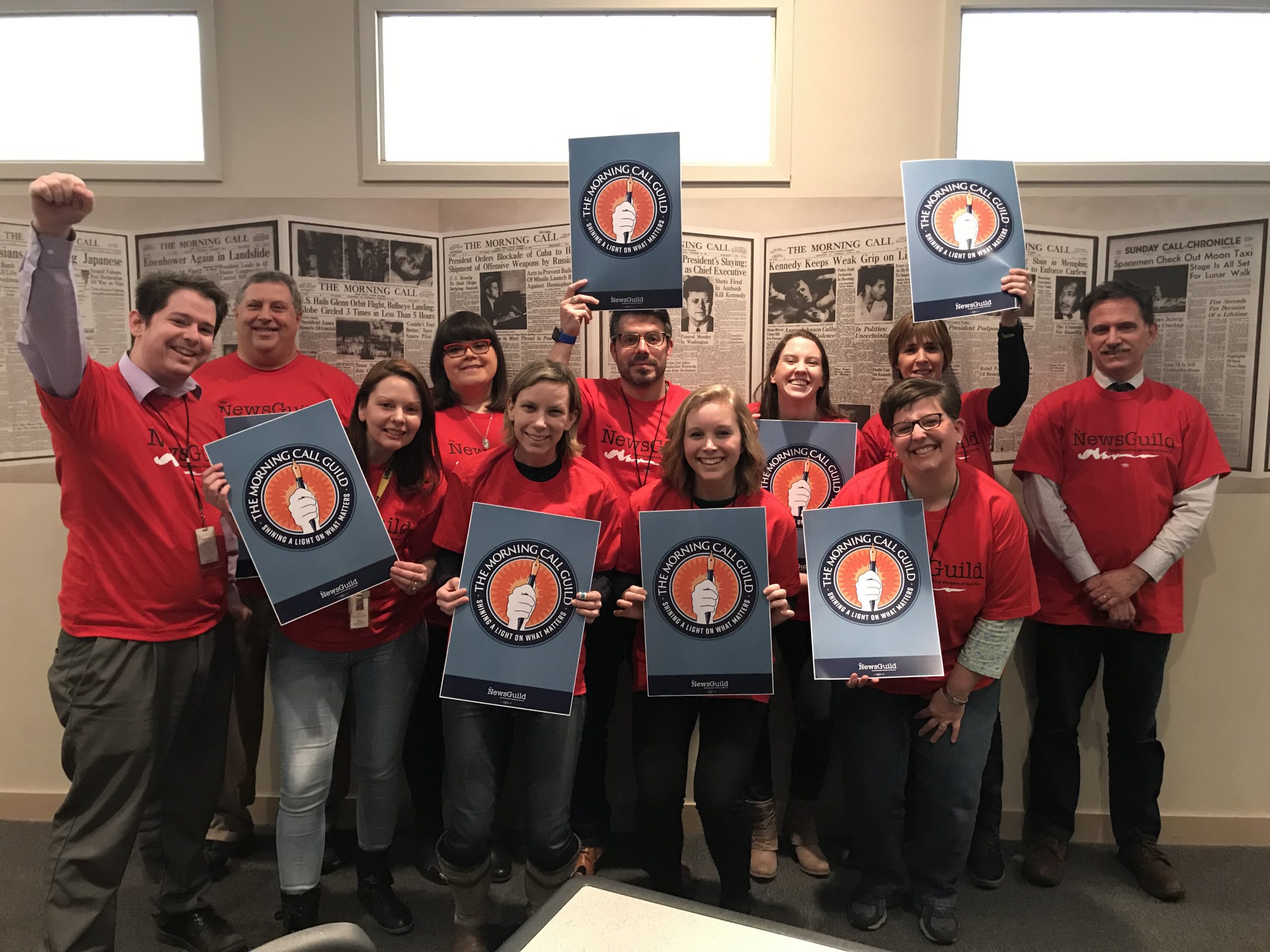 March 19, 2019 – Staff of the Allentown Morning Call voted 31 to 12 in favor of unionizing with The NewsGuild-CWA on March 19, garnering 72 percent of the vote.

“The Morning Call Guild can now begin the productive work of negotiating with Tribune Publishing for a fair contract,” workers wrote in a press statement.

The Morning Call staff is the latest in a wave of newsrooms to organize with The NewsGuild over the last several years and the sixth to win recognition from Tribune Publishing. The company, which granted recognition to similar groups voluntarily over the last year, refused to do so in Allentown, and forced the National Labor Relations Board election.

The new unit consists of 47 editorial employees. The members of Morning Call Guild will become part of the NewsGuild of Greater Philadelphia, Local 38010.

“I’m excited and proud to be part of the overwhelming majority of Morning Call journalists who voted ‘yes,’” said reporter Peter Hall. “I believe today’s result will be positive for the newsroom employees, the newspaper and the community it serves.”

“It’s been inspiring and empowering to see the outpouring of support from colleagues near and far,” photographer April Gamiz said. “I’d like to thank all of our backers for sharing this historic moment with The Morning Call Guild.”

A super-majority of editorial employees had signed a petition seeking voluntary union recognition, which was delivered to local management Feb. 25.

“We made our intent to unionize clear with our petition and backed it up with our vote,” said reporter Tom Shortell. “We look forward to working with Tribune to continue producing excellent journalism in the Lehigh Valley while working to secure fairer pay, stronger benefits and greater stability.”