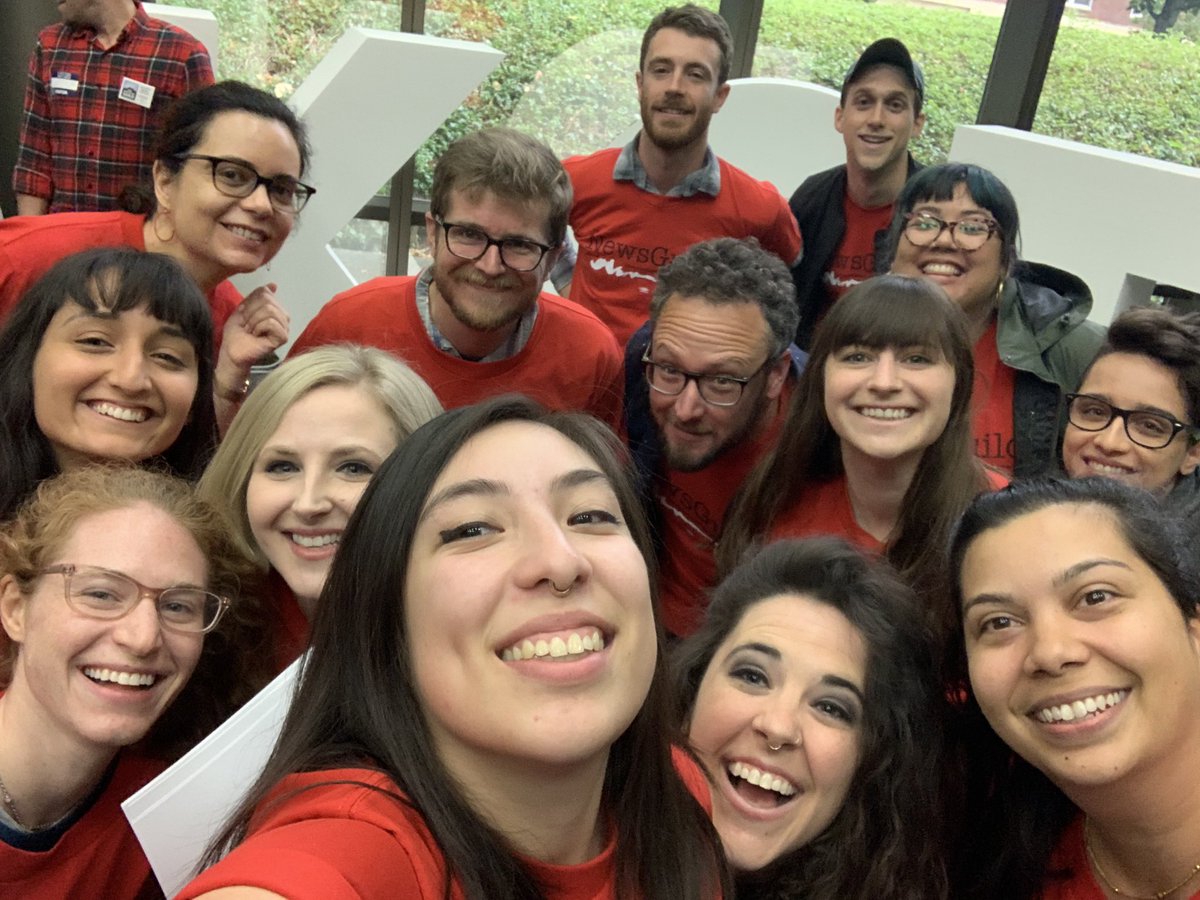 Together, the employees are petitioning Cascade Public Media, the parent organization of both Crosscut and KCTS 9, to voluntarily recognize their bargaining unit.

On Monday, members of the union organizing committee presented management with the request for voluntary recognition after nearly 90 percent of eligible staffers signed cards signaling their desire to be represented by the Pacific Northwest Newspaper Guild, Local 37082, of The NewsGuild-CWA. Organizers also filed a petition for a union election with the National Labor Relations Board.

The unit will cover approximately 20 reporters, producers, video editors, digital staffers and photographers.  Crosscut and KCTS 9 merged under the umbrella of Cascade Public Media in late 2015.

“Crosscut and KCTS 9 provide a vital service to the local community. Yet in the past year, our newsroom has struggled to hire and retain experienced talent, and has suffered from a high rate of turnover,” said Jennifer Dev, a member of the union’s organizing committee. “By unionizing, we can help create the right environment to support our journalists and make our work sustainable, so we can keep working to inform our community.”

The union campaign at Crosscut/KCTS 9 is part of an upsurge in NewsGuild organizing drives in newsrooms across the country — including recent victories at Ars Technica, Pitchfork and Quartz (May 2019), Center for Public Integrity (November 2018), Hartford Courant (February 2019), The Los Angeles Times (January 2018), The Chicago Tribune (May 2018), and Maryland’s Capital Gazette (December 2018).

“Congratulations to the employees of Crosscut and KCTS 9, who are fighting for a better life and for quality journalism,” said NewsGuild President Bernie Lunzer. “We stand with them.”

Photo: The journalists of Crosscut and KCTS 9 are all smiles after notifying management that they are forming a unit of The NewsGuild-CWA.