April 29, 2020 – The journalists of the Idaho Statesman spoke with a unanimous voice Wednesday, voting 18-0 to form a union.

The vote is part of a surge in NewsGuild organizing and marks the third union victory in two days. (The Timesland News Guild, covering the Roanoke Times, and the VTDigger Guild, covering Vermont’s online nonprofit news site, won recognition on April 28.) 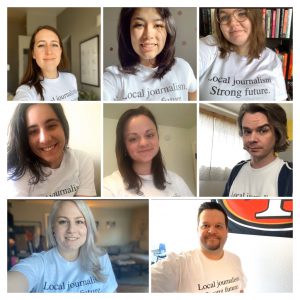 The Idaho News Guild represents all non-manager newsroom employees at the Idaho Statesman, including news and sports reporters, social media editors, a photographer, a columnist and clerks. The union will immediately begin to fight for fair wages, job security and improved benefits.

“We are fighting to preserve local news in Idaho,” reporter Kate Talerico said. “We look forward to working with management toward a fair contract that ensures a strong future for the Statesman’s essential journalism.”

The election caps a two-month process to formalize the newsroom’s union. The Idaho News Guild first announced its intention to form a union on March 2 with unanimous support. The McClatchy Co., the Statesman’s parent company, refused to voluntarily recognize the union, creating the drawn-out process that saw two delays because of the coronavirus pandemic, the union said. 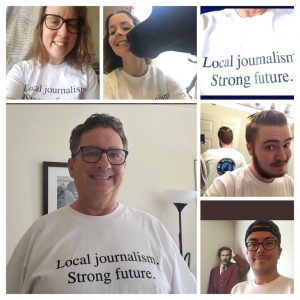 The vote was conducted via a mail ballot at the Denver regional office of the National Labor Relations Board. The victory authorized the Idaho News Guild as a unit of NewsGuild-CWA.

‘No place in our democracy.’ NewsGuild condemns arrests, assaults on journalists.