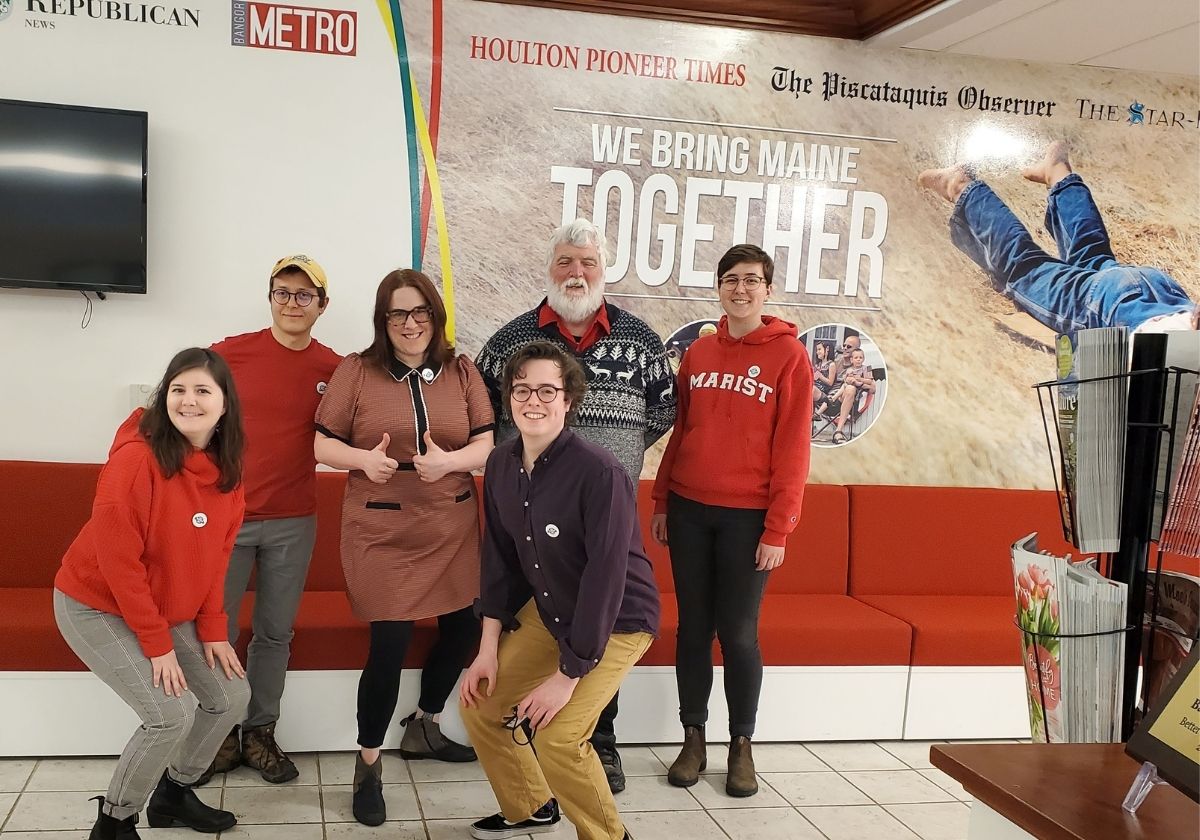 May 6, 2022 – Update: The Bangor Daily News “has indicated it will voluntarily recognize our union,” union members tweeted on Friday. “We know this is so because we effectively organized our co-workers and demonstrated strong solidarity,” they said.

May 4, 2022 – Newsroom staffers of the Bangor Daily News and Bangor Publishing announced Wednesday that they are unionizing with The News Guild of Maine, Local 31128.

“We choose to work here because we value an independent press, and because we are committed to reporting the truth about local governments, schools and institutions, and to telling the stories of Mainers,” they said in a press statement.

The group will fight to keep staffing levels sufficient to fulfill that mission and reduce destabilizing staff turnover. They also will advocate for pay equity, fair reimbursement and benefit policies, and work schedules that reflect the time they actually devote to their jobs, they said.

“In the bit more than two years that I’ve been with the BDN, I’ve seen many smart, caring reporters come and go,” said political reporter Jessica Piper. “For the newspaper to thrive, we need talented staff to stay. Our union can ensure that everyone at the BDN has a seat at the table, and that staffers are empowered and supported as we work to inform our communities.”

The Bangor Daily News is Maine’s most-visited digital news website, and one of its oldest newspapers. It has been operating as a family-owned business since 1889.

“What is the BDN? It’s us, the reporters, photographers, web editors and designers who produce the newspaper every day,” said photojournalist Troy Bennett. “Let’s seize this opportunity to come together and bargain on the matters directly affecting us. It’ll strengthen the paper and all of Maine journalism.”

The News Guild of Maine has represented employees at the Portland Press Herald and the Morning Sentinel for decades. “Our state requires journalists to hold powerful people accountable and tell the stories of our communities,” the group’s Executive Board said. “When our press thrives, so does our democracy. But if newspapers like the Bangor Daily News cannot attract or retain journalists because of untenable working conditions, all of Maine suffers.”