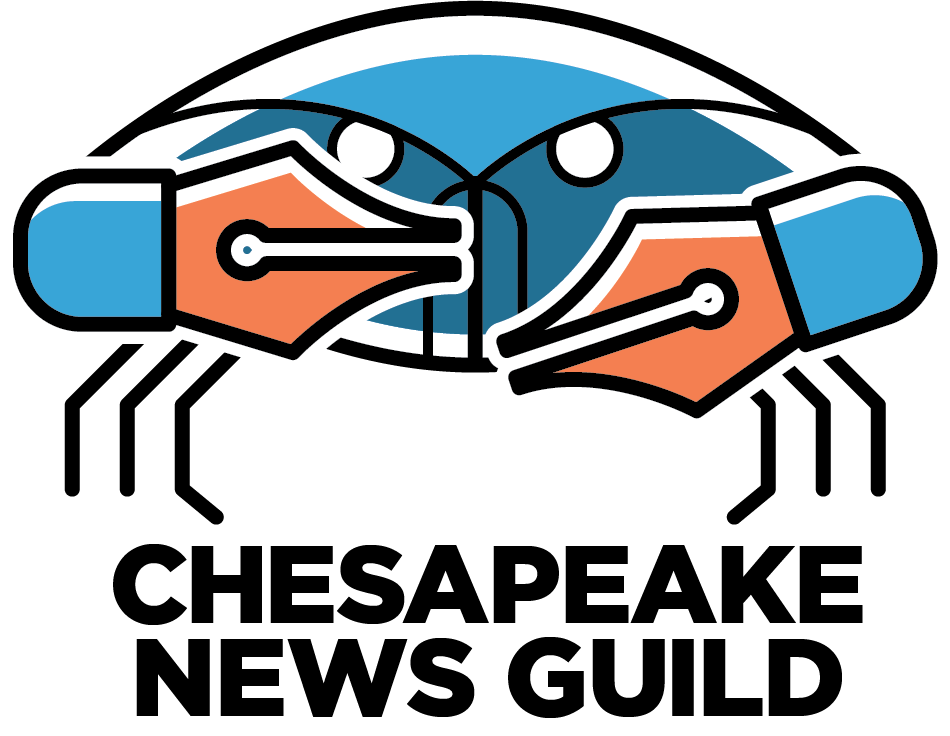 “We did it!” a tweet by the Chesapeake News Guild declared. “We are grateful for quick action and are glad we can move toward negotiating a strong, fair contract,” the group wrote.

“Obviously, we are very excited,” reporter Cody Boteler told the Baltimore Fishbowl. “We are grateful that Tribune is willing to meet us at this point, instead of going through the time-consuming process of an election.”

Before contract negotiations begin, a neutral arbitrator will verify that the union authorization cards submitted by the Guild constitute a majority of eligible employees.

The three news organizations will form a single bargaining unit, the Chesapeake News Guild, which is part of the Washington-Baltimore local of The NewsGuild-CWA.

The papers are owned by Tribune Publishing and together they make up the fourth group to unionize at Tribune-owned news outlets this year. (The others are the Chicago Tribune, the Tidewater [VA] Media Guild and the Los Angeles Times, which Tribune Publishing sold just weeks after workers there won an overwhelming vote in favor of unionizing.)

“Local journalism is unique,” the union organizing committee wrote in an open letter when they announced their decision to form a union in November.

“We are your neighbors, the eyes and ears of your communities. We report on what matters most to you every day: the crime down the block, the local football team, your child’s school,” they said.

“As local news outlets dwindle, we know now more than ever that quality community news is a gift too precious to lose… We want respect for the work we do and a living wage to go along with it. We want real investment in our newsrooms and the people who make them work.

“We want a seat at the table.”