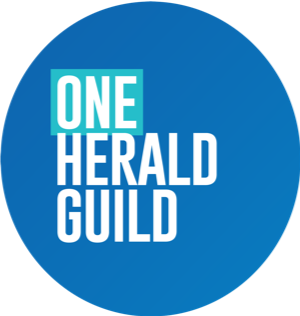 Oct. 2, 2019 – The journalists of the Miami Herald, el Nuevo Herald and Miami.com took a major step Wednesday toward forming a union. Organizers say they are seeking “to preserve the award-winning journalism produced at one of Florida’s most respected newsrooms.”

“Among those committed to the effort are seasoned journalists who have brought the joy of Pulitzer Prizes to the newsroom, and rookie reporters whose passionate pursuit of journalism serves as an inspiring reminder to their colleagues. Together, they represent a mosaic of the communities they cover,” organizers wrote in a press release published in English and Spanish.

“Local journalism is stronger when journalists feel secure in their work and their jobs,’’ said Julie K. Brown, a Pulitzer Prize finalist and investigative reporter responsible for the award-winning series that exposed the Jeffrey Epstein plea deal.

Antonio M. Delgado, a senior reporter with el Nuevo Herald, said, “Given the tough conditions shaping our industry, it is now more important than ever for journalists to organize and face together what has become a very uncertain work environment.”

Over the past decade, under the direction of the McClatchy Corporation, hundreds of positions have been eliminated through buyouts, layoffs and consolidation.

“These changes have had a direct impact on the ability of journalists to do their jobs, but they were often made with no input and little warning,” the press release said. “The union intends to change this approach.”

A mission statement drafted and signed by more than 70 percent of the newsroom employees says, “We are uniting because we believe a union will protect our rights and enable us to have a voice in the decisions that affect our ability to do the kind of journalism our community deserves, covering issues that matter to it the most.” [Nuestra Misión en espanol.]

“We are confident that our newsroom leaders want the same thing that we do: a strong, sustainable publication. This is our first step to preserving the Herald’s journalism for generations to come, to making sure our institution will continue to hold the powerful to account by preserving its most important resource: its staff.”

Employees are seeking a stronger voice in the newsroom on issues related to hiring, wages, and leave, as well as editorial and financial decisions that have a daily impact on their lives.

One Herald Guild is joining thousands of journalists who have formed unions to demand a voice in setting the course for their future. It is asking the McClatchy Company to voluntarily recognize the union as media companies across the country have done over the last 18 months, including the Chicago Tribune, the Los Angeles Times and the Florida Times-Union.

If the company fails to voluntarily recognize the union, signed cards will be filed at the Tampa regional office of the National Labor Relations Board, triggering an NLRB-monitored election by the Herald staff in the next 20 to 40 days. If a majority of those voting cast ballots in favor of unionizing, the newsroom staff of nearly 100 professionals will begin working with McClatchy to negotiate a first labor contract.

The Miami Herald, el Nuevo Herald and Miami.com have a combined circulation of about 78,700 daily, 123,000 on Sunday and average monthly page views of 37 million.