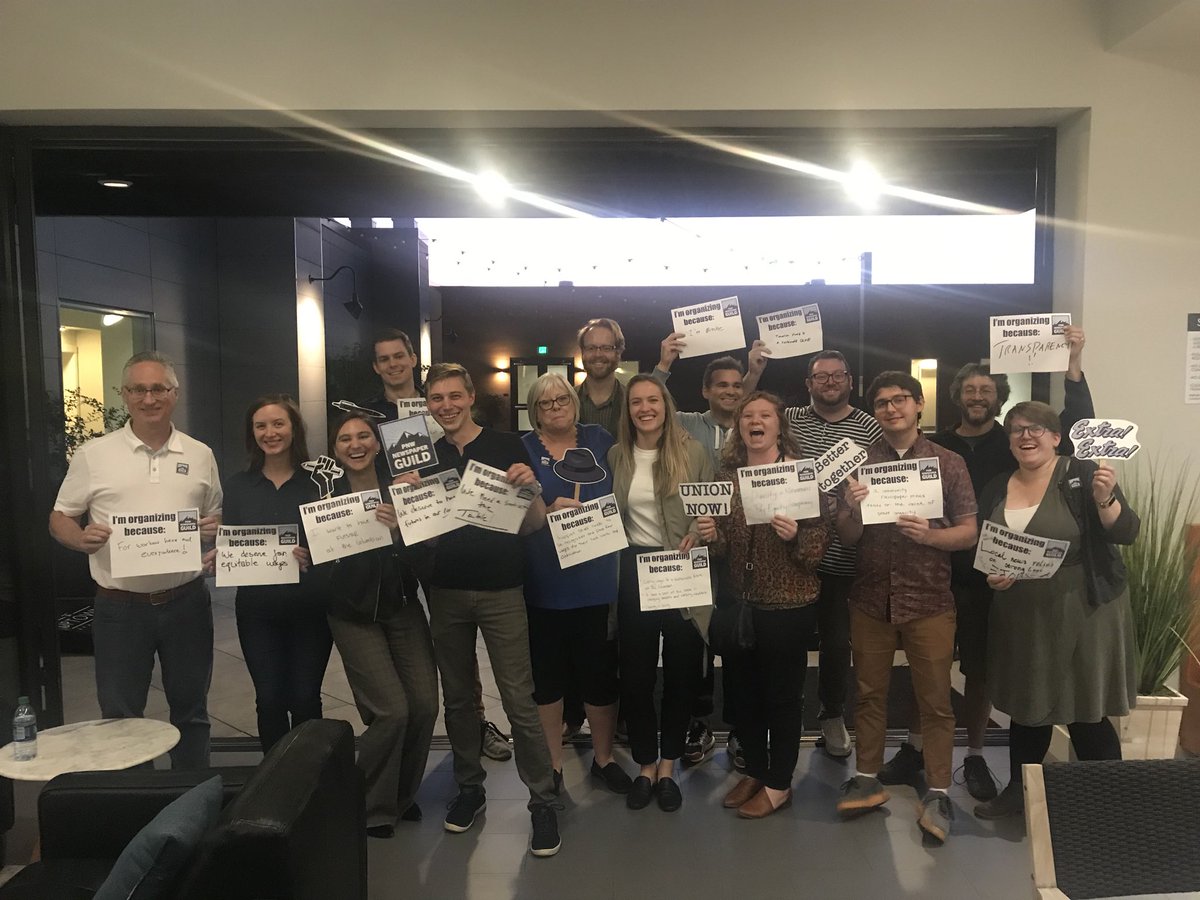 An overwhelming majority of reporters, photographers, copy editors, designers and editorial assistants have signed cards indicating their support for the effort. The Columbian Guild will join the Pacific Northwest Newspaper Guild – Local 37082 of The NewsGuild, a sector of the Communications Workers of America.

The employees are seeking voluntary recognition of the union from Publisher Scott Campbell, citing strong staff support and a desire to work with the paper’s leaders toward a contract that benefits workers, management and the readers whose stories they tell.

The Campbell family has owned the paper since 1921. It was first published in October of 1890, and has served the community with award-winning journalism.

“We call on The Columbian to meet us at the bargaining table to set policies that promote job security, pay that reflects the cost of living and staffing that allows us to tell the stories of our community,” the group wrote in a mission statement. “We intend to bargain for equitable wages, greater diversity in the workplace, reasonable leave and health benefits, earned severance, and a fair and consistent grievance policy.”

Linda Lutes, archivist, who has been with The Columbian for 32 years, thinks unionizing is the only way to get proper acknowledgement for the people who make the paper strong.

“I want us all to be recognized for our hard work by receiving yearly raises, not just some of the employees,” Lutes said. “We need an environment that is driven by fairness so we can get back to a healthy workplace where every employee will feel respected and inspired to work harder.”

“I’m concerned about stagnant wages at The Columbian, but I decided to be a part of this union mostly because I want myself and my colleagues to have a voice in its future,” said Wyatt Stayner said.

Workers at The Columbian are part of an upsurge in recent unionizing organizing among journalists. Employees at more than 30 publications have unionized over the last two years, including at the Los Angeles Times, Chicago Tribune, BuzzFeed News, New York Magazine, and the Omaha World Herald. In newsrooms large and small, journalists are seeking a voice in the future of their publications.

In a mission statement presented to management and distributed throughout the newsroom, employees outlined their reasons for unionizing.

“To succeed in an uncertain future, The Columbian staff must face our challenges together, united in the conviction that strong local journalism requires strong local jobs,” the statement reads.

Scott Hewitt, a feature writer who has been with The Columbian for 22 years, said unionizing will help the paper produce better journalism for Southwest Washington.

“We all want The Columbian to succeed and thrive,” Hewitt said. “Greater transparency and fairness about pay and benefits, and a stronger voice for employees, will help the newsroom be a great place to serve our community with committed journalism every day.”