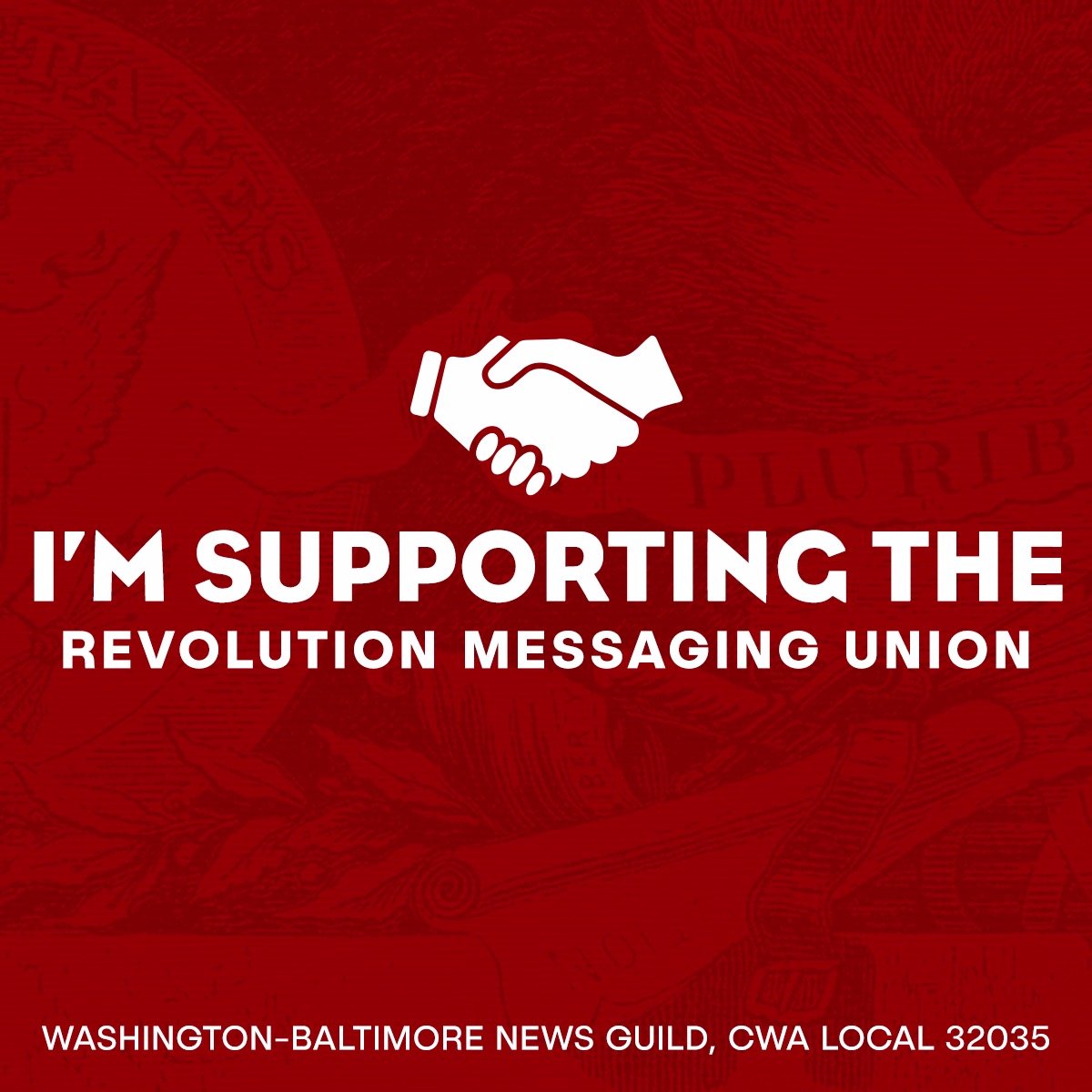 March 20, 2018 – The workers of Revolution Messaging have formed a union, winning voluntary recognition of their efforts about an hour after they announced their plans. They will join the Washington-Baltimore local of The NewsGuild-CWA, which will represent them in collective bargaining. There will be approximately 60 people in the bargaining unit.

In a letter sent to management on March 19, the staff said they were forming a union “in an effort to practice our organizational belief that the power belongs in the hands of the world’s workers.”

The company “has supported the labor movement in both theory and practice,” they noted. “From helping win a tipping option for Uber drivers through the IDG [Independent Drivers Guild], to playing a key role in passing two bills for MSEA [Maryland State Education Association] last year, and everything in between, Revolution Messaging employees have put countless hours of work into supporting unions and putting power back into the hands of the people,” they wrote.

“Our union will allow everyone at Rev to have a voice on the job and a seat at the table, which will undoubtedly help retain current and future employees, bolster our recruitment efforts moving forward, and attract business from clients who seek out unionized firms. At the end of the day, unionizing will only be better for business and for everyone who works here.”

The employees asked management to respond to the request for voluntary recognition of their union by noon on March 21, but they didn’t have to wait that long.

In a pinned tweet posted soon after it received the request, the company said, “We strongly believe in the power of the union. It’s part of our DNA. We believe in workers’ rights, labor rights, women’s rights and human rights. We are excited to work with our workers and their chosen representatives.”

Apparently, the revolution will be unionized.