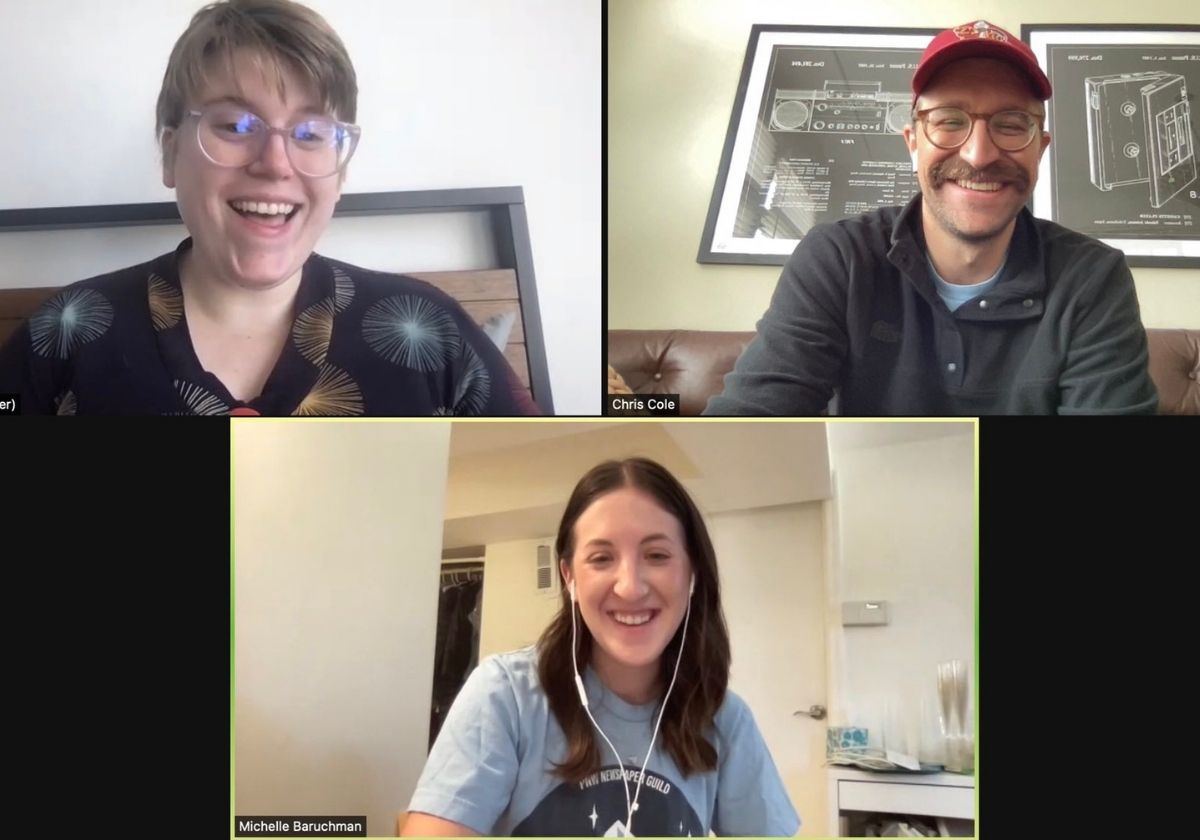 Three new Guild units celebrated Labor Day in style this year, winning impressive first contracts. They join a growing list of union members who have won durable workplace protections. A fourth unit negotiated a new contract – but not a first contract – as well.

The Seattle Times Digital Guild announced on the eve of the holiday weekend that they had reached a tentative agreement on a first contract that outlines regular raises for website producers, prioritizes consistent and predictable schedules, and creates training opportunities in digital positions.

The agreement is the culmination of more than 19 months of organizing and advocacy by a dozen website producers, engagement editors and video journalists. Workers are voting on ratification and will know results on Thursday.

The digital journalists’ print counterparts have a been NewsGuild members for decades. But when digital journalists sought to join them, the Seattle Times tried to block their inclusion in the unit, prompting a lengthy legal battle which the union ultimately won. They are part of the Pacific Northwest Newspaper Guild.

Members of Inside Higher Ed Guild, who are part of the Washington-Baltimore News Guild Local 32035, had plenty to celebrate on Labor Day too.

Their first contract, reached on Sept. 3, includes immediate raises of up to $11,000, no-cost health insurance, “just cause” protections, the addition of Juneteenth as a paid holiday, a prohibition on non-compete agreements and salary minimums.

And after about a year of bargaining the  ACLU of Kansas United announced they had reached an agreement with management that will “lay the groundwork for a future in which workers will be protected and supported.”

Among their victories: an explicit commitment from management to adhere internally to anti-racism and pro-democratic values, the reduction of a six-month probationary period to a three-month orientation that will focus on “true onboarding,” and salary increases ranging from 8% to as much as 25% for all associate-level staff. They are part of the United Media Guild Local 36047.

After joining the Chicago NewsGuild in January, members of the Staff Union of SEIU Local 73 negotiated with SEIU management for eight months before reaching a tentative agreement. At the same time, over the summer, they were instrumental in holding the line while thousands of SEIU members at Cook County Hospital went on the longest strike in its history.

“Without the solidarity of our sisters and brothers in the Chicago NewsGuild, we would not have been able to simultaneously keep the strike hot at Cook County Hospital and fight for a just contract for ourselves,” said Unit Chair Matt Foreman, who is a senior organizer at SEIU Local 73.

“We look forward to building worker power with our union, CNG-CWA, for years to come.”

Also in June, the Ziff Davis Creators Guild and the Quartz Union negotiated first contracts. The Ziff Davis unit represents journalists at AskMen, PCMag, and Mashable. The Quartz Union represents editorial staffers at the business publication. They and the Condé Nast units are part of The NewsGuild of New York Local 31003.