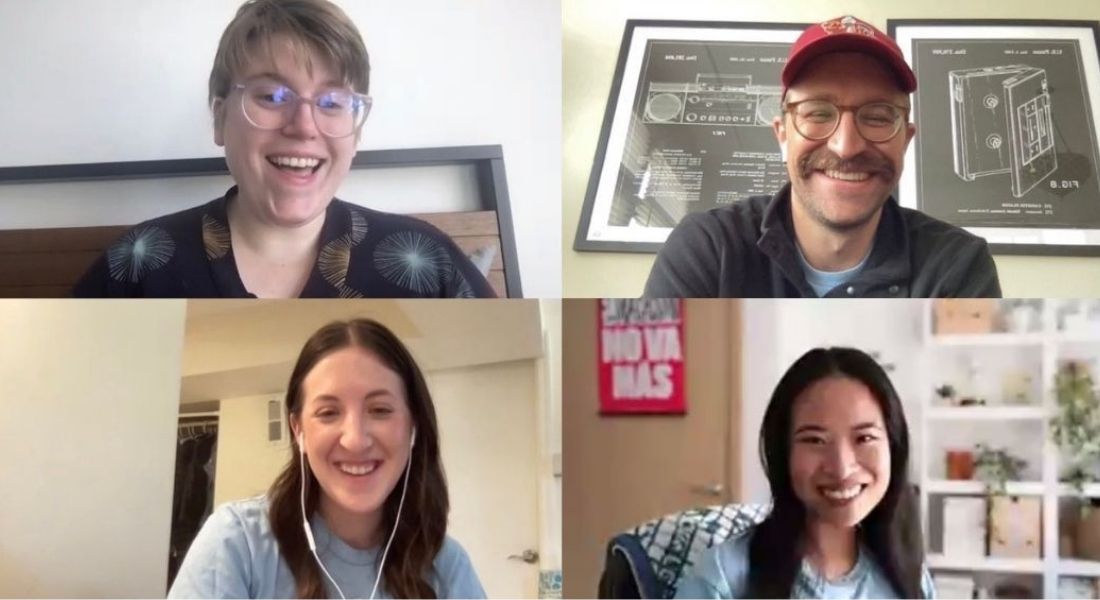 There is some big U.S. legislative news this week: the jobs tax credit in the Local Journalism Sustainability Act made it into the House Ways and Means Committee recommendations for reconciliation. This means it has a very good chance of becoming law.

Earlier this month we got the AFL-CIO to endorse the legislation, perfect timing ahead of all the activity in the House. And I heard last week that Majority Leader Chuck Schumer also endorsed the legislation, giving it good chances to survive in the Senate.

If you’re not familiar with the legislation, take some time to dig into it. The original legislation had three tax credits in it: subscriptions, local ads and journalism jobs. The reconciliation recommendations dropped the subscriptions and ad credits. But, the most important component: $25,000 as a tax credit for each journalism job is included for both traditional newspapers, digital-only publications and non-profits.

Some smaller organizations have already said the tax credit would enable them to increase the number of journalists they employ. This could be really good for our industry. I’ll continue to fight for our journalists as the language gets tweaked before it becomes law.

It’s also so important for you to continue to advocate for yourself and your colleagues. Thousands of our members are fighting for good, common-sense protections and we have to escalate those fights to make the companies hear our demands.

Which leads me to the next bit of news.

Over the weekend a top manager at the Arizona Republic tweeted, “Every business exploits the young – it’s called gaining experience, and I don’t regret it one bit.” He went on to say that it was appropriate for young journalists to work overtime without filing for it. “Prove yourself and they’ll pay you.”

The editor was ratio’d online and course-corrected. Apparently he has called reporters to apologize and the top editor of the Republic sent an email to the newsroom: “Employees who work overtime should record those hours…” He further said that the company follows federal and state law.

I joined bargaining with the Arizona Republic Guild last night and asked the executive editor and Gannett counsel for their official position on overtime pay. The company lawyer said, “we’re going to obey the law.” The top editor added, “We want people to live happy lives and have a good work-life balance.”

That was good to hear, but those are just hollow words when the company has refused to agree to language proposed by the journalists in Arizona. It’s time for Gannett to lead by example, rather than to continue to treat journalists with disrespect. We organize our newsrooms and workplaces to improve work-life balance and to better our workplaces. It’s not an evil grab. It’s about having a voice and being respected for the great work we do.

Fortune magazine postponed its prestigious CEO Initiative conference earlier this month in response to a strike threat by union members who are frustrated by a lack of progress on contract negotiations.

The conference would have been the magazine’s first in-person event in several years and was billed as “a forum for global corporate leaders committed to addressing major social problems as part of their core business strategies.” Fortune Union members, who are part of the NewsGuild of New York, planned to picket the event.

“The CEOI conference is all about moral leadership and progress and how business can be vehicles for the good,” Assistant Audience Engagement Editor McKenna Moore told The Daily Beast. “Fortune is not living up to those values.”

Members of the Fortune Union have endured significant layoffs and report that management has refused to budge on severance pay, protections from outsourcing, diversity and source protection. The company also insists on evaluating workers based on traffic and quotas. Fortune workers are continuing to bargain.

Three new units celebrated Labor Day in style this year, winning impressive first contracts! They join a growing list of members who have won durable workplace protections. A fourth unit that is new to the Guild negotiated a new contract – but not a first contract – as well.

The agreement is the culmination of more than 19 months of organizing and advocacy by a dozen website producers, engagement editors and video journalists. They are part of the Pacific Northwest Newspaper Guild.

Members of Inside Header Ed Guild, who are part of the Washington-Baltimore News Guild Local 32035, had plenty to celebrate on Labor Day too.

Their first contract includes immediate raises of up to $11,000, no-cost health insurance, “just cause” protections, the addition of Juneteenth as a paid holiday, a prohibition on non-compete agreements and salary minimums.

ACLU of Kansas United announced, after about a year of bargaining, they had reached an agreement with management that will “lay the groundwork for a future in which workers will be protected and supported.”

Among their victories: an explicit commitment from management to adhere internally to anti-racism and pro-democratic values, the reduction of a six-month probationary period to a three-month orientation that will focus on “true onboarding,” and salary increases ranging from 8% to as much as 25% for all associate-level staff. They are part of the United Media Guild Local 36047.

And members of the Staff Union of SEIU Local 73 negotiated with SEIU management for eight months before reaching a new tentative agreement. For much of that time they were instrumental in holding the line while thousands of SEIU members at Cook County Hospital went on the longest strike in its history. They are part of the Chicago NewsGuild.

After racking up record-breaking union organizing campaigns for four years in a row, it’s great to turn those wins into real progress at the bargaining table.

The Canadian Media Guild filed for conciliation in Ontario and Québec after bargaining talks with The Canadian Press broke down. The decision follows more than a year and a half of talks that saw little progress on major issues.

“The company continues to seek concessions from members who have already stepped up over and over again to help the employer weather some tough times, and enough is enough,” said CMG Representative Scott Edmonds.

If conciliation fails to help the parties settle their differences a strike or lockout is possible. The Canadian Media Guild is the largest local in CWA Canada and The NewsGuild-CWA.

Journalists at the American Independent, a digital publication that covers issues of interest to progressives, announced Sept. 2 that they are unionizing.

“Our industry is extremely rocky,” said Casey Quinlan, who covers LGBTQ issues for the organization. “We need to know that we have a tool to organize for ourselves.” Staffers want to have a say in how to expand their journalism and they want to formalize policies and basic benefits in a union contract.

The American Independent Union will become part of the Washington-Baltimore Local.

Developers at the San Francisco Chronicle had an important victory last week when the National Labor Relations Board ruled that they have the right to join the existing Guild unit. “The record demonstrates that there is long-standing collaboration between reporters and photographers and graphic designers, whose creations appear together in a single finished product,” the Board wrote.

The NLRB ruling confirms what the Chronicle newsroom and the Guild members across the country know to be true: The developers share a community of interest with their coworkers. They are now voting to join the Pacific Media Workers Guild Local 39521.

Have any NewsGuild members died from COVID-19? CWA is collecting names of members to feature at the October Convention. Please contact me at jschleuss@cwa-union.org if you would like to remember any members.

CWA is also collecting names of any local presidents or staff who have passed since June 1, 2019. If you have any names to include in memoriam, please contact me.

The next several sessions of our ongoing Stewards Training series are scheduled: Workplace Organization is set for 6-8 p.m. EDT on Wed., Sept. 15; Communication and Education is set for Sept. 29; Problem Solving is scheduled for Oct. 13, and Rights of a Steward is set for Oct. 27. NewsGuild stewards are invited to register for any or all of the sessions at the links above, but Problem Solving and Rights of a Steward are geared toward representatives who are working under existing contracts while Workplace Organization and Communication and Education are geared to stewards who are in units that are fighting for first contracts.

If you haven’t seen it yet, check out Power In Numbers, an opinion piece/photo essay from the New York Times with photographs by Damon Winter and text by Binyamin Appelbaum.

“It’s not easy to create a union in the United States, but some workers are determined to try,” the story notes. It goes on to feature photos of not one but two NewsGuild leaders – Lainna Fader, director of audience development at The New Yorker, and Rebekah Sanders, a reporter at the Arizona Republic who helped form the Guild local there.

But the beautiful treatment of the union movement compels me to call on NYT management once again to stop its anti-union campaign against the New York Times Tech Guild and let the workers vote! The group has been stuck in NLRB hearings and has spoken truth to power in all their work. I am excited to welcome them into our union when they get the chance to vote.