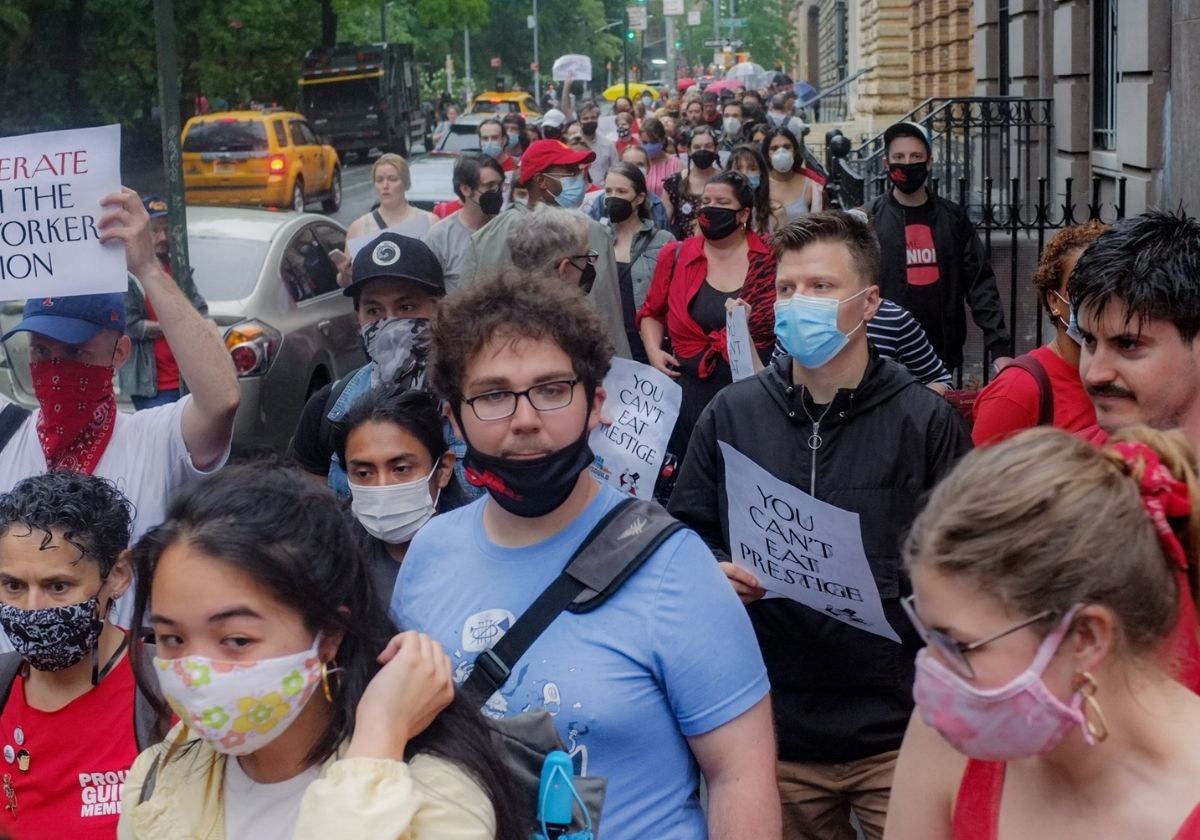 The unionized workers of Condé Nast protested outside the home of Anna Wintour on Tuesday to call attention to management’s refusal to negotiate in good faith with staffers at The New Yorker, Pitchfork and Ars Technica. They were joined by media workers from other unionized newsrooms, including BuzzFeed, Time and New York magazine.

Wintour, the company’s chief content officer and global director of Vogue, didn’t seem to be home, but her neighbors greeted picketers enthusiastically and handed out beverages.

Staffers of The New Yorker have been bargaining for a first contract for two and a half years, after winning union recognition in July 2018. In March they voted to authorize a strike — with 98 percent support — if negotiations broke down further.

They were scheduled to be back at the bargaining table on Wednesday.

The picket and strike vote are the workers’ latest efforts to force management to negotiate a fair contract. In October 2020, Sen. Elizabeth Warren (D-Mass.) and Rep. Alexandria Ocasio-Cortez (D-NY) backed out of The New Yorker Festival in response to a request from the staff. Former Attorney General Eric Holder also declined to participate.

On Monday, the group launched a new website that outlines their demands, features workers explaining why they voted to authorize a strike and lists ways readers can support them if a strike takes place.

“We still hope to reach a deal at the table,” they wrote, “but we are willing to do whatever it takes to secure fair pay and benefits, a diverse and equitable workplace, and professional respect. Help our union members get a deal by sending a note to Condé Nast executives David Remnick, Anna Wintour, Roger Lynch, Stan Duncan, and Twyla Perrin. Follow the prompts to learn more about an issue and customize your message.”