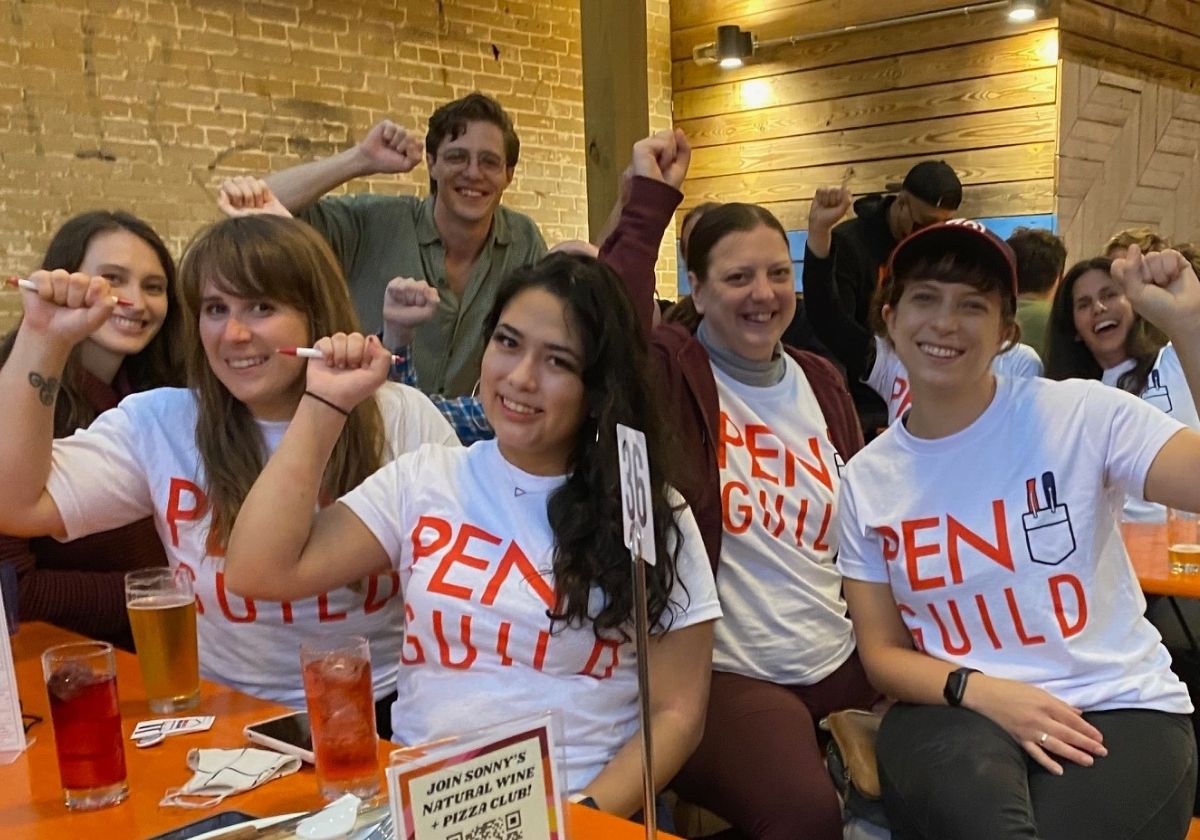 The staffers of POLITICO and E&E News won voluntary recognition of their union, PEN Guild, on Tuesday, 10 days after they announced they were unionizing. They praised “the good faith negotiations” that led to the agreement and said they “look forward to continuing that spirit in contract talks.”

Management reached out the day workers announced the formation of PEN Guild to say they were interested in voluntary recognition.

“I think that they saw that we had the support of an overwhelming majority of the newsroom and they were not prepared to fight that,” said Tanya Snyder, a Politico transportation reporter. “And I’m glad they made that decision.

“We’re really proud of the organizing we did, of the really positive campaign that we’ve led throughout – since going public and before,” she added.

In an email to staff, management wrote that The NewsGuild had submitted enough signed union cards to demonstrate “overwhelming support.”

With union recognition nailed down, Organizing Committee members immediately began informing coworkers about the new rights that brings. A legal protection known as “status quo” requires management to maintain the same wages, hours and working conditions that existed when the union was formed, unless they negotiate an agreement with the union or reach a final contract.

“Just a week-and-a-half after going public, we have all of these new protections,” Snyder said.

“So far, our relationship with management is off to a positive and fruitful start and we can hope continue that as we move toward contract negotiations,” she said.

Photo at top: PEN Guild members celebrate the launch of their union campaign on Oct. 29, 2021.