There’s been no slowdown in Guild news during this summer’s pandemic as every week brings new challenges for us to fight and new units for us to represent.

The big news was in Pittsburgh, where the Post-Gazette newsroom voted 88-31 last month to call a strike – joining three other CWA units at the paper, who also voted in favor of striking.

Authorization for the Guild local to strike is now in the hands of the Guild Executive Council and the CWA Executive Board. President Chris Shelton, in consultation with vice presidents and local leaders, picks the strike date.

The Guild local in Pittsburgh represents about 120 journalists and has been trying to negotiate a new contract for 3½ years. The company’s union-busting attorneys at King and Ballow recently unlawfully declared a negotiations impasse, against the Guild’s objections, and unilaterally imposed working conditions, based on parts of the company’s final contract offer, illegally eliminating major tenets of the expired contract under which union members had been working.

The Pittsburgh Guild filed several unfair labor practice charges with the NLRB for bargaining in bad faith, unlawful declaration of an impasse and unilateral imposition of working conditions.

Guild officers, reps and local staff are assisting our leaders and members in Pittsburgh and Toledo to get back to the bargaining table, prepare for escalating actions and a possible strike. Our workers in Pittsburgh need solidarity and support from the rest of the Guild. They’re dealing with owners hellbent on destroying our union and eviscerating a great institution.

Finally, the workers at the Delaware News Journal received certification for their union. The unit became the 39th Gannett unit to join the Guild. Workers were originally set to vote in March, but the NLRB suspended in-person voting and Gannett refused to agree to mail ballot voting for weeks. Workers in Delaware will join the Philadelphia NewsGuild 38010.

More Tribune Publishing workers vote to join the Guild. On Aug. 27, editorial staff at Tribune Content Agency and Daily Meal Ventures Inc. overwhelmingly voted in support of joining the Guild, with 92% and 100% margins respectively. The victory, with members spread across the country, is a real testament to the possibilities of remote organizing as most of these new members have never met each other in person.

The journalists organized to combat furloughs, the shuttering of Chicago’s Spanish language publication ‘Hoy’, issues stemming from a lack of diversity in leadership, and the prioritization of shareholder profits over communities.

“Our goal is simple,” said the new unit in its mission statement. “Ensuring the integrity of our newsrooms and well-being of our co-workers so that, amid industry upheaval and uncertainty, we continue to produce and provide the quality journalism our clients and their communities trust.”

We welcome them to the Guild!

Another win in Florida! Workers at the Miami New Times voted unanimously Aug 13 for representation by The NewsGuild. The vote came after management claimed that most of the proposed bargaining unit were management employees. The NLRB regional director rejected all the employer claims.

Meanwhile in Phoenix, the owners of the Arizona-based alternative publication Phoenix New Times are seeking to overturn a June 1 organizing win, claiming the deciding votes were cast by workers who should be excluded from union coverage.

The company wrote, in part, “The decades-old journalistic world where most people wrote their articles on typewriters simply cannot relate to the demands placed on the 11-regular-employee staff of a digital media publication.”

Exactly. That’s why those staffers voted to unionize.

In April an NLRB regional director ordered the election after rejecting all the employer’s arguments in a 16-page ruling. This appeal is merely a tactic to delay bargaining. The Phoenix group joins Media Guild of the West, local 39213.

Our members in Wyoming are fighting illegal cuts in hours and the Guild has filed unfair labor practice charges against the Wyoming Tribune Eagle after the company unilaterally reduced workers’ hours without bargaining.

Earlier this year, members of the Cheyenne News Guild, which is part of the Denver local, negotiated an end of July expiration date for the reduced 30-hour workweek. The expiration date was a major concession won by the union in the negotiations over cuts in hours.

The end of July came and went but the 40-hour work week was not restored.

Jewish Voice for Peace Wins Union Recognition: On Thursday, Aug. 6, staffers of the Baltimore chapter of Jewish Voice for Peace voted unanimously to unionize and were granted immediate recognition of their union by JVP’s leadership. The employees of the social justice organization will become members of the Washington-Baltimore Local 32035, which helped them organize.

The Pacific Northwest Newspaper Guild (local 37082) is looking for a new administrative officer to work for the local and support about 300 workers in Washington and Idaho. The local is looking for someone with experience bargaining contracts, organizing, representing members in grievances, advocating for diversity and inclusion initiatives and administrative duties. Base pay starts at $65,000 a year. Apply here.

The local is seeking immediate applications to replace Brad Sherman, who’s planning to move to New Mexico with his wife in the coming weeks. We wish Brad and Leah the best in their next adventure! 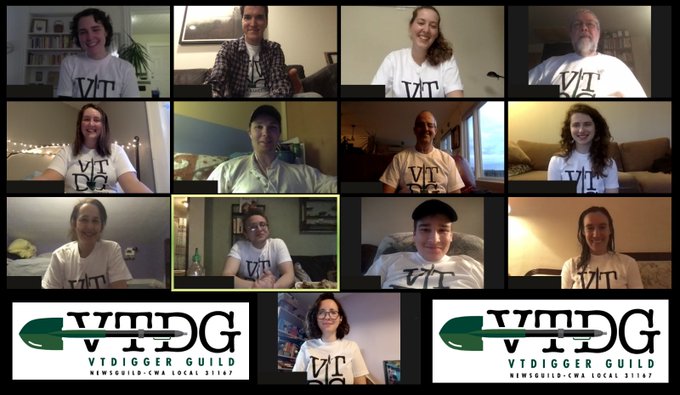 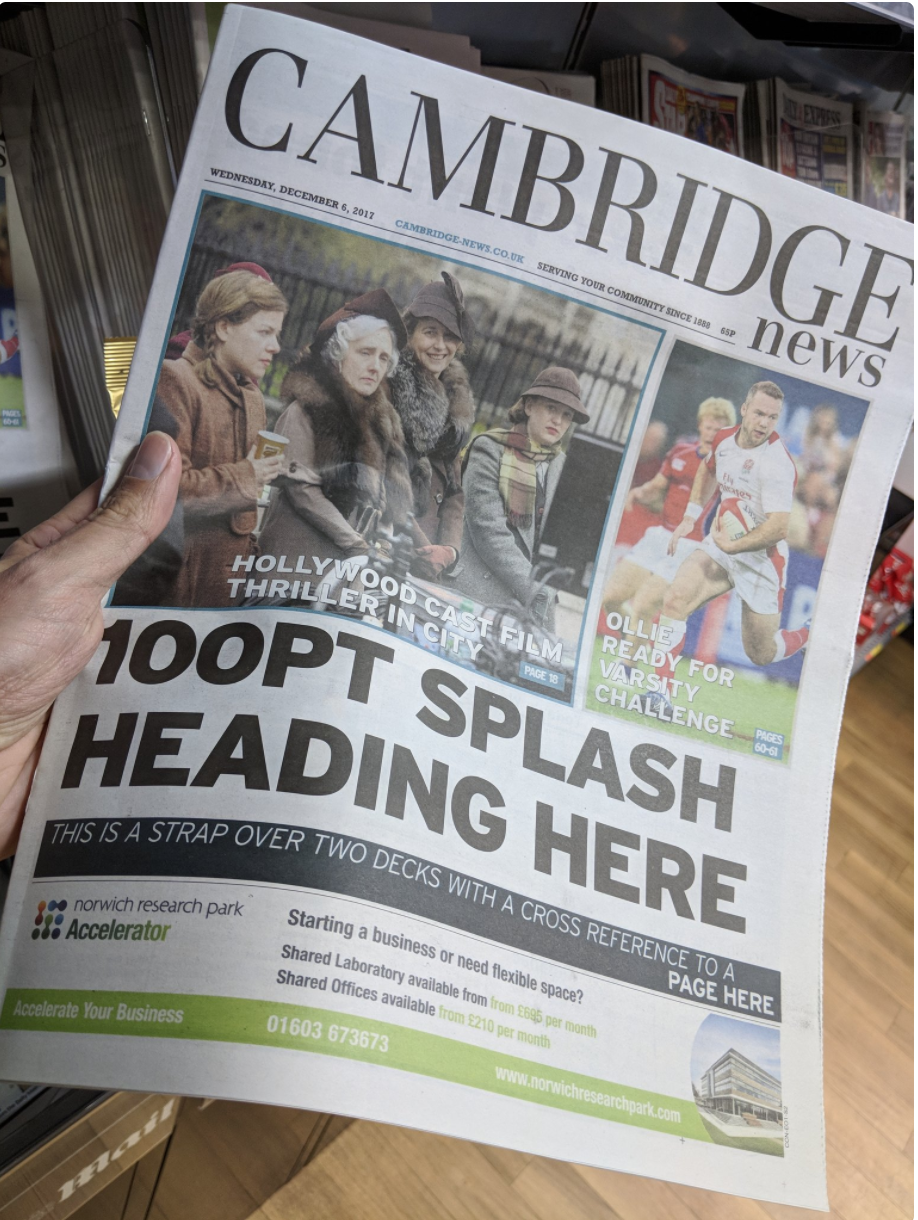 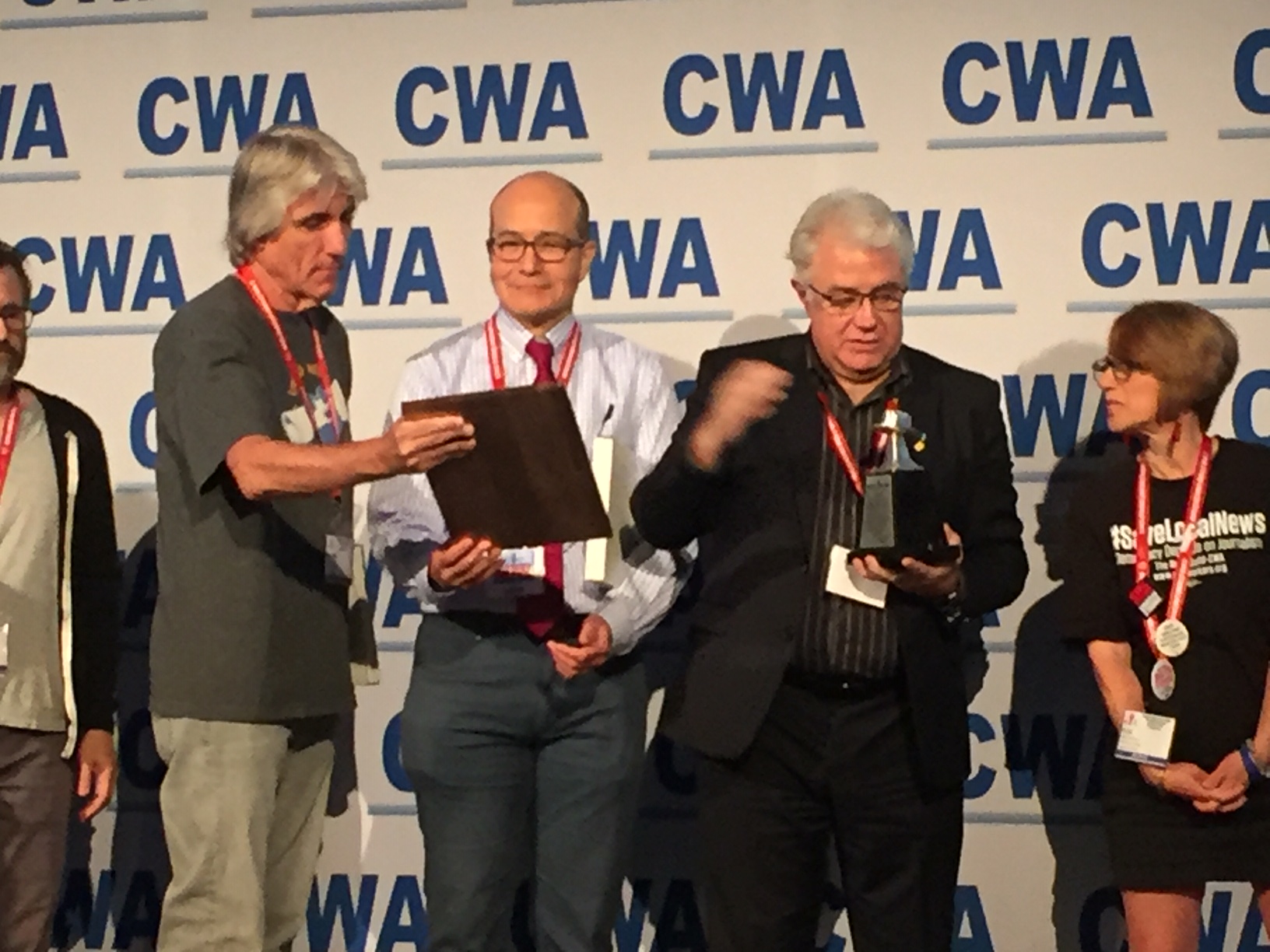