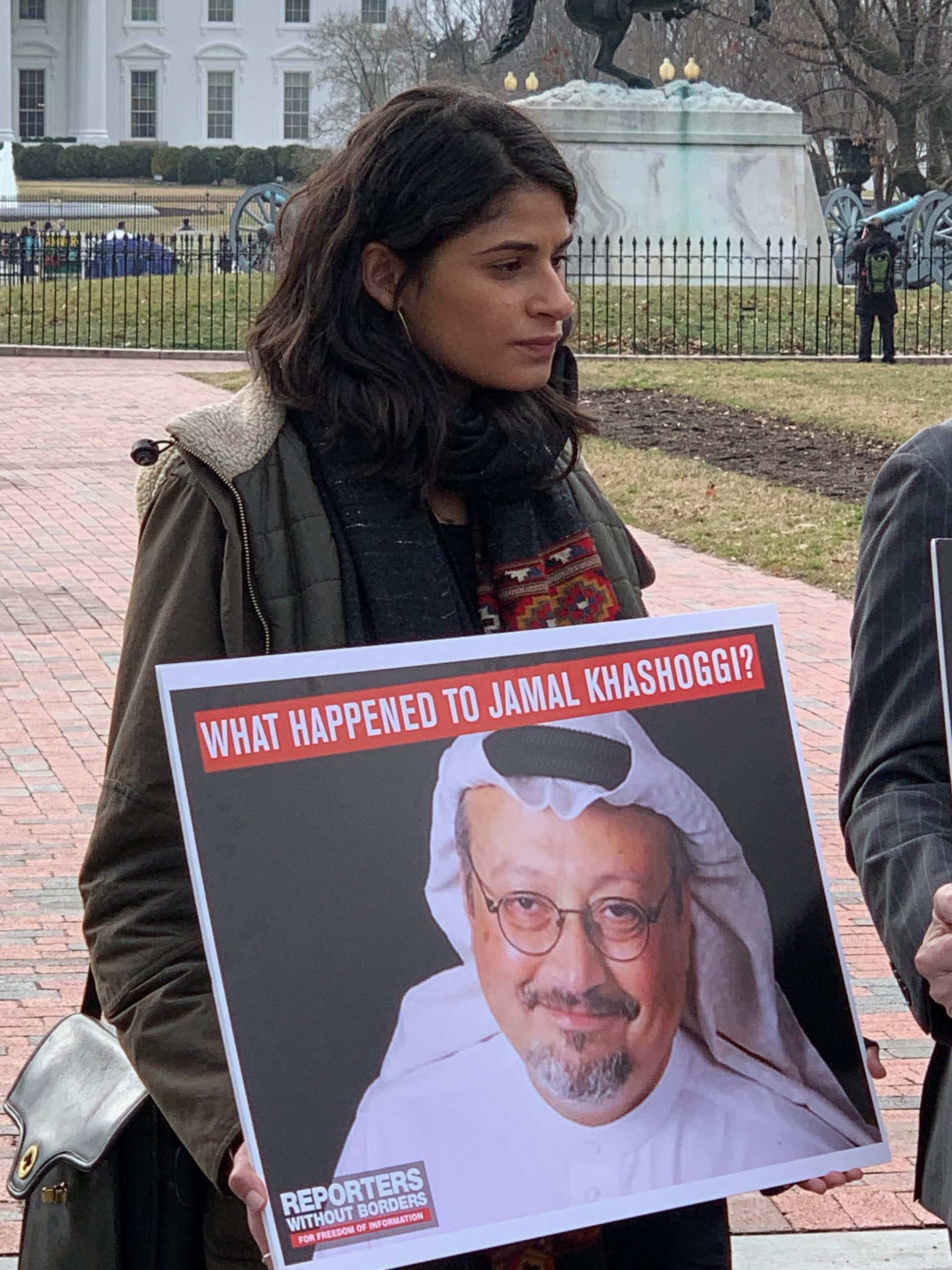 Bernie Lunzer, president of The NewsGuild-CWA, attended a news conference last week
organized by the Committee to Protect Journalists in Washington, D.C., held on what was
supposed to be the eve of the Trump administration’s report on the assassination of Khashoggi,
an American citizen.

Instead, Trump said Congress couldn’t set a deadline for him.

“This president’s refusal to acknowledge what his own intelligence agencies are telling him –
that Saudi Arabia is behind the grisly death of Jamal Khashoggi – is typical of a man who has
taken every opportunity to demonize our free press,” Lunzer said. “The Guild stands with CPJ
and all other groups who condemn this brutal murder and the administration’s failure to
demand accountability for it.”

Journalists at The Washington Post are NewsGuild members, although Khashoggi worked
outside the union’s field of representation.

The US-based Saudi columnist was killed inside the Saudi consulate in Istanbul on Oct. 2. The
Saudi kingdom eventually confirmed that Saudi agents killed him, but denied allegations that its
senior leaders were behind the murder.

On Monday, Secretary of State Mike Pompeo said the United States will continue to investigate
Khashoggi’s murder. He said the U.S. is not “covering up for a murder” despite ignoring last
week’s deadline.

It’s unclear what further evidence Pompeo needs. Agnes Callamard, the United Nations’ special
rapporteur leading an independent human rights inquiry into Khashoggi’s murder, said his
murder was the gravest violation of the most fundamental of all rights, the right to life.
“Evidence collected during my mission to Turkey shows prime facie case that Mr Khashoggi was
the victim of a brutal and premeditated killing, planned and perpetrated by officials of the State
of Saudi Arabia,” Callamard wrote Thursday at the end of her visit to Turkey.

“The murder of Jamal Khashoggi and the sheer brutality of it has brought irreversible tragedy to
his loved ones,” she wrote. “It is also raising a number of international implications which
demand the urgent attention of the international community including the United Nations.”

Callamard’s final report will be presented to the Human Rights Council in June.

CPJ’s event was the was the culmination of its #JusticeForJamal campaign, in which hundreds of
people around the world honored Khashoggi by sharing messages on postcards and social
media about why journalism matters to them.

Those gathered called on the administration to share information on Khashoggi’s murder, which the CIA concluded was likely ordered by the Crown Prince Mohammed Bin Salman.

“The most chilling message sent by the murder of Jamal Khashoggi is that no one is safe from
Saudi Arabia’s brutal reach. The U.S. Congress has rightfully condemned the murder and asked
for answers from the Trump administration, which has insisted on doubling down on the
‘special’ relationship with the repressive kingdom and discounted the findings of his own
intelligence agency,&quot; said Courtney Radsch, CPJ’s advocacy director.

She called on the Trump administration “to come to terms with the fact that the world’s
outrage on Khashoggi is real and get behind bipartisan efforts for accountability. The U.S.
cannot stand passively on this case, and must draw the line and send a united message to Saudi
Arabia.”

Khashoggi’s body was dismembered and has not been found.