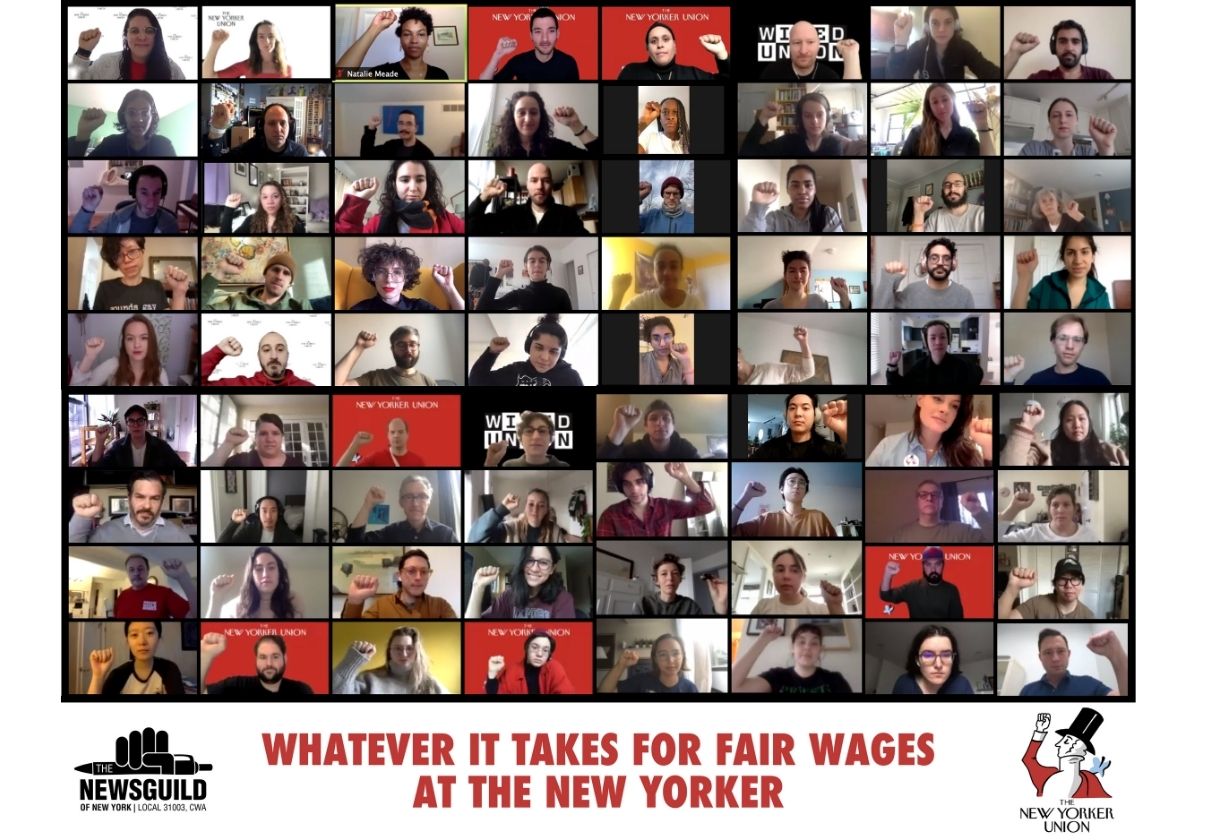 Members of the New Yorker Union engaged in a 24-hour work stoppage on Jan. 21 demanding fair wages and protesting management’s insulting response to the union’s wage proposal during contract talks.

After two years of bargaining over other issues in pursuit of a first contract, the union proposed a salary floor of $65,000 and annual increases so that entry-level employees would be able to support themselves in New York City.

Union negotiators called management’s response egregious and disrespectful: it included a salary floor of $45,000 and a discretionary “merit”-based increase system that wouldn’t guarantee yearly raises. Management also wanted to retain the right to decrease any union member’s salary by up to 20% at any time.

“The New Yorker wasn’t made for people who look like me, and while I dream of that changing, I know that people like me can’t work here. They can’t afford to work here,” said Naib Mian, a researcher at the magazine who sits on the union bargaining committee.

“Salaries are a diversity and inclusion issue,” he said. “And a magazine that’s at the forefront of the national discussion, especially around progressive issues, should not exclude those voices and should not be exclusive to the independently wealthy elite. But the status quo, and what management put on the table, enshrines that longstanding exclusion.”

“Negotiations have gone on long enough,” union members said in a statement announcing the walkout. “If management continues to reject basic concepts like competitive salary minimums and guaranteed annual increases, and refuses to swiftly bargain toward a contract that reflects the value of our members’ work, we will take further action.”