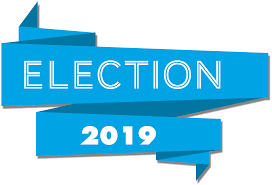 Following a historic re-run of the national election, Schleuss wins 4-year term for NewsGuild-CWA International President by a 465 vote margin/ 1,979 to 1,514.

NEW YORK — Jon Schleuss, a data and graphics reporter at the Los Angeles Times, was elected International President of the NewsGuild-CWA on Tuesday, defeating 12-year incumbent Bernie Lunzer after running on a platform to reform and modernize North America’s largest labor union for journalists.

At 32, Schleuss becomes one of the youngest presidents of an international union. The Guild represents about 20,000 journalists and other workers in the United States and Canada, including at the New York Times, the Washington Post, the Los Angeles Times, the Wall Street Journal, the Associated Press, Reuters, BuzzFeed News, the Canadian Broadcasting Corporation, Vice Canada, the AFL-CIO and New York Magazine.

“I could not be more honored, humbled and inspired by the faith and trust my fellow Guild members have placed in me,” said Schleuss, after the votes were tallied in New York City. “While I have won the office of President of the NewsGuild, the real winners here are the members who organized, mobilized, and claimed the future for their union and for themselves.”

Schleuss, whose four-year term begins immediately, won with 1,979 votes to Lunzer’s 1,514, reversing the result of a contest between the two candidates earlier this year. The Guild invalidated the previous election — in which Lunzer received just 261 more votes than Schleuss — following widespread complaints regarding the failure to ensure ballots reached all eligible voters.

The results of the earlier, disputed presidential election were announced last May. In his formal challenge of that vote, Schleuss outlined countless problems with the election proceedings, including the mishandling of ballots, the use of union resources to benefit the incumbent’s campaign, and failure to give members adequate notice both of the opportunity to nominate candidates for president and the union’s two other international offices and of the upcoming election itself. The Sector Election Referendum Committee of the NewsGuild-CWA was forced to throw out the results of the election and administer a re-run.

Throughout the process, Schleuss called for more democracy and transparency in the Guild at the international level, as well as for the long-overdue adoption of cutting-edge organizing, bargaining and communications strategies.

“I’m excited by the energy I’m sure he’ll bring to the Guild,” said Casper News Guild chairman Seth Klamann. “As the industry continues to change beneath our feet, it’s imperative we organize more newsrooms, big and small. Under Jon, I know supporting those efforts will be a priority.”

Schleuss thanked Lunzer for his 12 years of service to the Guild and pledged to heal any divisions that the two elections had opened within the union. Schleuss will immediately relocate to Washington, D.C., and will work out of the NewsGuild-CWA headquarters.

“We now have a stirring of wind at our backs, and we must build on our accomplishments,” said Schleuss. “It won’t always be easy, but our mission is to continue to grow the Guild and fight to preserve the future of journalism. We are committed to building the strongest, most transparent, and democratic union possible. Our members deserve nothing less.”

Schleuss was joined by supporters at Tuesday’s vote count, held at the downtown New York City offices of the American Arbitration Association, which conducted the election. Members were elated to hear the news, with dozens of rank-and-file members joining Schleuss outside of the NYC offices of the American Arbitration Association to celebrate the win on Tuesday afternoon.

“Our union has never been at such a critical crossroads, with surging interest in organizing newsrooms amid an uncertain media landscape. We need someone with the passion, energy, brains and guts to keep us on the right path, and Jon’s up to the job. Our members couldn’t be more fired up by this historic win,” said Law 360 reporter Juan Carlos Rodriguez.

“Today’s victory underscores the hunger our members have to align their union with the journalistic principles of democracy, transparency and accountability. I am thrilled by Jon’s victory, and excited to continue to build on the inspiring work of NewsGuild members across the country,” said Susan DeCarava, President-elect of the NewsGuild of New York, who just recently won office on a campaign of member-led reform.

A decade ago, Schleuss became online editor and managed a staff of journalists at the Northwest Arkansas Democrat-Gazette. He later worked part time as a reporter and weekend host at the local NPR station. In 2013, Schleuss moved to Los Angeles to join the Times. His award-winning journalism has included reports on disastrous wildfires, L.A. County’s shocking number of unclaimed bodies and lighter fare like an analysis of Girl Scout cookies. In 2018, Schleuss and his colleagues ran a historic campaign to secure union representation at the L.A. Times, after more than 130 years as a non-union newsroom.