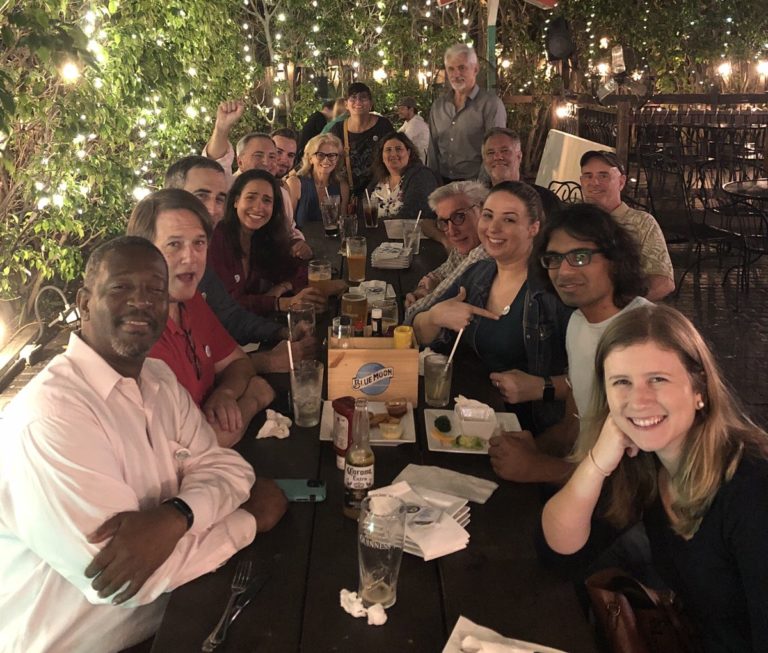 Feb. 19, 2020 – Journalists at The Palm Beach Post and The Palm Beach Daily News announced Tuesday that they are unionizing their newsrooms, adding to the surge of organizing among news industry employees.  In a letter to management, they requested voluntary recognition of their newly formed unit of The NewsGuild-CWA from the newspapers’ parent company, Gannett.

More than 85 percent of the newsrooms’ approximately 70 non-managerial employees signed union authorization cards during the past week, signaling broad consensus that a unionized newsroom would better position the papers to navigate a fast-changing media environment.

In a mission statement delivered Tuesday to the papers’ interim publisher, newsroom representatives asked Gannett to recognize the Palm Beach News Guild to “preserve our role as a resource in our community, a voice for the voiceless and a watchdog that holds the powerful accountable.”

Having a greater collective voice will allow journalists to collaborate more closely with editors and executives in ensuring that journalistic and community interests remain at the forefront when business decisions are made, newsroom representatives said.

“We’re confident that a democratic landscape will protect our journalists, editors, newspapers and community,” the guild’s mission statement said.

If Gannett voluntarily recognizes the Post’s and Daily News’ union, the guild will be officially sanctioned under federal law. If the company refuses, employees will vote on forming a union in an election supervised by the National Labor Relations Board, likely in a month.

The Post and Daily News are the latest of a growing number of newsrooms moving to unionize as corporate consolidations and shifts in ad revenue shake the industry.

The guild would join five other publications in Florida that have unionized since 2016, following successful efforts at The Ledger in Lakeland, the Herald-Tribune in Sarasota, the Florida Times-Union in Jacksonville and, most recently, the Miami Herald and el Nuevo Herald, and would become the fourth Gannett-owned publication to unionize since October 2019.