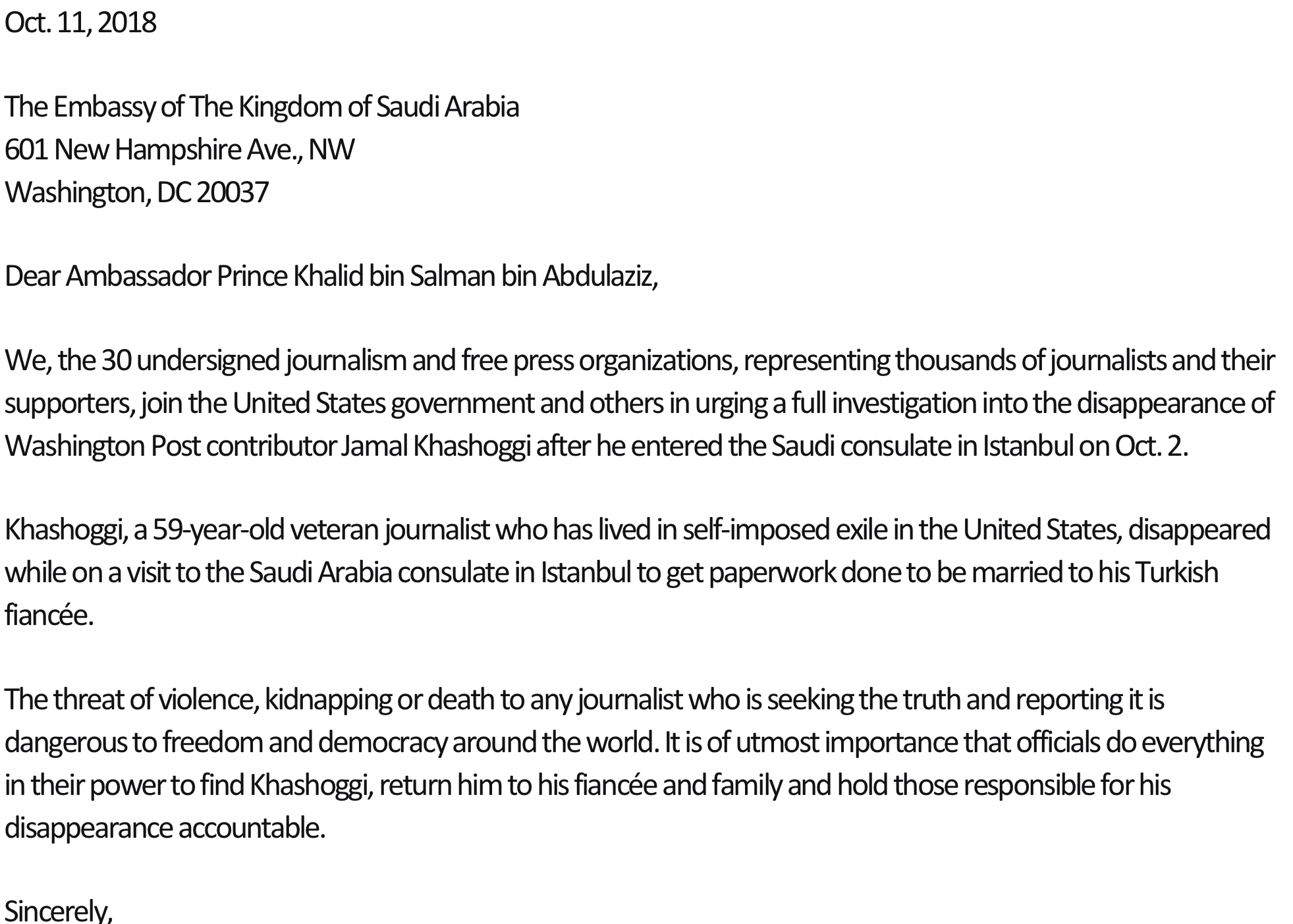 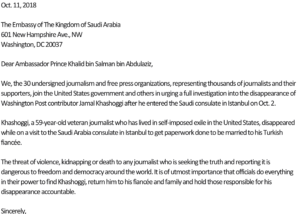 Jamal Khashoggi entered the Saudi Arabia consulate in Istanbul on Oct. 2, never to be seen again. We fear that he was killed because he was critical of the Crown Prince. He was a regular contributor to the Washington Post, and was in self-imposed exile living in Virginia.

“The threat of violence, kidnapping or death to any journalist seeking the truth and reporting it is dangerous to freedom and democracy around the world,” from the letter. The Guild calls on all governments to investigate all killings of journalists such as the recent incident in Bulgaria, and so many incidents in nearby Mexico. Khashoggi Letter 10102018.