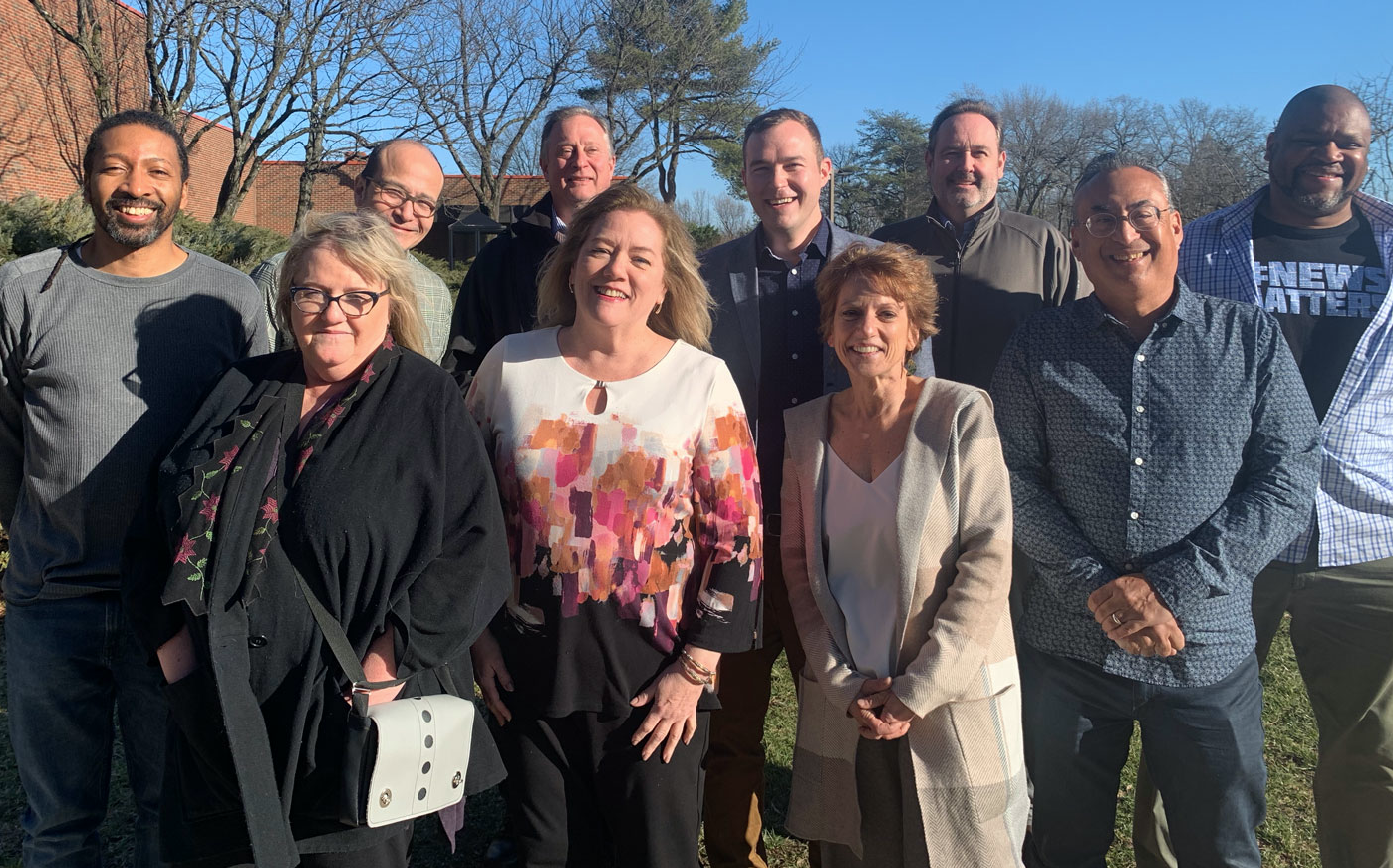 Jan. 9, 2019 – The Executive Council of the NewsGuild-CWA met Jan. 8 from throughout the U.S. and Canada for a full-day meeting in Maryland, the first session with newly elected president, Jon Schleuss. The group wasted no time in confronting the difficult issue of our continuing financial challenges and heard about projections for potentially eliminating a budget deficit. Critical to that is new revenue from the record-setting organizing of new members recently accomplished.

With nearly 19,000 members and several ongoing organizing drives, it is imperative that filling vacant staff positions are the highest priority, Schleuss and the EC agreed. Schleuss said a top priority is adding field representatives to aid bargaining efforts and to help get first contracts for an estimated 2,000 new members and successor agreements for established units.

Among other Q1 priorities Schleuss identified:

In this period of new leadership, the EC resolved that staff changes between now and when the EC next meets in April requires the review and approval of the EC. (For: Needham, Flowers, Cabanatuan, O’Hanlon, Gordon, Baker | Against: Schleuss, Mastrull, Cook)

The EC also voted to continue former President Bernie Lunzer’s service as one of three union trustee appointments to The Newspaper Guild International Pension Fund. He serves along with NewsGuild-CWA Executive Vice President Marian Needham and former TNG Secretary-Treasurer Carol Rothman. Union trustee appointments are subject to the approval of the EC. All present members voted in favor, it will be discussed again at the next EC meeting in April.

Legal counsel Barbara Camens delivered a sobering review of recent regressive procedural changes by Trump’s National Labor Relations Board that, in essence, give employers a lot more tools to beat back unionizing drives. They are not challenges the labor movement hasn’t faced — and overcome — in the past, she said.

As a token of gratitude for their years of service, the EC also approved gifting to Lunzer and Guild Coordinator Tina Harrison electronic devices they used in their work. For Lunzer, that is a Mac Pro and an iPad Pro. For Harrison, an iPhone 8. (Voting was unanimous for the Mac Pro and iPhone 8. Schleuss and Mastrull voted against gifting the iPad Pro to Lunzer.)