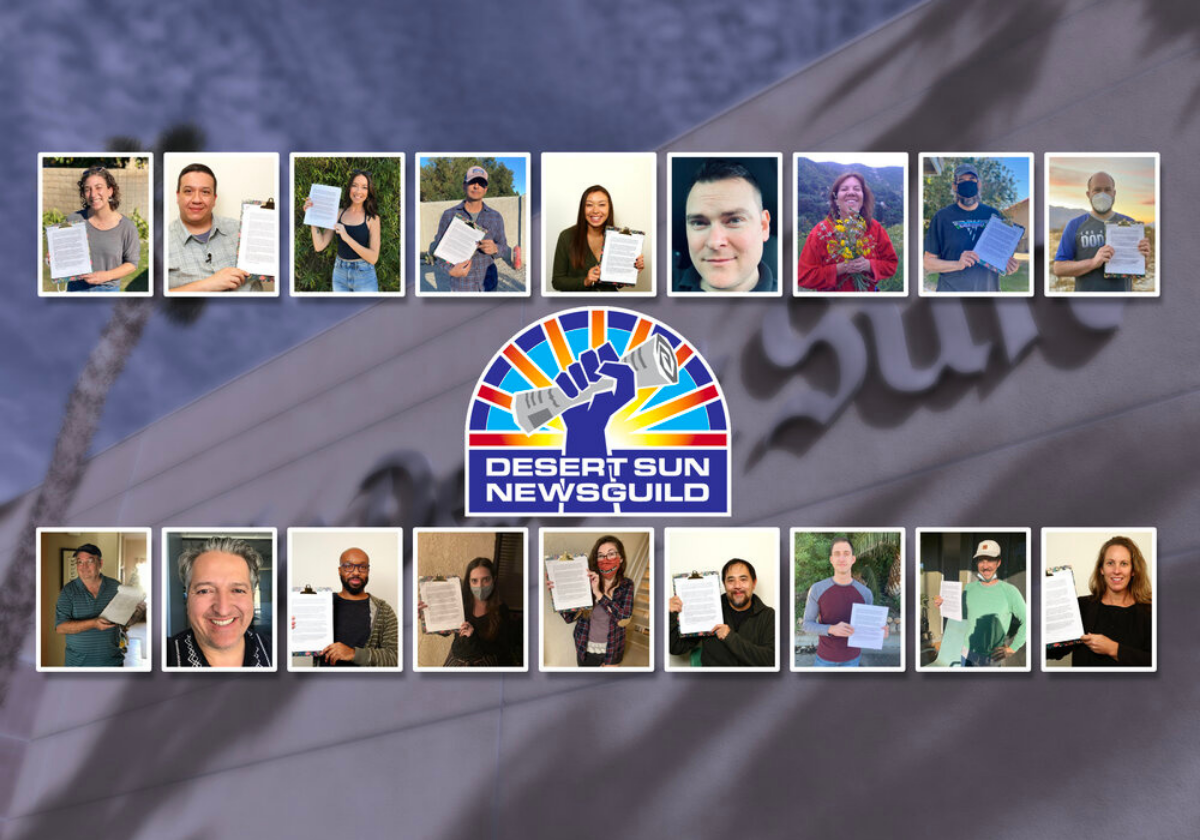 Journalists of The Desert Sun voted overwhelmingly in favor of unionizing as part of The NewsGuild-CWA on Wednesday, in mail-in balloting that was supervised by the National Labor Relations Board. They will join the Media Guild of the West local.

“This win is big because it reaffirms what I already know: our reporters, photographers and producers are united behind our steps to better the newsroom,” photographer and videographer Vickie Connor said. “I’m excited because I know we will bring this winning energy to the bargaining table to fight for the changes we want and need.”

Janet Wilson, senior environment reporter, said, “I’m grateful to my colleagues who worked incredibly hard to achieve this victory. Now, we can work collectively on issues like equitable pay and scheduling, job security and a diverse newsroom that represents the entire Coachella Valley. Hopefully, Gannett will speedily recognize these shared goals with a fair contract.”

The vote count came exactly two months after the newspaper’s staff announced their effort to form a union. At the time, they released a mission statement calling for fair treatment, diversity in hiring, pay equity and protections for veteran journalists.

Ninety percent of eligible employees signed union authorization cards indicating they wished to be represented by the NewsGuild, but Gannett — the newspaper’s parent company — declined to voluntarily recognize the union. Instead, through local management, they informed staff that they “respect the right of each of you to choose for yourself whether you do or do not wish to unionize.”

That choice has now been made.

The successful effort at The Desert Sun is part of a surge of organizing drives in newsrooms across the country, including at Gannett, which merged with GateHouse Media in a private equity-funded takeover in 2019. The company has laid off workers and frozen certain benefits during the pandemic. Consolidation has hit close to home, as several dozen Desert Sun employees were laid off last year when the newspaper’s printing press was shuttered.