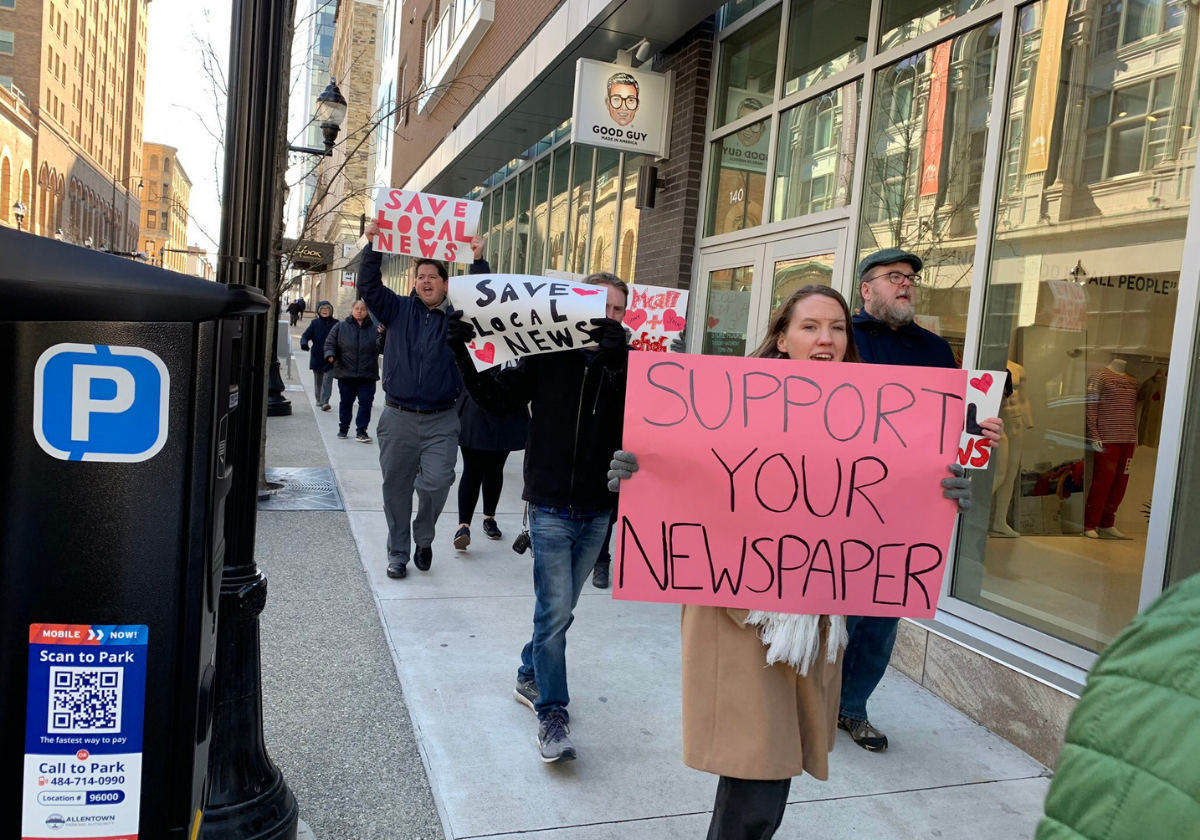 Yesterday, Marylanders got some great news: a local investor wants to buy The Baltimore Sun and other Maryland newspapers owned by Tribune Publishing. Other communities with Tribune papers got bad news: the vampire hedge fund Alden Global Capital wants to take over the rest of the company.

Respected business leader and Maryland native Stewart Bainum is the kind of civic-minded, local stakeholder that The NewsGuild and local union members have been recruiting to liberate Tribune newsrooms for more than a year. We’re excited to see Tribune Publishing is considering proposals from local groups.

At the same time, an Alden takeover of Tribune Publishing would mean hundreds of thousands of readers in communities across the country would suffer from the gutting of trusted local news sources. Alden’s track record is clear — slash, burn and bleed everything to death to keep short-term profits and cash flow high. Alden is undermining our communities, killing jobs and hurting our democracy. Alden is pursuing this expensive takeover while at the same time furloughing journalists at other Alden-controlled newspapers. They must be stopped.

The deal is not done yet and the sale details are still not public. We’re calling on shareholders, state attorneys general, other elected legislators and our communities to fight the takeover while supporting the sale to local groups like Bainum.

Bainum’s proposal would be a great asset to the entire state of Maryland, and a model for news organizations across the country—not unlike the Lenfest Institute, which owns the Philadelphia Inquirer, and whose executive director last month called for Bainum and individuals like him in cities like Chicago, Hartford, Allentown and Orlando, to rescue other Tribune Publishing papers from the slash-and-burn business practices of Alden.

But we must assume that the Bainum acquisition of the Maryland papers is an agreement with Tribune Publishing, and that it can move forward whether or not Alden ends up owning the rest of the company.

Closing the proposed Alden takeover of Tribune will also depend on Alden’s offer getting two-thirds approval from non-Alden shareholders. That means Tribune Publishing’s second-largest shareholder, California entrepreneur and philanthropist Dr. Patrick Soon-Shiong, will play a pivotal role in deciding the future for Tribune Publishing communities across the country. Soon-Shiong’s investment in the Los Angeles Times and San Diego Union-Tribune has created one of the most dynamic news organizations in the U.S., and represents a model for other community-minded investors.

We are enthusiastic to see Bainum’s purchase of Tribune’s Maryland newspapers move forward, preferably without an Alden buyout. We’ll continue to fight to save local news because our democracy depends on it.

Photo: Journalists of the Morning Call and community supporters at a 2019 march say, “Save Local News.”