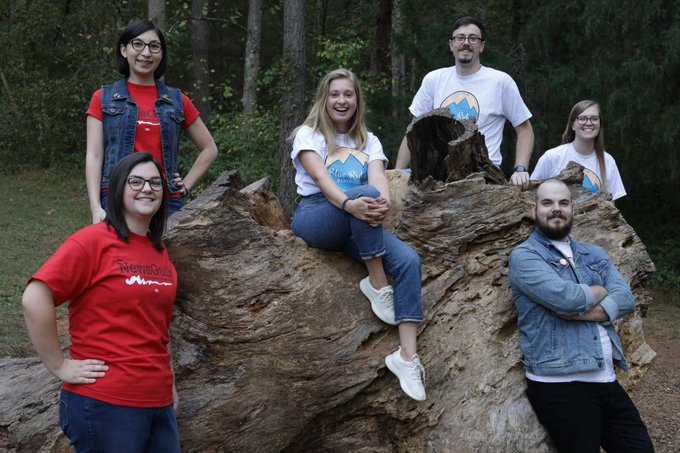 April 24, 2020 – Members of the Blue Ridge NewsGuild, which represents journalists at the Daily Progress in Charlottesville, Va., voted 14-0 to ratify a first contract with Lee Enterprises, the union announced on Friday. The collective bargaining agreement is the first in the paper’s 127-year history. “A new era at the paper begins now,” the union declared.

The agreement, which was reached after five days of negotiations during the pandemic, provides for “a fair and more sustainable salary scale,” the group said. Everyone in the unit will get a raise of at least 2 percent and no one will get paid less than $34,500.

The $34,500 minimum “was far from what we proposed,” the group said when they announced the tentative agreement on April 18, “but the floor will bring folks up to a more livable wage.”

When layoffs occur, employees will receive one week of severance pay for each year of service, with a minimum of four weeks and up to a maximum of 18 weeks. Those with more 20 years at the Progress will get up to 26 weeks of severance. Management must give two weeks advance notice of layoffs in writing.

The agreement also includes protections against rising health care costs and protection against reductions in hours. Workers covered by the contract will be moved to the company’s 401(k) plan.

The company also committed to interviewing at least one candidate from traditionally underrepresented groups for open jobs, and a newsroom committee will work on a plan to recruit and retain diverse talent.

The contract includes a “just cause” provision which means that employees may only be disciplined where management can show there was a valid reason to take disciplinary action. It also provides for two weeks of paid parental leave.

The two-year also includes two weeks of furloughs, to be taken by June 28.

Union negotiators said in a tweet when they announced the agreement that they knew heading into the talks that the contract “probably wouldn’t change the trajectory of local news in Charlottesville, especially as the COVID-19 pandemic takes its toll on the industry… “But with all the uncertainty ahead, we’ll get protection against hours reductions and a sense of job security.”

The full text of the agreement can be found here.