Online “strike paper” is part of an esteemed tradition

It’s rare for private-sector union members to go on strike these days. But it’s even rarer for journalists to walk off the job.

I remember occasionally bringing up the idea of a strike with fellow NewsGuild members when I was a reporter at The Monterey Herald from 2004 to 2014, but it always seemed like no one had the will or ability to make it happen. We had rent payments, mortgages, medical expenses, kids in college and so many other reasons that made the few dollars we’d receive in strike pay seem untenable.

We weren’t alone. The last newspaper strike I can remember was the great Detroit News and Free Press strike, which lasted two years and ended in 1997.

Looking further east, the city of Pittsburgh hadn’t seen a news strike since 1992.

But 20 years later, at noon on Oct. 18, reporters at the Pittsburgh Post-Gazette walked away after Pressmen, Mailers, Teamsters and Typographical union members struck earlier that month. Many had not had a pay raise in 14 or more years, and they allege the company took part in unfair labor practices. Since 2017, the Pittsburgh Guild has been stalled at the bargaining table with the paper’s owners, the Toledo-based Block family.

And like their predecessors in Detroit, the Pittsburgh workers are now doing something rarer still — since Oct. 21, they’ve been publishing a “strike paper.”

The term itself — if modern readers have even heard of such a thing — might evoke sepia-toned images of the era of newsies and Citizen-Kane-media-moguls.

But the strike paper is alive and kicking in western Pennsylvania, where Post-Gazette news workers are now producing an online publication called the Union Progress. Like strike papers of the past, it keeps workers and communities informed about the strike itself, and also keeps residents up on local news and events, filling a void left by the workers’ absence at the Post-Gazette.

The publication’s home page offers a robust mix of politics, sports and community news, as well as strike updates. It even published an in-depth history of the strike paper by Joshua Axelrod, a pop culture and media reporter at the Post-Gazette.

Meanwhile, workers from 14 Gannett newsrooms across the U.S. held a one-day walkout on Nov. 4 and they, too, produced an online strike paper. The Union Press provided local news and sports coverage alongside union updates.

Unlike strike papers of the past, Union Progress journalist But that doesn’t mean launching an entirely new publication is easy.

“It’s still a lot of work, especially while you’re also being on strike, which is a lot of work,”interim editor Bob Batz Jr. told SaveLocalNews.org.

Its output is staggering. As of Nov. 7, the weeks-old publication has produced 60 stories written under more than 20 bylines. Batz said there have been “another half dozen” photo credits, with a growing cadre of journalists helping to edit and work on back-end technology.

Besides strike updates, the site is heavy on community news — what Batz calls “stories that our pros want to do and that our public wants to read while our pros are not working at the Post-Gazette.”

It’s a way for Pittsburgh’s reporters to demonstrate their commitment to readers, and the stories published contain the same level of information and context you’d expect from professional journalists.

“The path to a majority in the Pennsylvania House of Representatives likely runs through about a dozen towns clustered together on the Allegheny River, just northeast of Pittsburgh,” reads the lede to an election story published Sunday, Nov. 6.

Another example of the kind of reporting that matters to communities is “OVERGROWN BRUSH ON A ROSS HILLSIDE HIDES THE FORGOTTEN STONES AND STORIES OF AFRICAN AMERICAN VETERANS,” which ran Nov. 11.

“These journalists are like thoroughbreds,” Batz said. “These horses have to run. So the Pittsburgh Union Progress gives them that outlet to do what is more than just a job, but is also an avocation and an important leg of democracy at this time.

“We’re taking our role very seriously and we want to keep doing it. …If we can cover an important story that other outlets aren’t covering, we will try to. But we’re also not afraid to have a little fun.”

That includes expanding arts and entertainment coverage along with a sports news “channel” that covers Western Pennsylvania’s high school football playoffs — “because our readers care a lot about them,” he said.

Fun also means riffing off the publication’s acronym, PUP. On the picket line, digital designer Tyler Pecyna and his wife, Cass Martin, Tweeted a photo of one of their dogs taking part in the protest.

Fun aside, strike papers have a history of producing important journalism.

During the 1994 San Francisco newspaper strike, the workers of the Chronicle and Examiner formed the online San Francisco Free Press. It published a scoop in its first week when it reported that Sen. Dianne Feinstein had been wrongly accused in the 1980s of hiring an undocumented worker.

In addition, the Free Press and another online publication called The Gate revolutionized the newspaper industry by showing that, as The New York Times put it, “the speed and relative ease with which both groups published electronic newspapers was a clear demonstration of the power of computers and digital networks for distributing information to a potential audience of millions of computer users worldwide.” (Of course, the Times article, published in 1994, did miss the mark when it added, “Even among the most dedicated cyber-surfers who are reading the San Francisco on-line issues, there is a feeling that electronic publications are not likely to replace paper any time soon.”)

The Madison Press Connection, a strike paper in Wisconsin, lasted from 1977-1980. Workers from five unions and three newspaper companies cooperatively produced the paper, which went from weekly to daily publication in 1978. It published numerous scoops that might have been less likely to run in the area’s mainstream papers, including an exclusive about local CIA spying during the 1960s and a 1979 article about secrets of the hydrogen bomb. Its very first issue beat the town’s larger papers with reporting on a proposed property tax hike.

Another strike paper, the Citizens’ Voice of Wilkes-Barre, Penna., was formed in 1978 by workers from The Times Leader newspaper. For its first 11 years, it was run by a NewsGuild local before its workers took ownership. They sold it to Times-Shamrock Communications in 2000. In 2014, Citizens’ Voice’s circulation surpassed The Times Leader’s. Forty-four years after it launched, the former strike paper has arguably become Wilkes-Barre’s local paper of record.

In Pittsburgh, the striking workers and their online paper are busy with picket lines and election coverage. But they also appear to be having a profound effect on the Post-Gazette’s owners.

On Nov. 5, after two years of silence, that paper’s management has finally agreed to sit down at the bargaining table with the Newspaper Guild, which represents roughly 100 Post-Gazette journalists. They’re scheduled to meet on Nov. 14.

Although the Union Progress is slated to shut down once the strike ends, for now it’s growing every day, and has nearly 1,400 followers on its Twitter account. 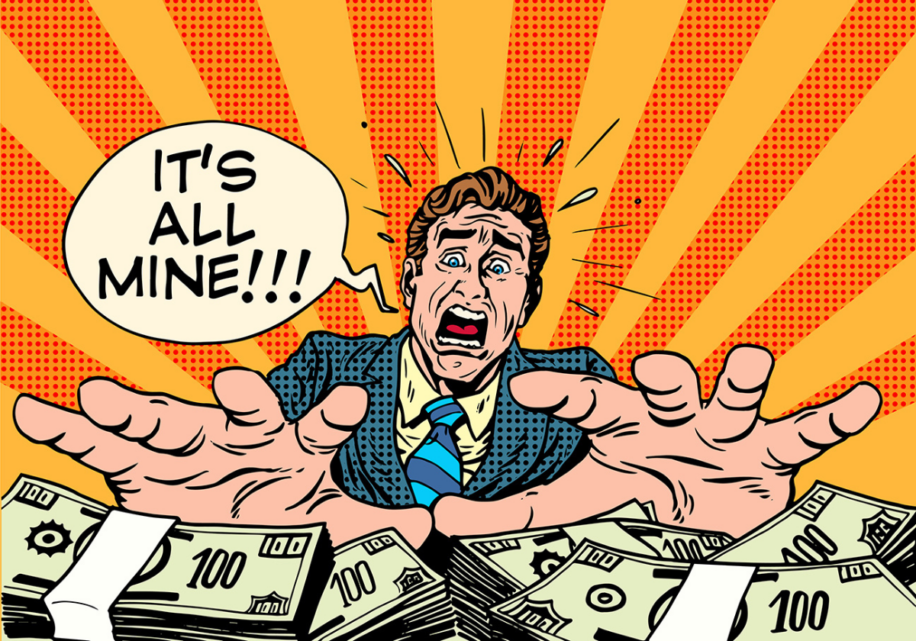 Editor’s Note: The article first appeared on the website Save Local News on Sept. 23.

END_OF_DOCUMENT_TOKEN_TO_BE_REPLACED 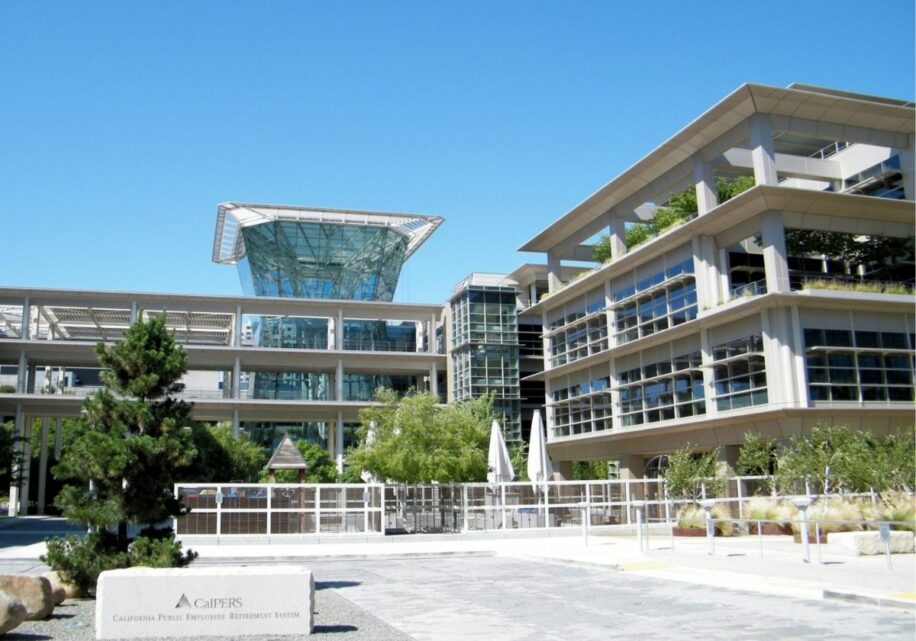 Editor’s Note: This story first appeared on SaveLocalNews.org on March 31, 2022.

Citing a New York shadow bank’s dual track record of “funding gun violence and death” and the destruction of local news, the NewsGuild-CWA is urging two of the nation’s largest public pension funds to divest from Cerberus Capital Management.

END_OF_DOCUMENT_TOKEN_TO_BE_REPLACED 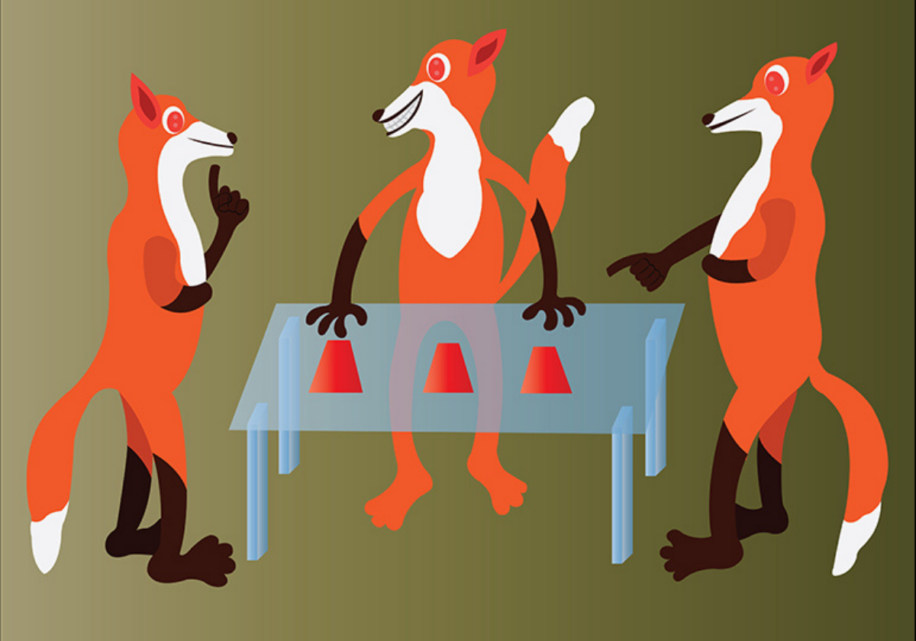 Editor’s Note: This article first appeared on SaveLocalNews.org on Feb. 18, 2022.

In a stunning Securities and Exchange Commission filing, Lee Enterprises took a big swing at Alden Global Capital, the hedge fund attempting a hostile takeover of the news chain.

END_OF_DOCUMENT_TOKEN_TO_BE_REPLACED 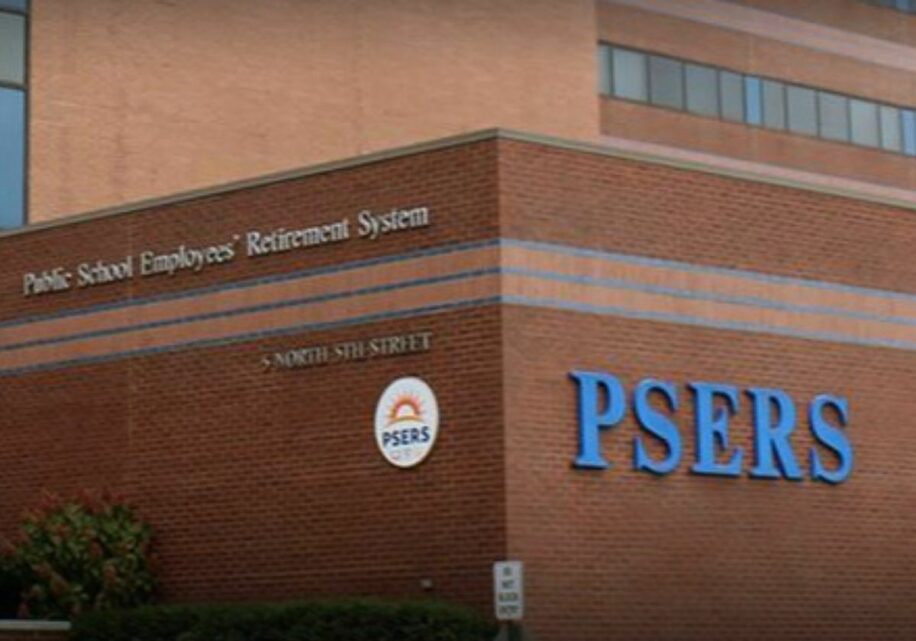 Editor’s Note: The article first appeared on SaveLocalNews.org on Dec. 22, 2021.

Members of The NewsGuild are speaking out to public pension funds about their support of a company that has financed the destruction of local news.

END_OF_DOCUMENT_TOKEN_TO_BE_REPLACED 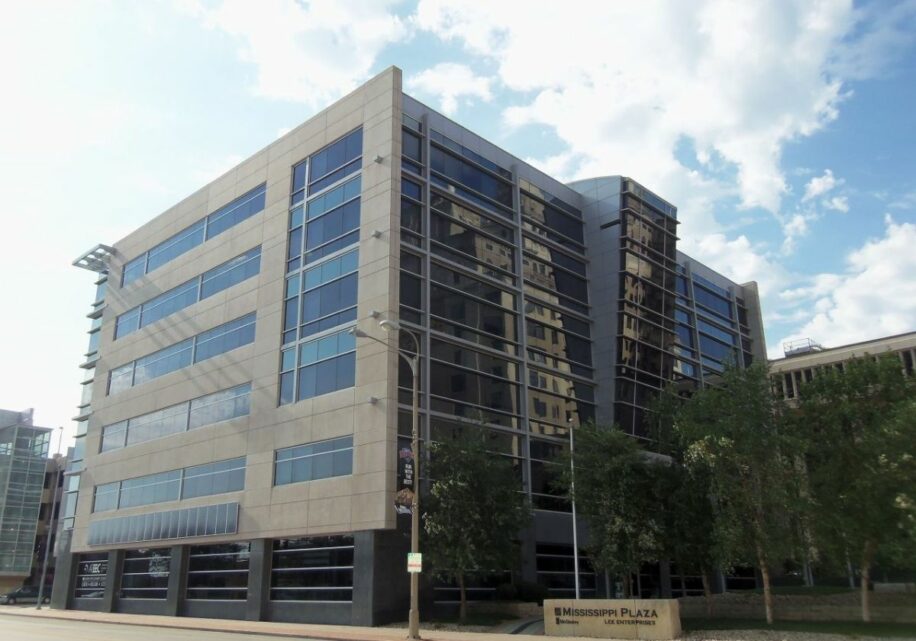 Editor’s note: This article first appeared on the website of DFMworkers.org on Nov. 23, 2021.

The executives at Florida-based hedge fund Alden Global Capital must be restless.

Alden announced, via a Monday-morning press release, that it wants to buy all of Lee Enterprises for $24 a share, in cash.

END_OF_DOCUMENT_TOKEN_TO_BE_REPLACED

This article first appeared on dfmworkers.org on Sept. 23, 2021.

Saying their investments are “enabling the destruction of local news,” The NewsGuild-CWA is calling on two of the nation’s largest public pension plans to consider divesting from the private equity firm Cerberus Capital Management.

END_OF_DOCUMENT_TOKEN_TO_BE_REPLACED 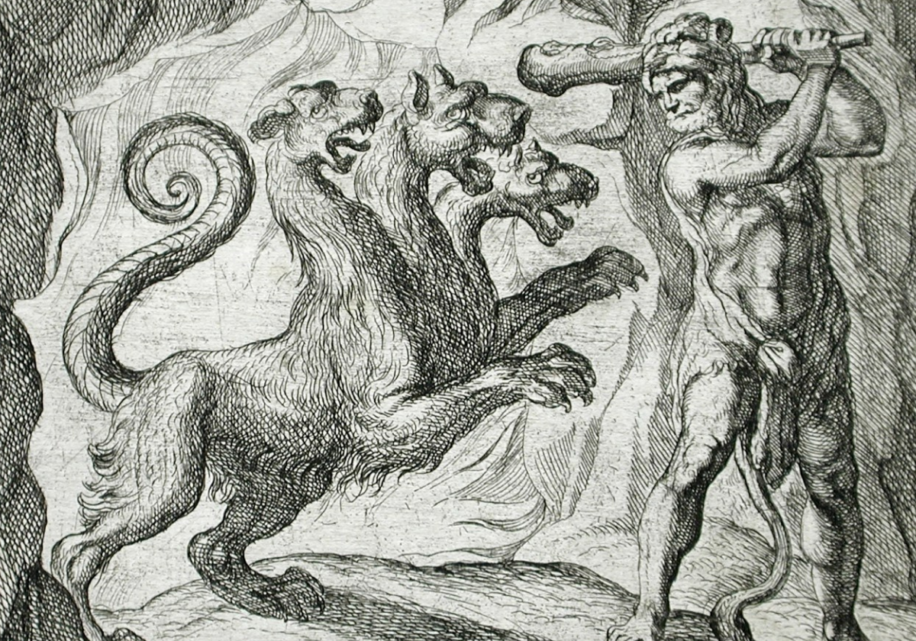 Editor’s Note: This article appears in full on Nieman Lab.org.

To the ancient Greeks, Cerberus was the hound of Hades, a multi-headed dog with a serpent’s tail who kept souls from escaping the underworld. His eyes burned with fiery lava and he vomited bile.

The canine’s namesake, Cerberus Capital Management, is a private equity firm that, like Alden Global Capital, specializes in acquiring distressed businesses — and, alongside Alden, it is now in the business of devouring newsrooms in the name of profit.

Cerberus was Alden’s financial backer for its recent takeover of Tribune Publishing, but the two secretive companies have a shared history that goes back to at least 2015. 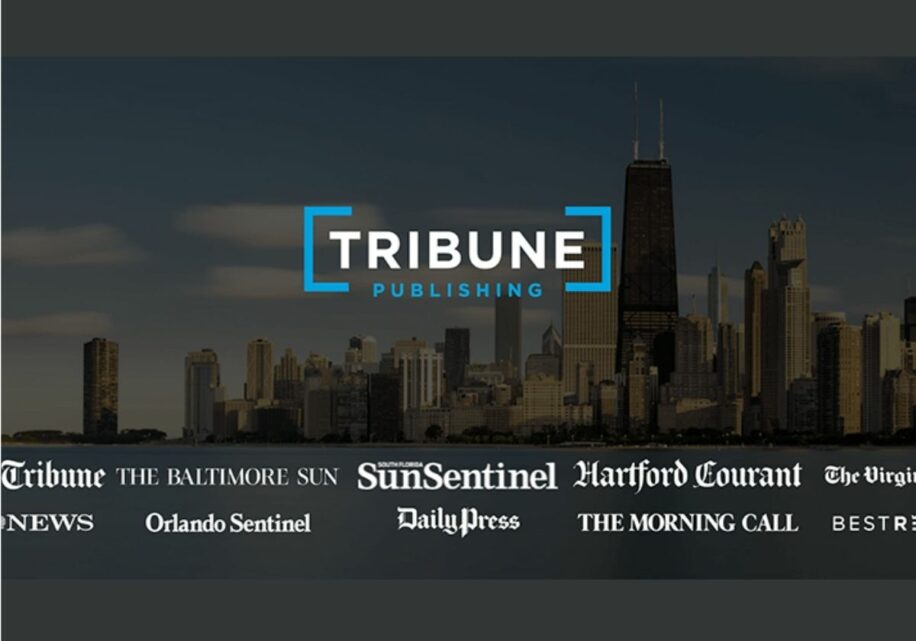 The NewsGuild-CWA filed a letter to shareholders with the Securities and Exchange Commission on Tuesday, urging a “no” vote on hedge fund Alden Global Capital’s attempted takeover of Tribune Publishing.

Instead of seeking the best value for Tribune shareholders, the Guild’s letter states, Tribune’s board “excessively focused on a rapid approval of Alden’s proposal, even though a potentially superior offer as well as continuing independent operation present higher value alternatives.”

END_OF_DOCUMENT_TOKEN_TO_BE_REPLACED 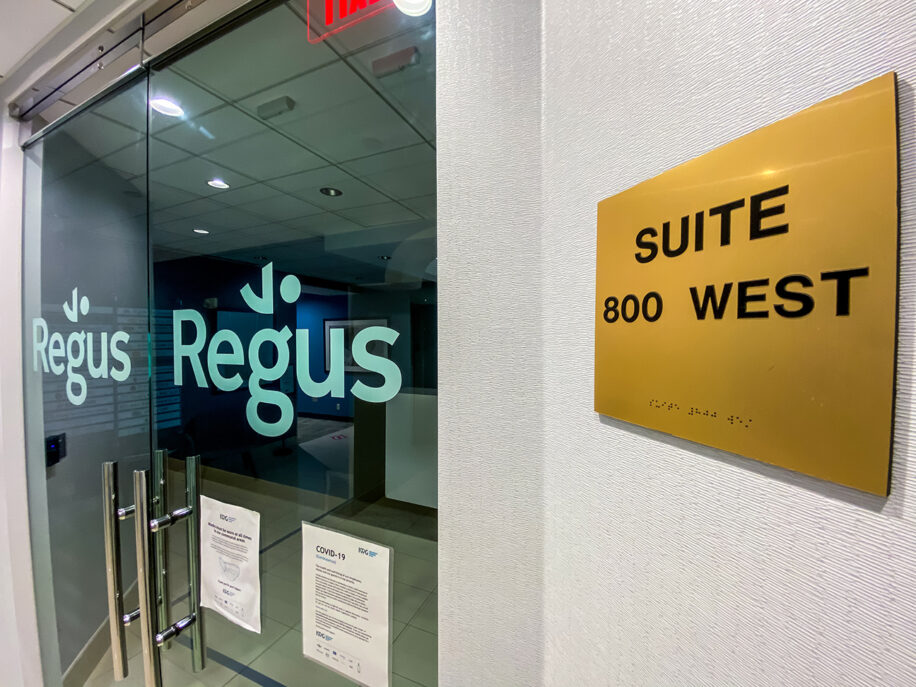 Cash-strapped and banished from its luxury offices, Alden Global Capital has crafted a Faustian bargain to buy the publisher

This article first appeared on DFM.workers.org on April 28, 2021.

Alden Global Capital says it can buy Tribune Publishing with surplus cash on hand, but the former New York hedge fund’s merger agreement with Tribune appears to contradict the claim.

Doubts about Alden’s ability to purchase Tribune with cash are reinforced by a costly U.S. Department of Labor investigation, mounting lawsuits over broken lease agreements, and a stealthy exit from the top floor of Manhattan’s glamorous Lipstick Building to an unmarked virtual office in South Florida.