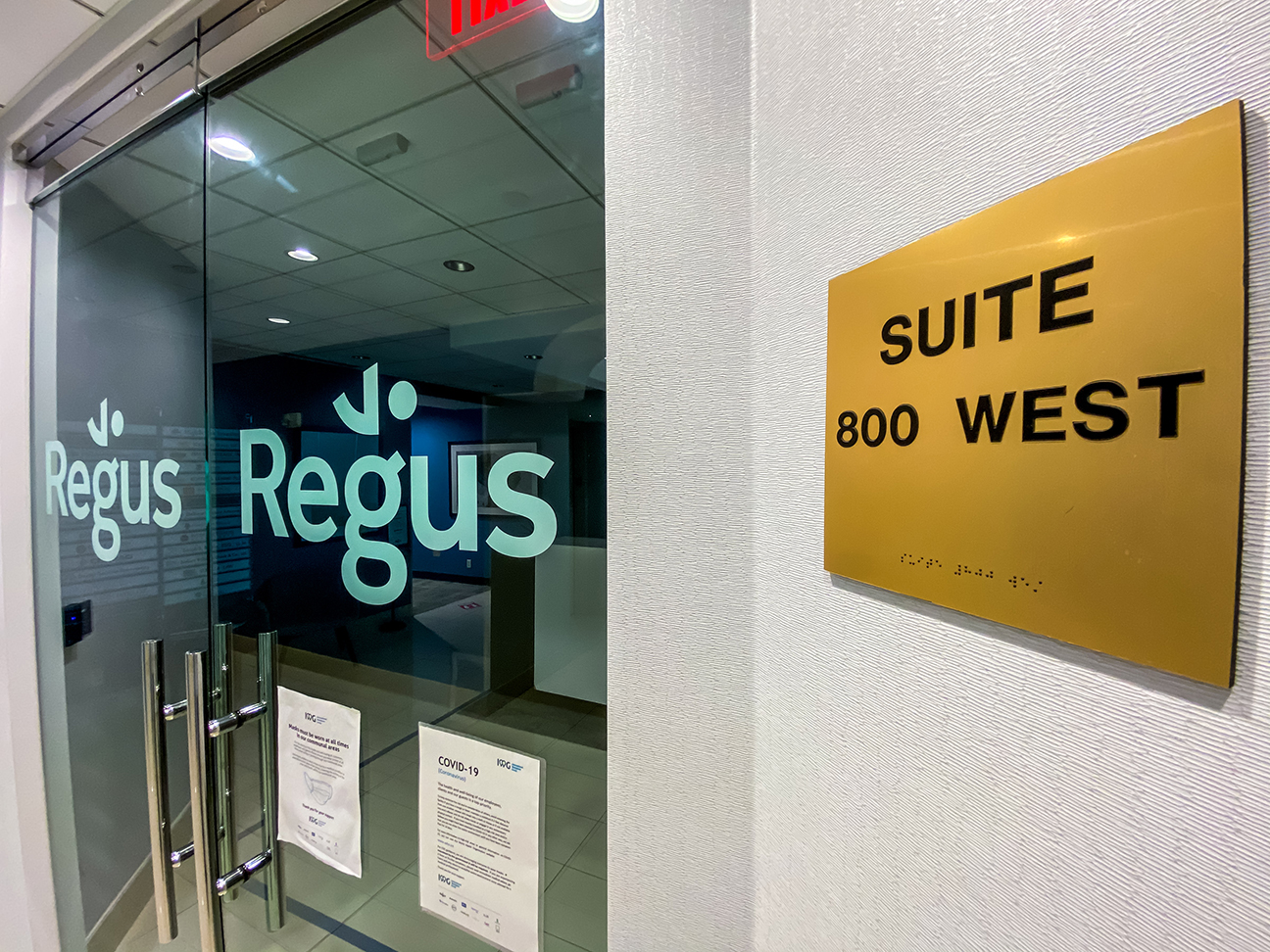 Cash-strapped and banished from its luxury offices, Alden Global Capital has crafted a Faustian bargain to buy the publisher

This article first appeared on DFM.workers.org on April 28, 2021.

Alden Global Capital says it can buy Tribune Publishing with surplus cash on hand, but the former New York hedge fund’s merger agreement with Tribune appears to contradict the claim.

Doubts about Alden’s ability to purchase Tribune with cash are reinforced by a costly U.S. Department of Labor investigation, mounting lawsuits over broken lease agreements, and a stealthy exit from the top floor of Manhattan’s glamorous Lipstick Building to an unmarked virtual office in South Florida.

Tribune shareholders are scheduled to vote on Alden’s bid to take over the company on May 21.

A look at the fine print in a slew of government documents shows a convoluted, Faustian bargain at work, and the result is that Alden is likely to force Tribune to borrow hundreds of millions so that Alden can take it over.

The largely debt-free Tribune could take on $375 million in loans just so Alden can take it private — and, if history is our guide, it would then extract as much cash as possible and run Tribune into the ground.

It’s an arrangement tantamount to going into debt to pay the hitman who’s targeting you.

There are ample warning signs that Alden doesn’t actually have the cash on hand to buy Tribune’s outstanding shares.

Once occupying the entire top floor of Lipstick Building — with 13,000 square feet and expansive views — Alden’s latest SEC filings show it is now holed up in a small West Palm Beach shared office space, with no signage or indication Alden or its executives have ever been there. Other tenants using the same suite number include a false eyelash distributor, realtors, attorneys, financial services, and several outdoor tent companies.

The shared office is around a mile from Alden founder Randall Smith’s waterfront villa in nearby Palm Beach, Florida. Much like his Palm Beach neighbor, Donald Trump — to whom Smith and his wife donated $100,000 in 2019 — Smith’s finances now appear shakier than the solid image his firm once conveyed. As reported before, Alden’s assets under management and staffing have shrunk dramatically in recent years.

Apparently, even Alden isn’t sure it has the cash for the multi-million-dollar Tribune purchase. It offered in a Feb. 16 “equity commitment letter” to pay in cash the $375 million it would need to buy the rest of Tribune’s shares, drawing from two Alden funds, the Alden Global Opportunities Master Fund LP, and the Alden Global Value Recovery Fund LP.

Yet Tribune’s latest proxy letter to shareholders indicates otherwise, stating that Tribune itself may take on massive debt to finance the deal.

The proxy letter states: “Notwithstanding the Equity Commitment Letter, (Tribune) has the right to seek to finance a portion or all of the $375,000,000 in cash with the proceeds from debt and/or equity financing from its affiliates or third parties (emphasis added).”

Nicholas Shaxson, author of “The Finance Curse: How Global Finance Is Making Us All Poorer,” said that although the terms include the option of equity financing, he doesn’t expect Alden will go that route.

“They will want to do it all with debt if they can,” he said. “This is absolutely standard.”

Tribune’s journalists, he said, will then face “harsh cost-cutting to pay back the debt.”

Alden, which did not respond to a message requesting comment for this story, has always been more about illusion than reality. Its website once boasted of offices in Mumbai, London and Dubai, but when I checked in 2016, those locations had either closed or I found no record of them ever existing.

At least its Manhattan offices, taking up the entire top floor of the Lipstick Building, (called the “Tower Suite”), conveyed an aura of luxury and success. But after nearly a year of refusing to pay rent and being sued by SL Green, which calls itself “New York City’s largest owner of office real estate,” Alden left its longstanding Manhattan digs unannounced in January. It quietly resurfaced under the West Palm Beach address of the virtual-office chain, Regus, according to SEC filings.

Court filings show that Alden has admitted it stopped paying rent for the Tower Suite in April 2020, and it vacated the premises before January 15 of this year, after SL Green sent a notice of lease cancellation. SL Green says Alden owes $6 million in back rent and if the realty company can’t find a new tenant right away, Alden could owe an additional $5 million in damages.

Citing Alden’s pending acquisition of Chicago-based Tribune, SL Green even asked the court to order Alden to leave a deposit of $6 million in case it flees the state of New York.

Now it appears Alden has left the state before the court could rule. SL Green has until May 21 to oppose a motion by Alden to dismiss the case.

The Lipstick Building default follows a series of similar lawsuits with Tribune as the defendant. Under its Alden-influenced board’s watch, Tribune admitted in its 10-Q financial report to the Securities and Exchange Commission that “in light of the COVID-19 pandemic,” it hasn’t paid rent on its buildings since March 2020 and is being sued for defaulting.

By the end of June, Tribune had negotiated changes to 13 lease agreements. But the filing also said Tribune has terminated four of its lease agreements, and soon four newsrooms announced they were permanently closing: The Allentown Morning Call, The Annapolis Capital Gazette, The Orlando Sentinel and The New York Daily News.

In late April, the results of several Freedom of Information Act requests to the Department of Labor showed its investigators found that Alden violated retirement plan rules when it transferred $294 million in its newspaper employees’ pensions funds to its own investment companies, which DFMworkers.org first reported in 2017.

Because Alden’s funds underperformed the market, Alden agreed to pay $20.7 million back to the pension plans as compensation, Labor Department documents show, though Alden admitted no wrongdoing. Jon Schleuss, president of The NewsGuild-CWA, which represents workers at Alden’s MediaNews Group (MNG) as well as Tribune newspapers, wrote to Alden in April 2020 arguing that Alden’s funds had underperformed and demanded significantly more money be returned to the plans. (We’ll have more on the Labor Department investigation in an upcoming story).

Now the same Alden associates who signed off on self-investing the newspapers’ employees’ pension monies have been enlisted to provide oversight and accountability for a new venture.

In a move that Alden says is unrelated to its Tribune takeover attempt, the hedge fund recently joined the SPAC craze to raise hundreds of millions of dollars. A SPAC is a publicly traded “blank check” company that Alden can use to buy private companies, bring them public without a lengthy IPO process, and participate in ownership at a discount as the “founder.”

Alden associates Maz Akram and Martin R. Wade III, who approved the transfer of pension funds, make up the SPAC’s ”independent” and “separately-designated” audit committee, where they are expected to “monitor compliance” with laws and corporate standards.

Akram and Wade serve on the board of Alden-owned MNG newspapers, joined by Joseph Fuchs, Alden president Heath Freeman and Christopher Minnetian, who also serves as an Alden appointee to the Tribune board. Wade previously served as Chairman and CEO of Payless ShoeSource, the national chain that Alden led into liquidation.

The SPAC, filed under the name Oyster Enterprises Acquisition Corp., has raised $230 million. Alden has denied the SPAC will be used to buy Tribune shares, telling The Poynter Institute’s Rick Edmonds that “obviously the SPAC (a separate acquisition company related to Alden) has nothing to do with Tribune.” Its directors and executives are all Alden associates.

Now Alden appears to be shutting down what little transparency it once had about its financial standing. In March, the hedge fund terminated its registration as an investment adviser with the SEC just weeks before it would have had to disclose its total assets under management, a number that has dramatically declined in recent years.

We know that Alden has had trouble proving it could finance past takeover attempts. When it attempted a hostile takeover of the Gannett newspaper chain in 2019, it provided no proof of financing but cited a letter from another hedge fund, Oaktree Capital Group, that said it was “highly confident” Alden could find financing to help it to buy Gannett. (Coincidentally, Oaktree was once Tribune’s largest investor.)

The details of this letter were so vague that a Reuters reporter likened it to “flashing a fake ID to get into a nightclub.”

Throughout all this, Alden’s cofounders, Randall Smith and his protégé Heath Freeman appear to be living large despite the global pandemic.

This spring, Smith bought another South Florida mansion (he has already bought and sold more than a dozen) for $7.9 million. Freeman, backed by a group of investors, recently bought East Hampton Point, a luxury five-acre resort in New York’s Hamptons, for $17.2 million. According to New York property records, the resort is listed under the name BJD Enterprises LTD.

Countdown to a decision

Tribune’s board, meanwhile, has decided it isn’t interested in a potential bid from an investor willing to pay more than Alden is offering. Hotel magnate Stewart Bainum, Jr. had partnered with Swiss billionaire Hansjörg Wyss and was offering $18.50 per share for Tribune, compared to Alden’s bid of $17.25. Wyss recently scaled back his initial offer to put up roughly $500 million towards the $680 million needed, according to Bainum, but hasn’t entirely pulled out of the deal, despite many news reports that he was out of the picture.

Wyss “communicated to me that he remains interested in assisting in a potential transaction to make it successful. I remain committed to pursuing a potential acquisition of Tribune for $18.50 in cash per share,” Bainum wrote in an April 17 letter to Tribune. “I remain confident that there is significant interest in joining this effort and expect the necessary arrangements among one or more additional equity financing sources can be completed expeditiously.”

Nonetheless, Tribune’s board cut off talks with Bainum and recommended shareholders accept Alden’s offer when they meet on May 21.

If the deal goes through, Tribune may suddenly find itself saddled with $375 million in debt to pay for its own demise.