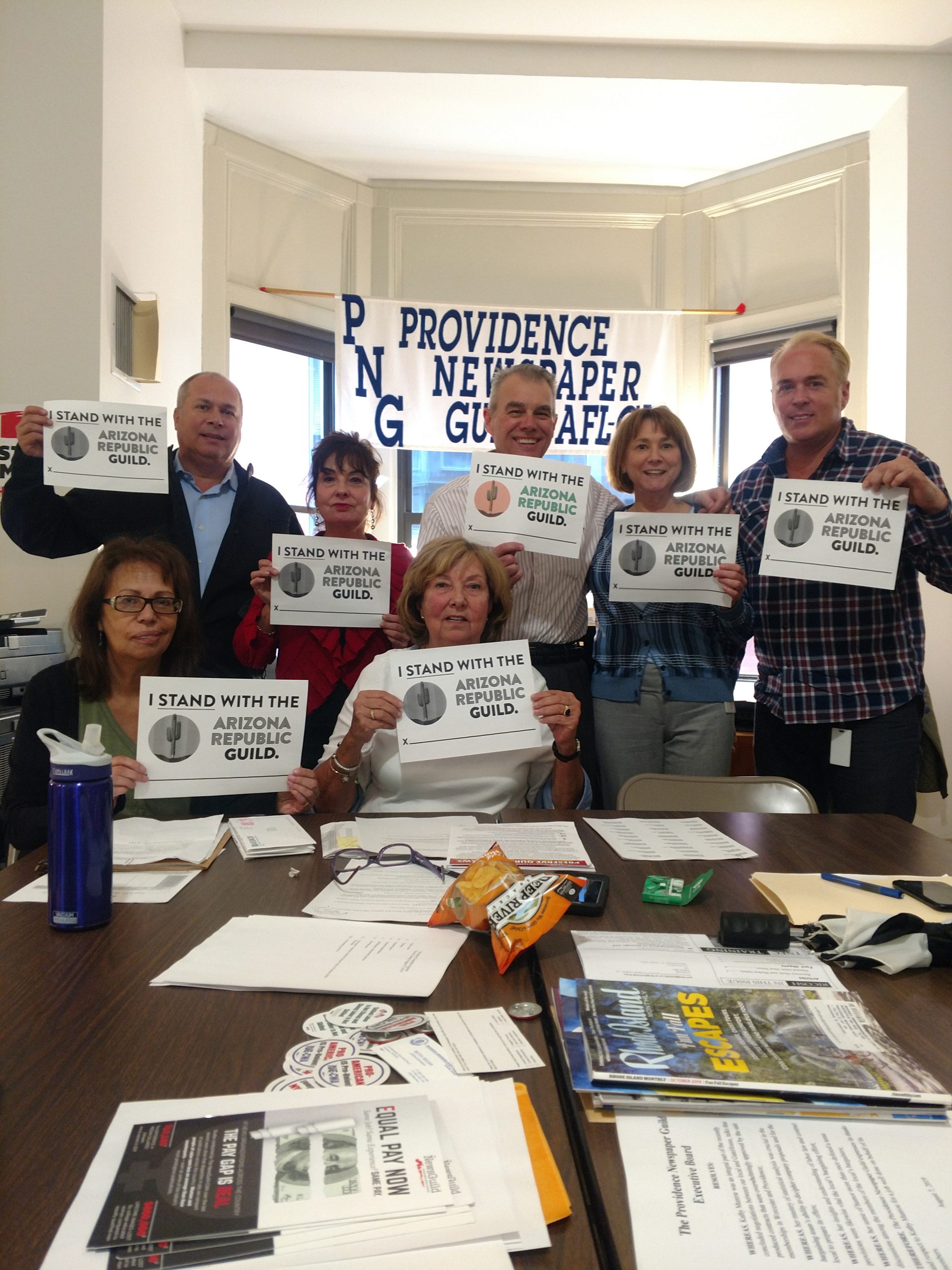 Oct. 8, 2019 – The post below was written by John Hill and sent to the Arizona Republic Guild.

My name is John Hill. I’m a recently retired reporter of 39 years and former president of the Providence (R.I.) Newspaper Guild, a local that includes three GateHouse papers. During my time in Providence, the Journal was sold twice. I can’t emphasize how important it was that we had a guild to protect us from the newly arrived corporate “geniuses.”

Whenever new owners come in, they assume they know better than the last guys, that they know how to “improve” things. There’s a real possibility you’ll see new owners, ones who think they know your city and the readers you have been serving for decades.

But they’ll be looking for $300 million in savings. Their interest will be what they see as efficiency and profitability. And while they make their choices, the thing they often overlook is journalism, the actual work that newspapers are supposed to do. That’s where the guild comes in. We fight for the people who do journalism and for journalism itself.

This happened to us at the Providence (R.I.) Journal and the Worcester (Mass.) Telegram & Gazette when GateHouse bought both papers.

The company wanted to axe our pay scales. GateHouse said the salary you started at was your pay rate — period — no step raises over time. But because we had a union, the company was obligated to bargain with us. We got pay scales and job descriptions back, ensuring future raises. We saved our car allowance for on-the-road employees. We won language that protected our sales reps’ interests.

It wasn’t just us who got that done. The 17 guilds at GateHouse newspapers across the nation banded together. With financial and logistical help from NewsGuild-CWA, we prepared a national campaign that brought GateHouse to the table where we won those deals. We even made our voices heard by attending GateHouse shareholder meetings.

Without our union and the support we were able to draw on from our fellow locals across the country, we’d still be working under those draconian conditions, which could be changed at the whim of some corporate accountant.

With a guild, you too will have a way to push back against those kind of stunts. You will be able to fight to see that the people who work at The Arizona Republic are fairly paid and treated. That means it will be a paper that will be able to attract and keep quality talent, produce quality work and increase … what’s that word again? Oh, yeah: READERSHIP.

Photo above: Members of the Providence Local show support for the union drive at the Arizona Republic Guild.