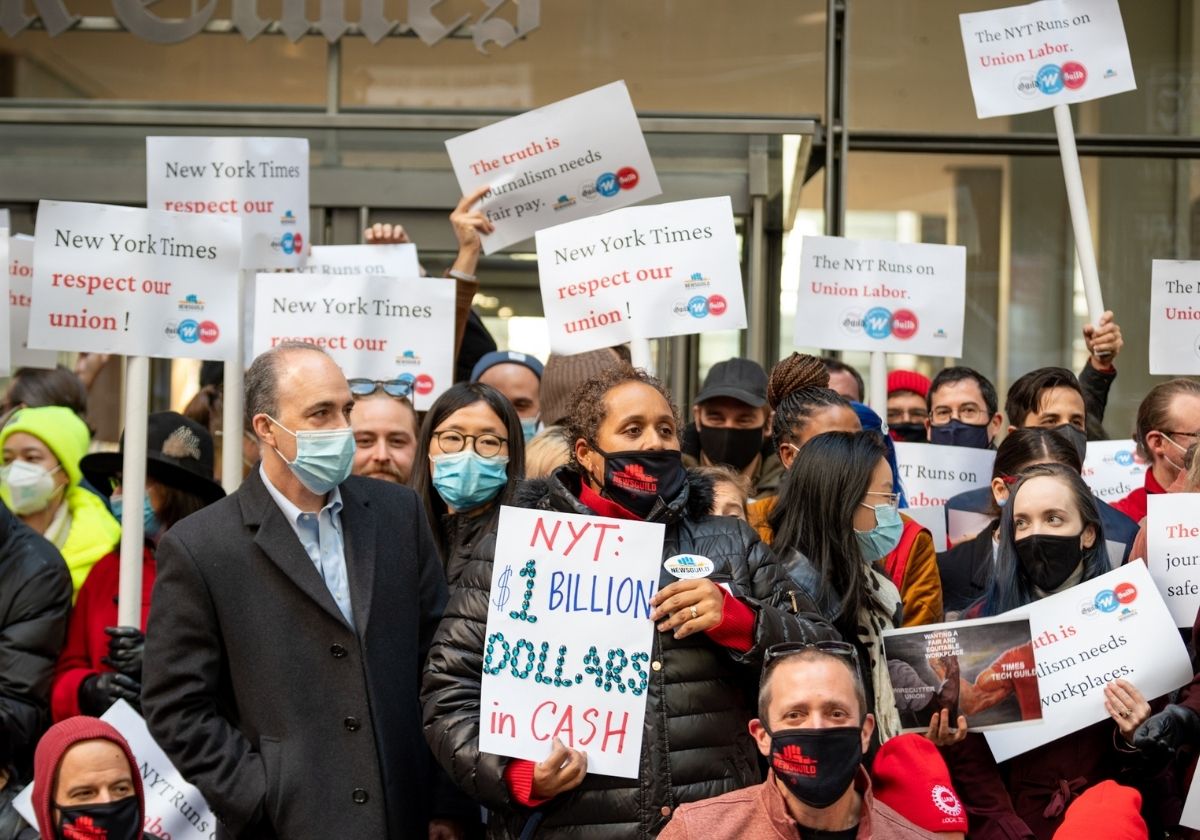 The workers at Wirecutter, the product-review company owned by the New York Times, ended their strike after Cyber Monday and all signs indicate that their job action was extremely effective.

They will bargain with management on Dec. 6, 8, and 13, and said they look forward to “reaching a fair agreement that pays our members what they’re worth.”

Wirecutter staffers are thrilled with the support they received throughout the work stoppage and in the weeks leading up to it. Thousands of people boycotted the site during what would normally be its busiest week of the year.

A GoFundMe account raised more than $42,000, far exceeding the goal of $25,000.  The donations from more than 900 contributors means that Wirecutter Union members will be eligible to receive compensation from union organizers for the overtime hours they missed during the strike. Any excess funds will be donated to other strike funds, according to Sarah Kobos, interim vice chair of the Wirecutter Union.

Wirecutter workers expressed appreciation for the outpouring in an email to supporters. “As we return to work from our Cyber Week strike, we must extend our deep gratitude to all of you for your support over the last week,” they wrote. “Thank you for honoring our picket line, for sharing your support on social media, and for donating to our strike fund. Hearing about the importance of Wirecutter Union members’ work in your life has truly been special, and the generous donations to our GoFundMe campaign have made a world of difference.”

After roughly two years of bargaining for a first contract and with the Times sitting on about $1 billion in cash, to date, management has offered staffers guaranteed annual raises of just 0.5%.

Wirecutter workers earn $43,000 less, on average, than others in the Times newsroom. Even Times fellows, jobs that are intended to train new journalists, are paid a significantly higher salary than the starting rate for Wirecutter writers.

Many union members believe that the company’s intransigence toward Wirecutter workers is intended – at least in part – to send an anti-union message to tech employees who are unionizing as the New York Times Tech Guild.

Management rationalizes Wirecutter’s low pay by suggesting they’re not really part of the New York Times. But their work appears in the paper and on the Times’ digital platform regularly.

Thom Dunn, a writer for Wirecutter, tweeted his reasons for striking in a moving thread posted on the final day of the strike. He’s had to work two jobs to make ends meet, and when his son was born six weeks prematurely last year, he had to apply for an emergency grant designed for low-income artists to pay the bill.

Most of the company’s tweets during the work stoppage received replies urging them to negotiate in good faith – not “likes” or retweets.

A spirited picket outside the offices of the New York Times on Nov. 16 mobilized support in the run-up to the job action. The protest was organized by The NewsGuild of New York, the local that represents three groups of Times employees: the Wirecutter Union, the NY Times Guild, which includes Times journalists and other employees, and the Times Tech Guild, which is organizing engineers, product managers, project managers, designers, quality assurance staffers, and data scientists and analysts at the Times.

“What a way to wrap up Strikesgiving,” said NewsGuild President Jon Schleuss. “I’m so proud of the workers at Wirecutter for taking bold action to secure their future and send a clear message to the company. Collective action gets the goods!”