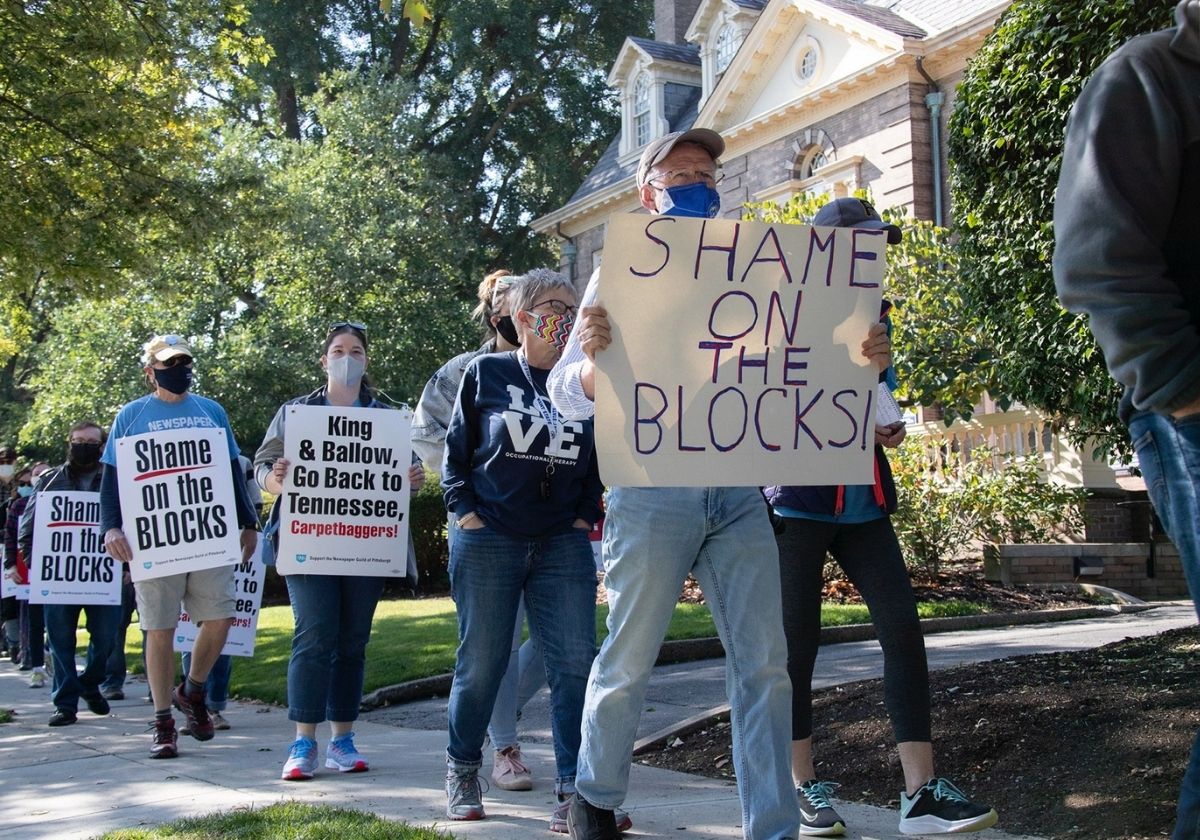 Workers at the Pittsburgh Post-Gazette scored an important win on Nov. 30, when the U.S. Court of Appeals for the Third Circuit rejected management’s attempt to reverse an arbitration ruling that required the company to cover increases in workers’ health insurance premiums.

The arbitrator had ruled in December 2019 that the Post-Gazette was required to pay for costs necessary to maintain workers’ health insurance at levels outlined in their collective bargaining agreement until a new contract is reached. The arbitrator also ruled that Guild members must be made whole for any out-of-pocket expenses they paid as a result of “the Employer’s failure to maintain the contractual level of benefits.”

The Newspaper Guild of Pittsburgh, said, “Today’s ruling is a huge victory for our members and in our battle for fair treatment at the Post-Gazette. It shows once again that the company has been engaging in illegal anti-worker tactics for years.”

Photo: Pittsburgh Post-Gazette journalists picketing in October 2020 outside the home of John Robinson Block, owner, along with other family members, of the Post-Gazette.