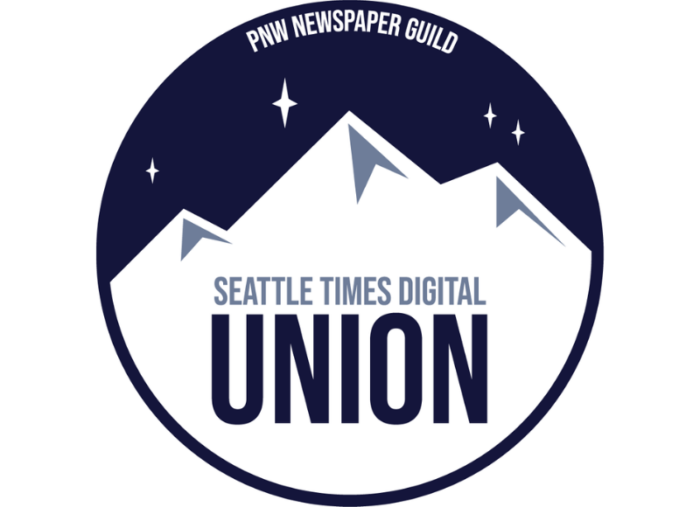 July 27, 2020 – The Pacific Northwest Newspaper Guild disagrees “in the strongest possible terms” with a court ruling issued Thursday that the union says will undermine the credibility of Seattle journalists and put them in danger.

The ruling by King County Superior Court Judge Nelson Lee upheld a Police Department subpoena that requires the Seattle Times and four local TV stations to turn over unpublished photos and video of May 30 protests against racial injustice.

“Journalists and their work product are not the agents and tools of police,” the local union said in a press statement.

“Seattle Times photo and video journalists subscribe to strict ethical standards. They work carefully and diligently to cover our community and hold powerful institutions accountable, including law enforcement. These journalists should not have their reputations and safety compromised by SPD and this court order,” the union wrote.

NewsGuild-CWA President Jon Schleuss said, “Seattle police have clearly overreached by subpoenaing photos and videos taken by journalists. It puts journalists and the public at risk. A truly free press must be free from the interference of the state. Anyone concerned about securing our democracy must fight against government overreach.”

The Reporters Committee for Freedom of the Press also opposed the subpoena, writing in a brief submitted before the ruling, “Requiring members of the news media to assist law enforcement officers in an ongoing investigation by turning over their journalistic work product increases the likelihood that members of the public will incorrectly perceive journalists to be an extension of law enforcement, rather than independent press.”

The judge said the material was not protected by a state shield law that limits when law enforcement agencies can obtain news organizations’ unpublished material because the images were “highly material and relevant” and “critical or necessary” to satisfy a compelling public interest.

He said police could use the images to identify suspects in the investigation of arson and theft but not to pursue suspects in vandalism or other lesser crimes — even if the material contained such evidence.

The ACLU of Washington also criticized the ruling, writing, “A free and independent media is a cornerstone of our democracy, and at a time when our basic freedoms are under attack, the City of Seattle should be doing everything possible to protect those foundational freedoms.”

The Seattle Times opposed the subpoena in court but has not yet decided if it will appeal the ruling.

“We are glad to hear an appeal is being considered and hope the Seattle Times and other media companies will resist this overreach via all possible avenues,” the union wrote. “But there is also a simple resolution: for SPD to drop this subpoena. We often hear elected leaders at City Hall offer words in support of a free press. It’s time for them to back up their words with action.”