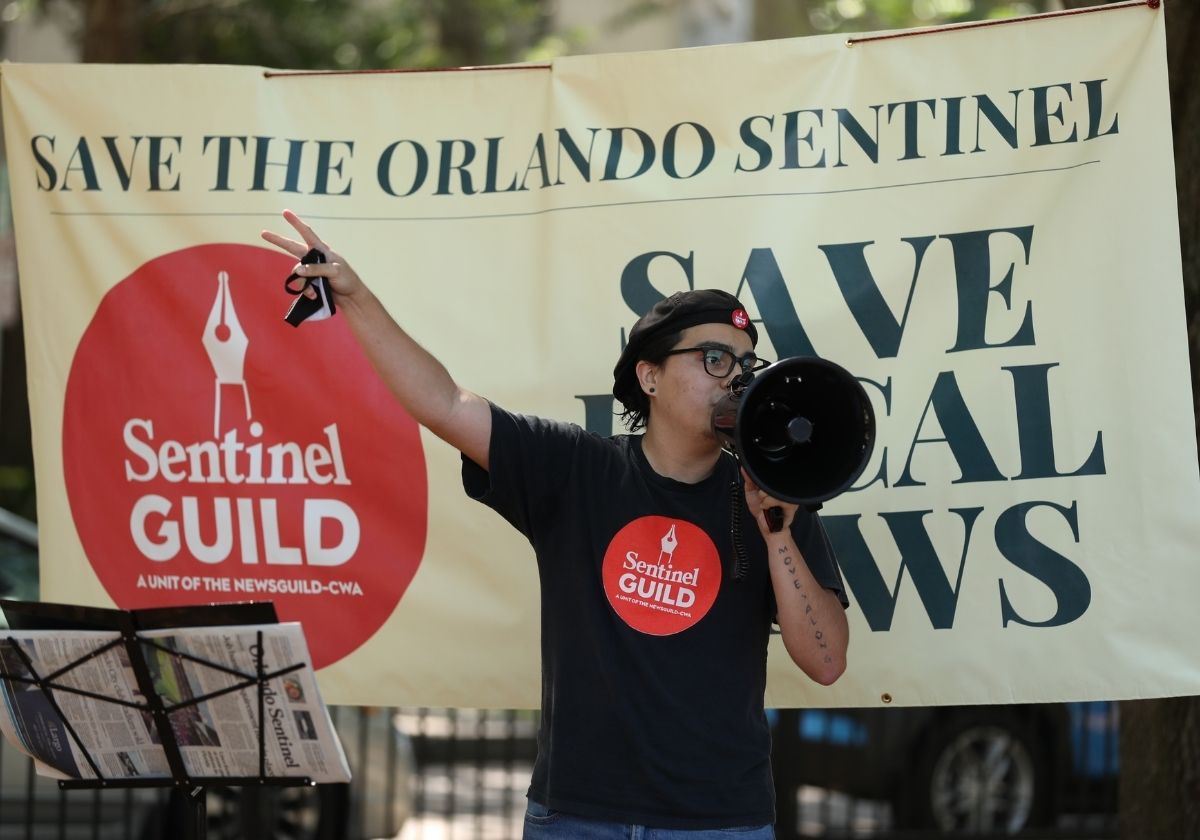 NewsGuild units at the papers of Tribune Publishing issued the following joint statement on the vote by shareholders regarding the takeover by Alden Global Capital.

Today, Tribune Publishing shareholders voted to put profit and greed over local news in our country.

While we are saddened by the turn of events, we know that our work over the past year — to build allies in the community and to raise awareness about Alden — is not in vain. Those allies will support us as we fight against Alden to protect local news and the cuts that they will inevitably try to make.

We stand ready, willing and able to fight.

Photo at top: Cristóbal Reyes, a journalist at the Orlando Sentinel, spoke against the sale of Tribune Publishing to Alden Global Capital at a rally on May 15. | Photo credit: Steven M. Dowell, of the Sentinel Guild.