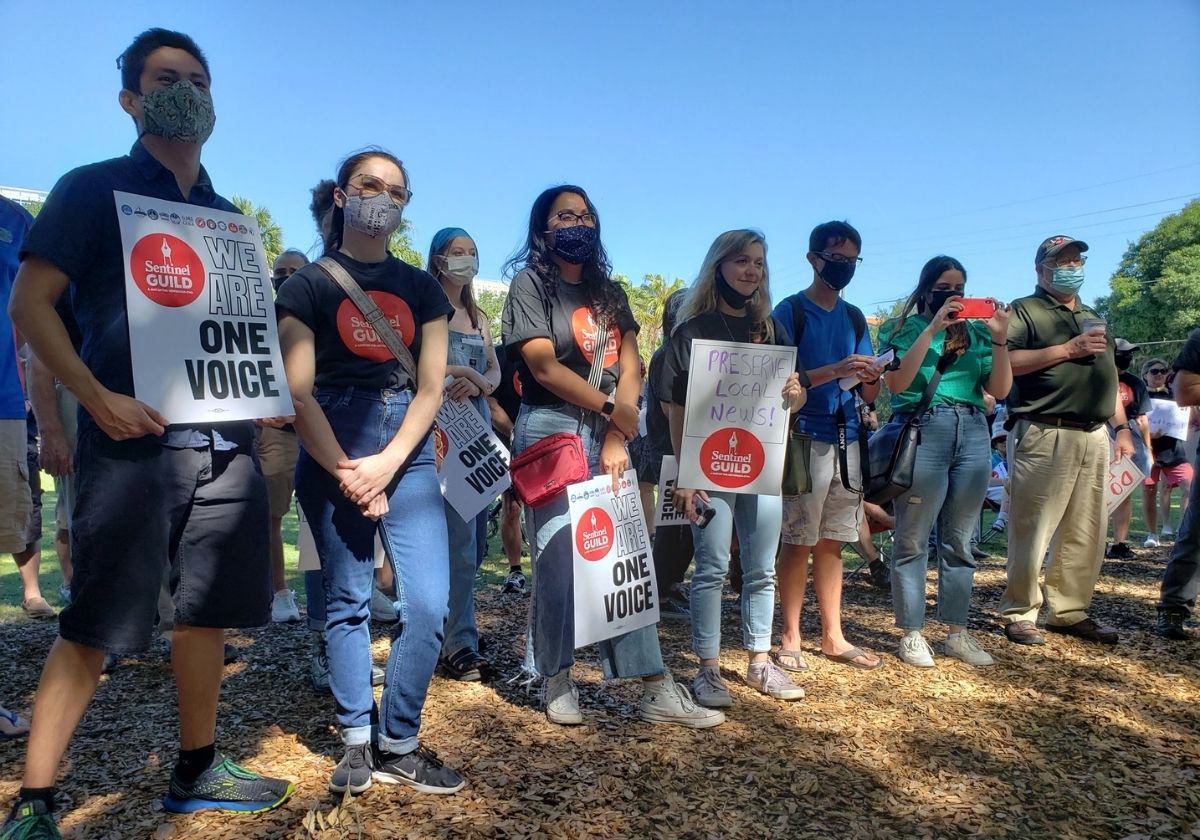 Thousands of NewsGuild-CWA members, myself included, were upset by Tribune Publishing’s announcement today that shareholders approved the company’s takeover by Alden Global Capital, a hedge fund known as “the destroyer of newspapers.”

There were several hours of confusion after Patrick Soon-Shiong, owner of 24% of Tribune shares, announced that he had abstained from voting. A marked “Abstain” vote, according to the proxy proposal, would serve as a rejection of Alden’s attempted takeover. However, several reports indicated Dr. Soon-Shiong submitted a blank proxy card, allowing his shares to count as favoring the takeover.

I’ve reached out to Tribune Publishing and people close to Dr. Soon-Shiong for clarification. Tribune replied linking to a report by the Chicago Tribune as providing the best clarification.

Voting in favor of selling to Alden represents a short-sighted view of the value of the company, and an utter disregard for the value of quality news coverage. Recent months have showed that there are members of our communities across the US who have a vision of a brighter future for Tribune’s publications. Community members stood beside our Guild workers at rallies and shouted down Alden’s bid. Civic-minded investors pledged millions to return Tribune papers to local ownership, and to focus on public good over profits. Together, we will fight on.

Alden has a track record of cutting local newsrooms to the bone. Alden’s playbook of massive cuts will mean fewer journalists able to cover their communities, hold power to account and provide a voice to the voiceless.

Regulators and lawmakers need to scrutinize how the continued, heedless consolidation of media companies harms American democracy, and they need to investigate who profits from deals like Alden’s purchase of Tribune.

Three chains now own newsrooms that serve roughly half of all newspaper readers in the United States. Alden’s Media News Group is the second-largest newspaper chain, and in just the last two years, Alden made failed bids to purchase the largest chain, Gannett, and the McClatchy chain.

Alden’s investors in these media transactions are largely non-U.S. investors, and Alden’s funds are held in off-shore holding companies that provide little disclosure about who those non-U.S. investors are. Alden also appears to be ducking disclosures required of registered financial advisors, even as they make a play for a publicly-traded company that controls newspapers serving tens of millions of American readers.

I am disturbed and upset. Yet, I cannot help but be optimistic. As journalists, we enter this field with a mission and a purpose to listen and report the truth. That mission has always been under attack, yet we continue to persevere.

Our members have organized by the thousands in recent years to fight cuts and stand up for our work. We will continue that fight and expand it.

No one knew who Alden Global Capital was before NewsGuild members shined a light on their practices. And our members have organized rallies, gotten support from their communities, found local investors and fought back. We will continue to fight back.

Our fight is a righteous one. We are fighting for our democracy.

Our union and our community coalitions will continue to hold Alden Global Capital accountable for the decisions they make going forward. And we will do whatever it takes to save local news.

Photo at top: Journalists, readers and community leaders rallied against the sale of Tribune Publishing to Alden Global Capital in Orlando on May 15. | Photo credit: Steven M. Dowell, of the Sentinel Guild.