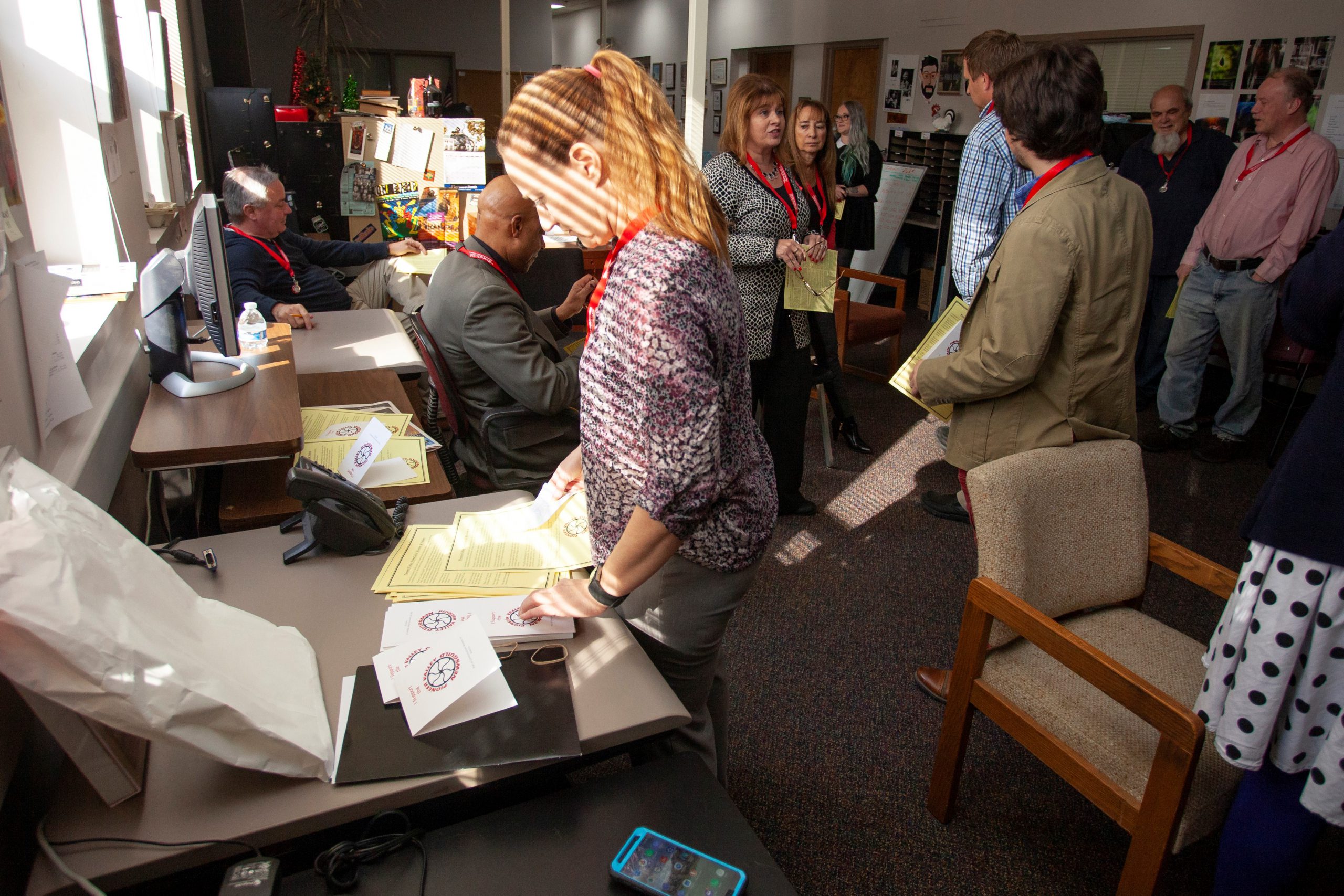 Nov. 12, 2018 – Employees at the Daily Hampshire Gazette and Valley Advocate are forming a union, organizers have announced.

“We are taking this step to advocate for ourselves and for the future of this vital community institution,” they said in a press statement.

A delegation of employees submitted a petition signed by 73 percent of the publications’ workers to CEO Aaron Julien on Nov. 12, asking him to voluntarily recognize the union. Julien promised to consult with counsel and respond quickly, organizers said.

A series of management decisions, made without consultation with workers, have raised doubts about the future of their publications, they said.

“No one is asking us our thoughts or opinions on how we operate right now.” said Brenda Nelson, the Gazette’s librarian. “This union will let us be heard at the highest levels.”

Dusty Christensen, a staff writer at the paper, said workers began to organize quietly about a year ago to address pay inequities between men and women.

“We reached out to The NewsGuild-CWA for support in organizing, and for help in addressing the many workplace issues that we discovered in talking to our colleagues, across all jobs and departments,” he said. The group is organizing as the Pioneer Valley NewsGuild, a unit of the Washington-Baltimore local.

They are seeking union representation for all 72 workers involved in the production of the Gazette and Advocate, including employees who work in the accounting, advertising and circulation departments, as well as employees in the design, editorial, maintenance and press shops.

“It takes every one of these people to make award-winning publications like these possible, and the Pioneer Valley NewsGuild will to fight for the rights and well-being of every one of them,” organizers said.

“Our union has the support of an overwhelming majority of all eligible workers. If we are not voluntarily recognized by ownership, we will proceed to a union election, which we will win,” they proclaimed.

“We hope that recognition will be both swift and painless, so that we can get to the business of making this newspaper the best it can possibly be.”

NewsGuild-CWA President Bernie Lunzer said the decision of Gazette workers to form a union is part of an inspiring national trend. “Employees of more than a dozen news organizations – from the Los Angeles Times to the Casper (Wy) Star-Tribune – have organized with the Guild so far this year. Journalists are taking a stand across the country,” Lunzer said, “and succeeding in the fight for the future of powerful community journalism.”

Photo: Staff of the Daily Hampshire Gazette preparing to present their petition for recognition to the papers’ CEO, Aaron Julien. Photo by Andrew Castillo.