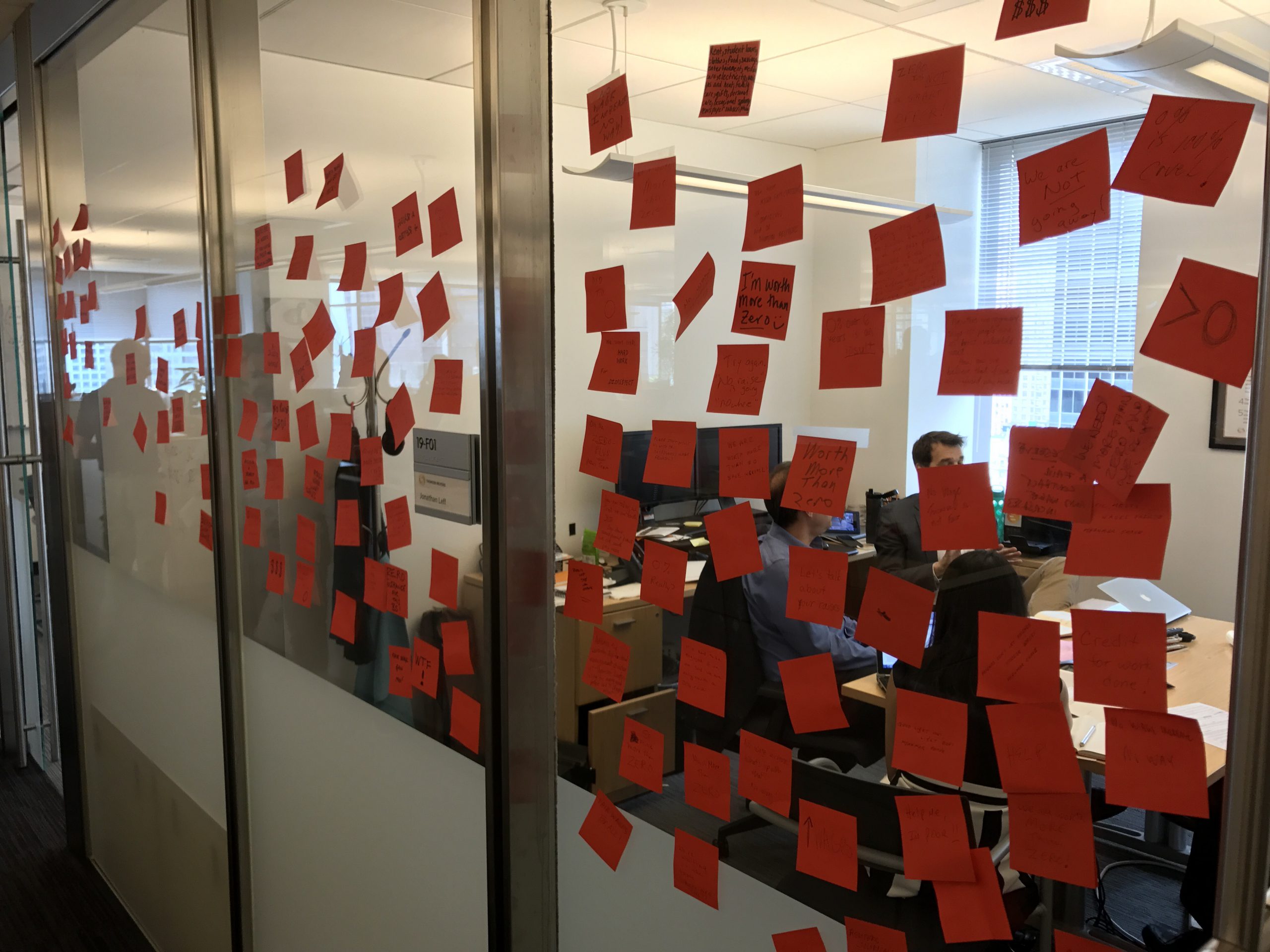 Now entering a third year without a contract, Thomson Reuters NewsGuild members have been mobilizing their co-workers and organizing job actions to demand that management come to the table and negotiate a contract that recognizes the contributions of the award-winning staff.

They have a very direct message: We’re worth more!

“It’s time for Thomson Reuters management to demonstrate that it values the work of the journalists who enhance Reuters reputation with skills and dedication,” said Grant Glickson, president of the New York Guild.

On May 11, scores of members marched across their newsrooms to plaster their manager’s offices with red Post-it Notes conveying their unhappiness with management’s disrespectful approach to bargaining. The highly successful event kicked off a campaign to hold Reuters management responsible for the regressive bargaining tactics company reps are using in negotiations.

Then, on May 22, Guild members hand-delivered a letter with nearly 300 signatures to Steven Adler, Reuters’ editor-in-chief, urging him to step in and ensure that his staff secures a contract that recognizes their contributions to Reuters’ reputation and bottom line. A photo collage of Reuters Guild members across the country demonstrating their resolve for a fair contract accompanied the letter.

Members have changed their social media images to keep the pressure on management, including Adler, and to publicly proclaim that they deserve acknowledgement and the respect of a fair contract.

Washington D.C.-based journalist Kia Johnson said, “We show up every day for Reuters and make our managers and the company look good to clients and shareholders. It’s time they show up for us.”

In the meantime, members continue to take weekly “wellness breaks” as a reminder to take care of their physical and emotional health while demonstrating to management the detrimental effects of its disrespectful bargaining stance. At bureaus across the country, Reuters journalists have taken anywhere from 15- to 20-minute meditation and yoga breaks, as well as mindfulness and breathing exercises. As New York-based correspondent Hilary Russ said, “It’s so necessary to take care of ourselves in this incredibly difficult time of attacks on media, especially since it’s clear Reuters management isn’t doing the right thing by its journalists. I’m grateful to have a Guild contract that allows us to take these breaks, which help me stay focused on my job of reporting the news.”