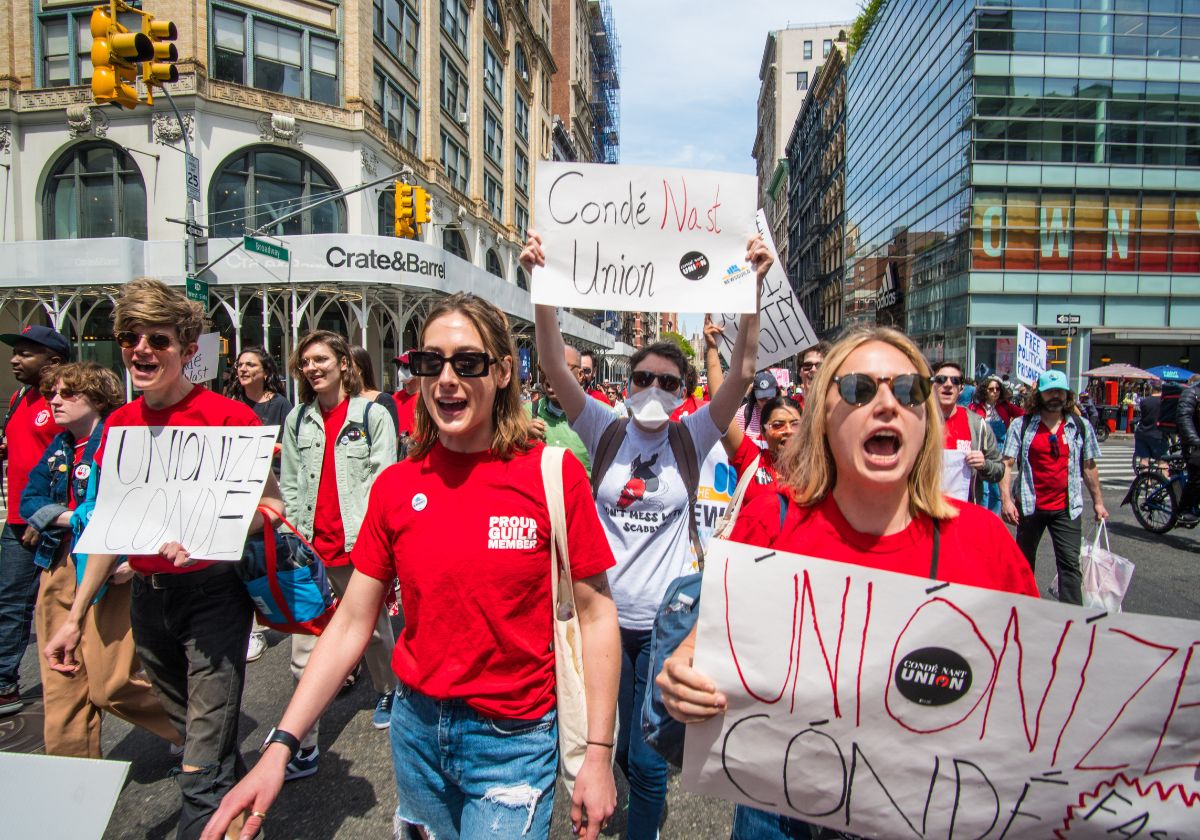 Happy Pulitzer Day! At 3 p.m. ET today the awards will be announced for 2022. But at noon ET we’re asking you to tweet about the Pulitzer board’s refusal to take up our suggestion to require newsrooms to publicly report their diversity data.

Last week the administrator of the prizes wrote to me saying, “The Pulitzer board is not in a position to decide in the next week whether it would sign onto adding such a criteria to its awards requirements. To even consider doing so would mean modifying the rules of entry, which is not something the 106-year-old organization does lightly or hastily. The request will be circulated to board members for possible consideration during our summer committee meetings on rules, and if there is support for it, to add to the fall meeting agenda.”

Please join us in tweeting to the Pulitzers at 12 p.m. ET. Suggested tweets are here.

Early this morning the entire Executive Council called the potential overturn of Roe v. Wade an “assault on personal freedom and essential health care.” We’re now working on language bargaining committees can use to ensure abortion access is included in health care plans. Our statement makes our position clear: The NewsGuild-CWA unequivocally supports access to abortion as a health care right and as a matter of personal choice.

Last week I called Linda Foley, the Guild’s former president and the only woman to hold the job, to ask about the Guild’s history around access to abortion. She immediately pointed me to the 1981 Convention where our union passed two resolutions affirming a person’s right to safe and legal abortion.

The first resolution called on the Canadian government to remove abortion from the Criminal Code and “leave the decision to the women.” The second resolution was in opposition to the Human Life Amendment, which was being debated in the U.S. Congress and would (from the resolution) “in effect outlaw abortion and many forms of contraception, use of which rightly should be a personal matter for a woman to decide.”

I am extremely proud of our union and how we fight for each other. If we don’t like the state of our world, we have to organize together to change it.

On Friday members of the BuzzFeed News bargaining unit voted unanimously to ratify a contract that raises the salary floor to $60,000.

They fought for the contract — their first — for more than two years. Throughout the bargaining process, they engaged in escalating collective actions to force management to bargain seriously.

In December, they held a one-day work stoppage and in March, when management announced – under the threat of layoffs – that they were going to offer “voluntary” buyouts to one-third of the unit, union members voted in favor of striking if the company continued to bargain in bad faith.

The workers also won increases of 2.5% in each year of the five-year agreement, along with caps on health care cost increases. Other wins include “just cause” protection when management issues discipline, a commitment from the company not to use nondisclosure agreements in cases of harassment or discrimination.

Newsroom staffers of the Bangor Daily News won union recognition on Friday, just two days after telling the world they were unionizing.

“It’s a hard time to be a journalist; that’s no secret,” they said when they announced their union campaign. “High stress, low pay, lack of voice and ever-growing demands have caused tremendous turnover.”

They knew that forming a union would give them the opportunity to stabilize the workforce and make the Bangor Daily News a better publication. They also plan to advocate for pay equity, fair reimbursement and benefit policies and work schedules that reflect the time they actually devote to their jobs.

The BDN Union covers about 35 reporters, digital editors, page designers, photographers and opinion staffers at the Bangor Daily News and other Maine news outlets. They are part of the News Guild of Maine.

The journalists of the Public News Service are unionizing too and they also called on management to grant voluntary recognition. The nonprofit member-supported news outlet is dedicated to filling the gaps in underserved communities across the U.S.

More than 6,000 media outlets regularly use their stories, produced by the reporters, editors, audio engineers, outreach and membership specialists who are forming the Public News Service Union.

The journalists want to keep independent journalism alive and they want to bring their workplace closer to the values their reporting promotes. The group of about 25 will be part of the Minnesota Newspaper & Communications Guild.

The NewsGuild of New York rocked on May Day. And the journalists of Condé Nast’s iconic publications – including Vogue, The New Yorker, Vanity Fair, Teen Vogue, GQ and Bon Appetit — used the occasion to press their demand for voluntary recognition of the Condé Union, which will represent about 500 workers.

The next day, the evening of the super glam Met Gala, they wrote, “The Met Gala’s sparkle comes from our sweat. Without us, the Met Gala simply could not happen. But Condé takes our labor for granted, forcing us to accept low pay, long hours, and unpaid overtime all for the benefit of ‘prestige.’

“Prestige doesn’t pay the bills,” they said. “We deserve adequate pay and benefits now that let us survive in New York, recognition for our work, and a real say in the future of Condé. We deserve recognition of our union.” They won’t stop until they get it.

Our Member Organizer program was featured in Labor Notes. The article Learn It, Do It, Teach It: Member Organizers Turn the Moment into a Movement, pointed out that the only way we can build a movement is to organize ourselves by empowering every rank-and-file member to be an organizer.

It’s an amazing program to train workers to help others organize, whether in new workplaces or ones that have long been unionized. It has helped us grow with more than 7,000 workers joining our union in the last five years alone.

Which raises an important question: are you going to be at Labor Notes in June? The conference runs from June 17-19 near the Chicago O’Hare airport and I hope you’ll be there with many other Guild members from across the continent. Please let us know if you plan to attend.

Guild members made news last week — here’s a roundup of stories about the fights we’ve been waging.

Photo at top: The journalists of Condé Nast publications pushed their demand for voluntary recognition of the Condé Union at New York City’s Labor Day parade.