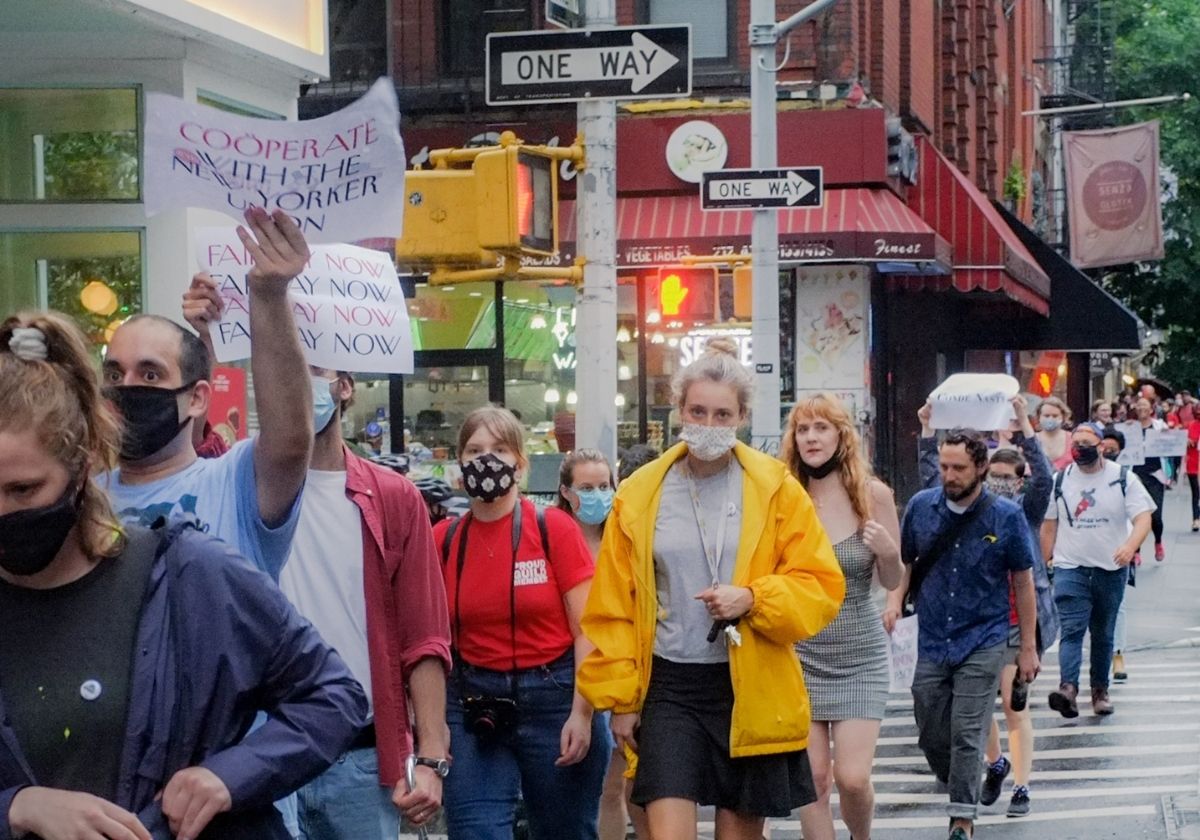 Members of The NewsGuild of New York at The New Yorker, Pitchfork, and Ars Technica announced July 28 that they have unanimously ratified their first contracts with Condé Nast.

“The members of the New Yorker, Pitchfork and Ars Technica Unions have approved agreements that not only improve working conditions in their own workplaces, but set new standards for fair compensation, equity and job security in our industry,” said Susan DeCarava, president of The NewsGuild of New York. “All Guild members should be immensely proud of these contracts, which were the result of members’ strategic concerted actions, unwavering solidarity, and collective resolve as we bargained to address inequities at Condé Nast.”

The agreements include significant across-the-board wage increases, up to 63 percent at The New Yorker, up to 58 percent at Pitchfork and up to 35 percent at Ars Technica. All three units accomplish a salary floor of $60,000 in the final years of the contracts. The agreements also include strict limitations on future health-care cost increases, defined working hours for salaried employees, a ban on nondisclosure agreements related to discrimination and harassment, and successorship provisions to help ensure that our members’ hard-won collective bargaining agreements will remain in effect if a publication is sold.

On diversity and inclusion, the agreements include a new joint labor-management diversity committee for each unit, data-reporting requirements to help track diversity outcomes over time and a company-wide commitment that 50 percent of candidates interviewed for open roles will be from underrepresented groups.

Additional protections include hard-fought just cause provisions, guaranteed severance and health benefits in the event of layoffs and strong jurisdiction language that limits the company’s ability to rely on temporary employees, or so-called permalancers, to do unit work.

The agreements with Condé Nast are the latest in a series of NYGuild organizing and contract wins. Recently, the workers at Quartz reached their first agreement, which includes wage increases and a ratification bonus. And editorial employees at Insider and Forbes overwhelmingly won elections at the National Labor Relations Board.

Photo at top: NewsGuild members and supporters march through the streets of New York on June 8 demanding a fair contract for worker at The New Yorker. | Sarah Kobos