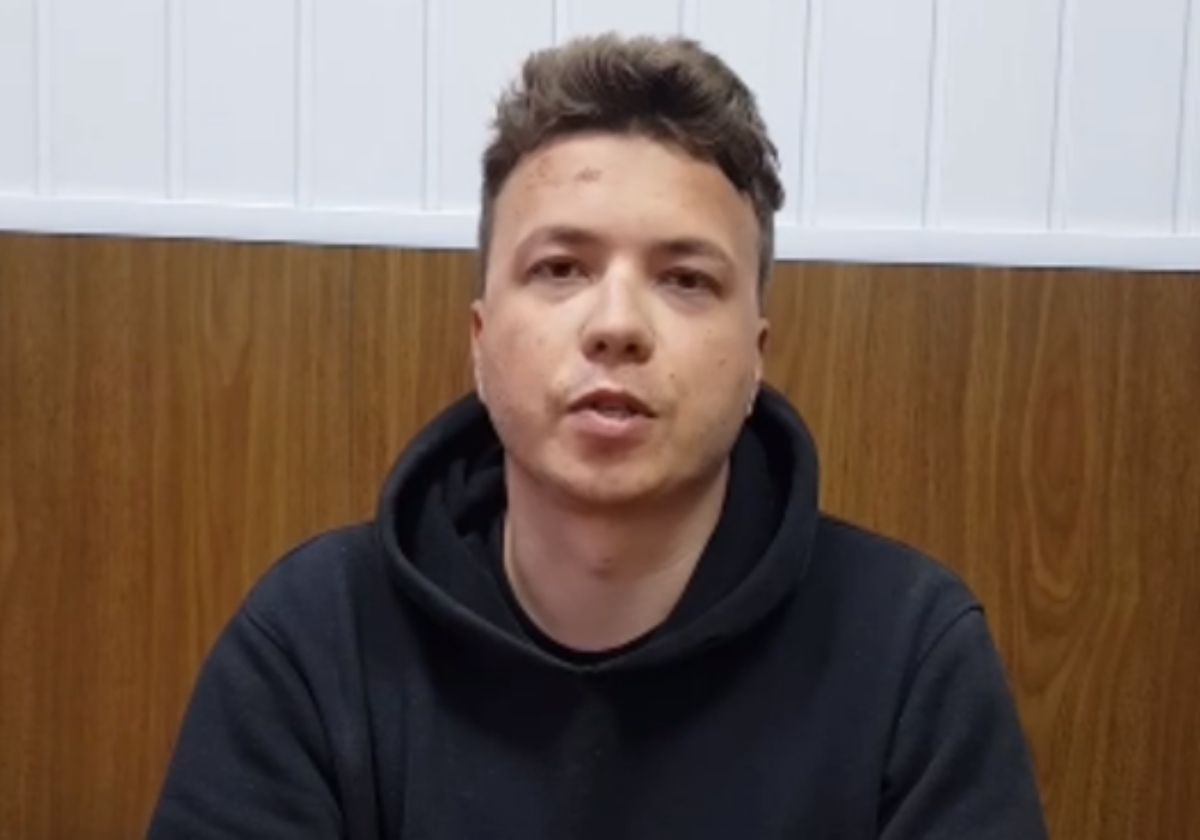 The last few weeks have been marred by serious attacks on democracy, press freedom and journalists at home and abroad.

We’re outraged by the Belarusian government’s use of a military aircraft to ground a civilian plane and arrest a journalist who was a passenger on the flight and by the Israeli government’s intentional bombing of offices housing the Associated Press and Al Jazeera. We’re also deeply disturbed by the arrest of an American journalist in Myanmar and the ongoing crackdown on the press there since a February coup. These brazen incidents reflect a troubling slide toward authoritarianism around the world.

In the U.S. there have been new revelations about the Trump and Biden administrations’ efforts to obtain journalists’ phone and email records – a clear attempt to intimidate sources and weaken reporting. Those actions clearly violate the First Amendment protections for a free press. We need transparency into what happened and when. And anyone violating the law needs to be held accountable.

And after getting pounded for a week for firing Emily Wilder three weeks after they hired her, the Associated Press acknowledged that errors were made but insisted they were “mistakes of process not of outcome.” The AP claimed Wilder was fired for violating the company’s social media policy, but it seems clear that Wilder was the victim of a coordinated campaign targeting her previous activism. More than 100 of her colleagues signed onto a letter supporting her and saying they “strongly disapproved” of how management handled the situation. Both the letter signers and the NewsGuild local called on the company to update the policy and be transparent about its social media policies.

And Guild member Nikole Hannah-Jones, The New York Times Magazine correspondent who initiated the 1619 Project, was not offered tenure in her new position as the Knight Chair in Race and Investigative Journalism at the University of North Carolina, despite a recommendation from the school’s journalism department. Last Friday faculty members signed onto a letter slamming UNC’s Board of Trustees’ decision not to grant Hannah-Jones tenure. Also, more than 200 “writers and cultural figures” signed a letter opposing the University of North Carolina’s failure to give Hannah-Jones tenure. I agree with those questioning whether donors influenced the decision and why Hannah-Jones, who is clearly qualified, would not get tenure. The situation remains in flux, but I expect Hannah-Jones will triumph.

Since our last newsletter, there have been many organizing updates:

This morning journalists at The Atlantic announced the formation of The Atlantic Union, reporting that 80% of newsroom employees have signed cards indicating support for the cause. Shortly after the group went public, management agreed to voluntarily recognize them. They will become part of the NewsGuild of New York Local 31003.

Journalists at Forbes are forming Forbes Union and they’ve got more than 80% of their 100+ person newsroom signed on to the campaign. They are asking management to recognize their union voluntarily. They want to secure a more inclusive and transparent workplace, job security, a collaborative professional environment, equity in pay and opportunity, and accountability. Follow them on Twitter @forbesunion or visit their website forbesunion.org.

Digital producers for Gannett’s Atlantic Region announced they are forming the Atlantic DOT Guild, also as part of the NewsGuild of New York Local 31003. This will be the first unit of digital producers in Gannett organized on a regional basis. In late 2020, in the midst of a pandemic, producers across the five-state region were “invited” to reapply for their jobs to join the regionalized restructure. The digital producers say, “By fighting for fairness and protection on the job and demanding more resources for local news, the Atlantic DOT Guild can make sure communities will be better represented and informed.” I agree!

Congratulations to members of The Daily Beast Union, who ratified an outstanding contract last month. One notable accomplishment is a provision that prohibits management from using harassment-related non-disclosure agreements (NDAs). This is a first, and it’s a big deal because it will make it easier for workers to document and fight predatory behavior on the job.

The new agreement implements a fair, progressive wage increase structure and works to improve diversity and create a more equitable and respectful workplace. It also gives union members full ownership of their private social media accounts and protects the privacy of those accounts. Follow them on Twitter @DailyBeastUnion.

The Canadian Media Guild has won an arbitration case that will allow Guild members to accept more overtime work, additional assignments and projects. The grievance was launched by a CMG member who was denied the opportunity to work on an assignment he had regularly worked because the Canadian Broadcasting Corporation determined he had reached the maximum number of hours permitted under a 2019 agreement with management. CBC managers had applied the agreement in a way that denied many members the opportunity to work coveted extra hours on assignments and breaking news.

There’s a job opening at the Independent Association of Publishers’ Employees, Local 1096 of The NewsGuild-CWA, which represents workers at the Wall Street Journal and Dow Jones. They’re looking for a staff representative and mobilizer who will be based in New York City.

Save the Date!CWA is organizing a Facebook live event to celebrate Juneteenthon Saturday, June 19 (time TBD), where we will highlight the fight against racism and for pay equity and greater staff diversity. We will be joined by CWA activists, artists, and special guests.

If you haven’t seen it already, there’s so much to like in a recent article by Ellen Clegg and Dan Kennedy for Harvard’s Nieman Lab. It’s a shame that the headline, in my opinion, is off the mark. “The local news crisis will be solved one community at a time” calls out corporate greed as the primary cause of the crisis and lifts up examples of nonprofit startups and news co-ops that have found success.

And while those examples can serve as models, I believe the crisis is so deep that national legislative action is needed to protect the future of journalism, our democracy and our mission. That’s why we signed a letter to legislators along with 16 other organizations urging lawmakers to include America’s community newsrooms in the infrastructure bill. Together, the signers represent more than 3,000 newsrooms, funders of local journalism and civil society organizations advocating for a healthy free press.

Finally, thousands of NewsGuild members, myself included, were upset by Tribune Publishing shareholders’ vote to approve the company’s takeover by Alden Global Capital, a hedge fund known as “the destroyer of newspapers.” Three chains now own newsrooms that serve roughly half of all newspaper readers in the United States, with Alden’s Media News Group the second-largest.

But I couldn’t be prouder of the valiant fight our members and allies waged and by their determination to continue to fight for their newsrooms and their communities.

I cannot help but be optimistic. As journalists, we enter this field with a mission: to listen and report the truth. That mission has always been under attack, yet we continue to persevere.

Our members have organized by the thousands in recent years to fight cuts and stand up for our work. We will continue that fight and expand it.

No one knew who Alden Global Capital was before NewsGuild members exposed their practices. And our members have organized rallies, gotten support from our communities, found local investors and fought back. We will continue to fight back.

Our fight is a righteous one. We are fighting for our democracy. And we will do whatever it takes to save local news.