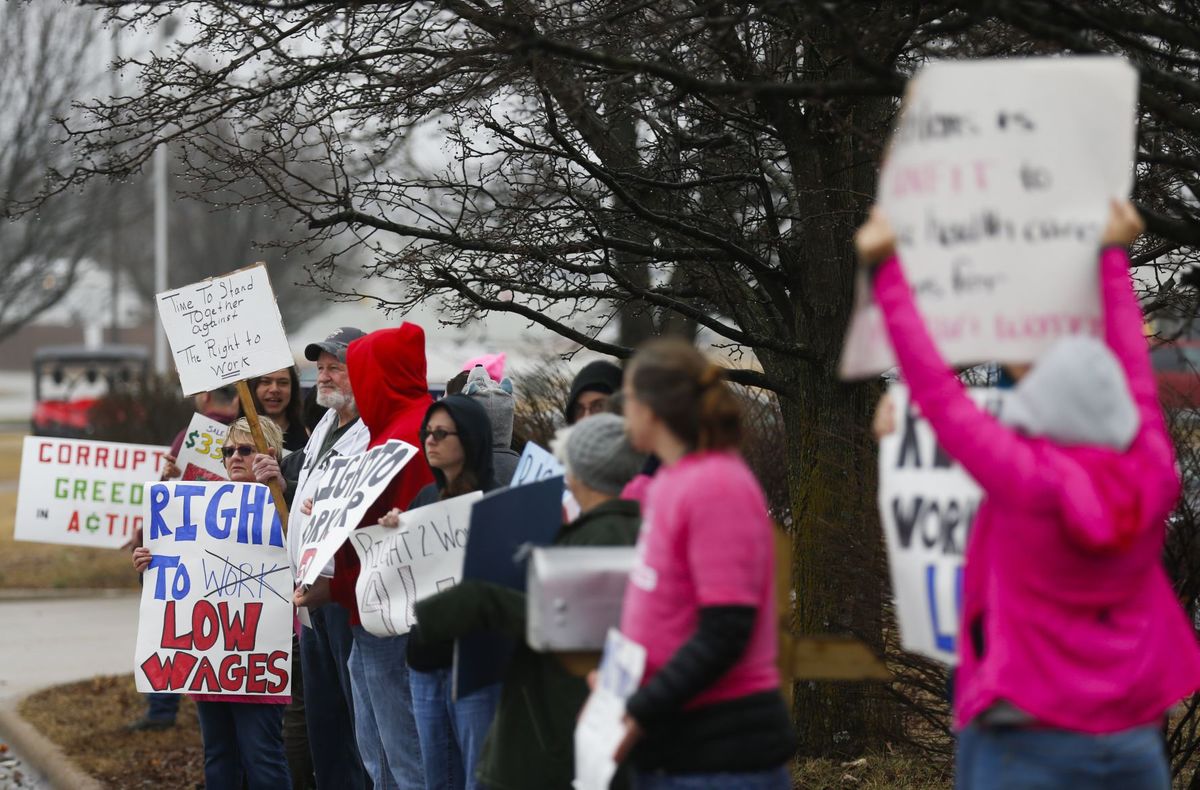 September 2017 – After failing to pass “right-to-work” bills for a decade, Missouri’s state legislature finally pushed through the famously anti-labor law in February.

But the working people of Missouri had something else in mind.

When the bill cleared the state legislature, newly elected Republican Gov. Eric Greitens couldn’t wait to sign it; he was so thrilled, he traveled to three different parts of the state for signing ceremonies. It was one of the first new laws passed in the legislative session and, in their rush to crush unions, those in power made a tactical error — they gave unions in the Show Me State time to overturn the law through a “citizen’s veto.”

Missouri’s constitution provides that if enough signatures can be collected opposing a law before its effective date, the measure will not apply until it is approved by a vote of the people. Laws passed by the legislature take effect in late August, so by passing the bill early in the legislative session, the corporate movers-and-shakers unwittingly gave unions the opportunity to mount a challenge. We wasted little time, filing the rarely used referendum petition just hours after the bill passed.

To get the measure on the ballot, we had to gather a specific number of signatures in six of the state’s eight congressional districts (CDs) based on voter turnout in the last gubernatorial election.

So when the AFL-CIO called for “feet on the street,” United Media Guild volunteered to work beyond the St. Louis area, where most of our members are based. We decided to go on the road.

Labor’s thinking was strategic: There was a fair amount of skepticism about the prospect of victory. Doing something big, like qualifying in every district, could be a game changer. This had never before been accomplished in our state’s history. So we volunteered to travel south into the one of the toughest areas: the 8th CD, where union density is extremely low. The district had never qualified for a referendum.

As the deadline approached, I drove to Farmington with a group of Guild retirees and, over the course of several days, we quietly set up operations in a Walmart parking lot. We didn’t approach anyone on their way inside, lest someone take offense, complain to the store’s management, and get us run off. Instead, we only approached people heading out to their cars. No one ever got angry enough to go back in to complain and we gathered hundreds of signatures every day.

In a former life, I worked on political campaigns, so it seemed a given that I would garner the most signatures. I’m rather ashamed to admit it — but I came in last. (Last!) The Guild retirees were relentless. It seemed that after a career of not engaging in the political process, they couldn’t get enough of it. They wouldn’t quit!

In the end, we wound up with more than double what was needed in all eight CDs! This was an incredible accomplishment and I can’t say enough about the stellar work of the retired road warriors and our activists in St. Louis.

In the process, we forged relationships with many other unions and progressive organizations around the state that I’m sure will come in handy as we continue our fight to advance workers’ rights.

Our next task is to defeat the right-to-work bill in the statewide vote, which is expected to occur in November 2018. “Right-to-work” legislation is working its way to the Supreme Court, so see you in the streets!