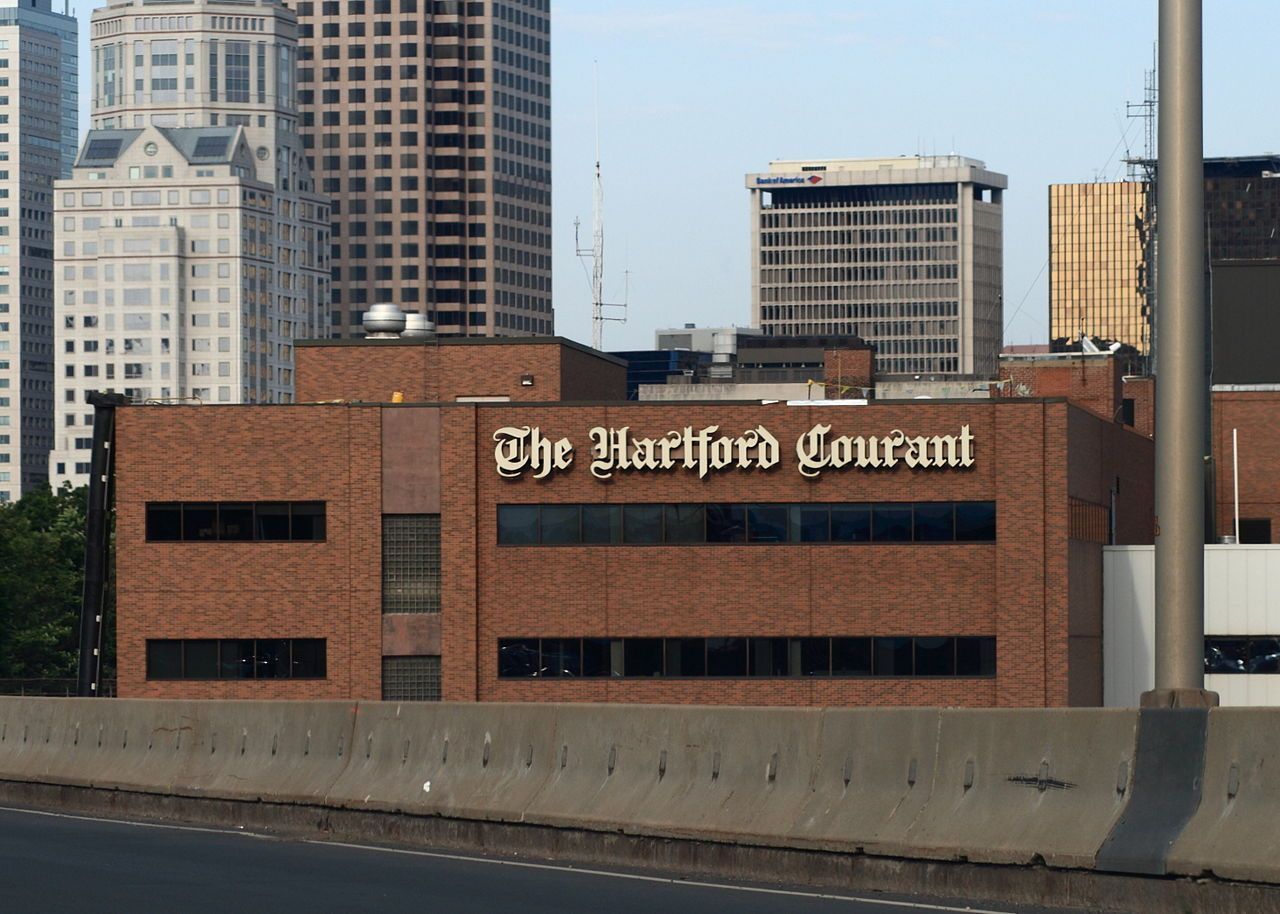 This article by Julie Reynolds first appeared on the website DFMworkers.org on Aug. 14, 2020.

Aug. 17, 2020 – The City Council in Hartford, Connecticut, has joined Chicago, Denver and other cities by announcing that it is crafting a resolution condemning Alden Global Capital, the vulture hedge fund that has decimated local newspapers across the country.

Hartford is the hometown of The Hartford Courant, a daily owned by Tribune Publishing. Alden recently took a nearly one-third stake in Tribune and named three of its associates to Tribune’s seven-member board.

Hartford’s draft resolution refers to Alden as a “destroyer of newspapers,” and asks the hedge fund’s executives to appear before the council to answer demands that Alden:

A council committee is reviewing the resolution now and a vote could come in September, the Hartford Courant reported.

Alden is currently under a “standstill” agreement with Tribune, under which it has agreed not to acquire more shares until next summer. But the agreement can be scrapped if certain conditions are met. After Alden became a presence on Tribune’s board late last year, executive shakeups, extensive employee furloughs, and – most recently – office building closures have been taken as signs that Alden is already wielding its cost-cutting influence on the chain.

The Courant, which the council noted is “America’s oldest continuously published newspaper,” has already endured rounds of layoffs, but with the threat of Alden gaining further control of Tribune portends even more cuts to come.

The council noted that Alden’s involvement in Tribune “is troubling because of its well-documented history of exacerbating financial problems by extracting short-term profits from already lean operations by dramatically slashing newsroom jobs and denying employees fair wages and benefits.”

“This resolution is the product of the Hartford community’s love of the Hartford Courant, including the love of Councilwoman Marily Rossetti, who is the sponsor of the resolution,” said Susan Campbell, author and former Courant columnist. Rossetti didn’t respond to a request for comment by press time.

“Through (Alden’s) corporate fuckwittery, the capital of the state is at risk of becoming a news desert,” Campbell added. Alden, she said, is “a textbook example of vulture capitalists and this resolution might be one step in educating the news consumers in the Hartford area why their newspaper is so thin, why they can’t get coverage of their local events, why when they call to complain about delivery issues they aren’t talking to someone local.”

The resolution states the council is committed to supporting local journalism, “including fair economic investment in newsroom staffing and resources,” adding that “in a time of an unprecedented pandemic, loss of jobs, and uncertainty about the future, the residents of the State’s Capital City need accurate information now more than ever.”

Officials from the union representing Courant employees welcomed the resolution.

“Hartford’s elected leaders are sending our owners a clear message that they understand the value a strong Courant brings to this community and don’t want to see it further diminished and diluted by a slash-and-burn hedge fund,” the Hartford Courant Guild said in a statement. “Short-sighted cutbacks already have made it impossible for us to cover schools, local governments and communities the way we once could, and even more cuts are likely if Alden Global Capital becomes a majority shareholder. We cannot let that happen.”