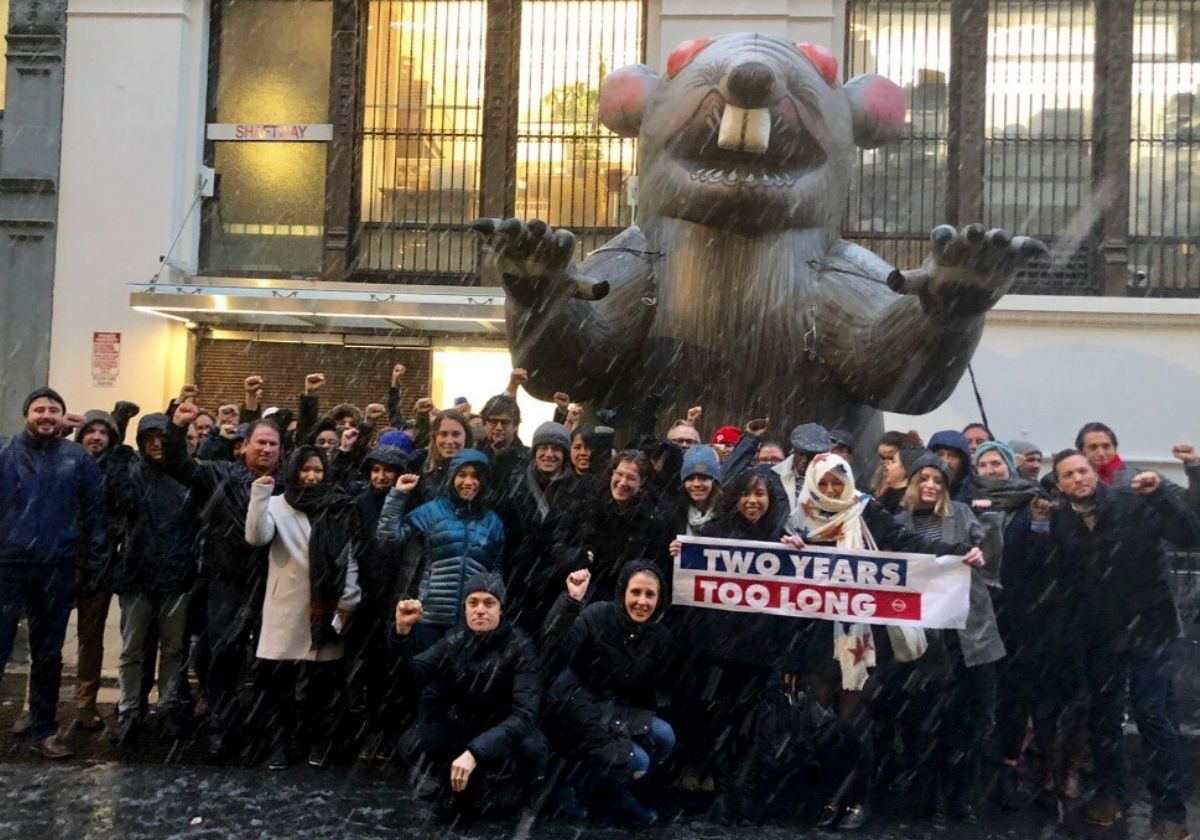 The strategies outlined in Turning the Tables: Participation and Power in Negotiations are similar to the methods McAlevey has long advocated for organizing new unions.

Kristina Bui, a former Los Angeles Times multi-platform editor who served on the Guild’s bargaining committee, said for journalists, transparency and accountability felt natural. “We opened up the room and invited who wanted to join bargaining to feel free to do that,” she said at a panel discussion announcing the report’s release.

After each session, the bargaining committee would stay in the room to draft a bargaining bulletin. “We would all be caucusing after the meeting and someone would start a Google doc and just start writing,” said Alex Wigglesworth, a bargaining committee member. The bulletins were detailed, including proposal language, excerpts of table talk, and context from other Guild agreements.

Carolina Miranda, an arts columnist at the L.A. Times and founding co-chair of the Los Angeles Times Guild, said, “I think we constantly went back and forth with ‘Are we bombarding them with too much information?’… It took us a little bit to figure out that when we sent our updates, we would send a few brief bullet points up top. That way if all the person read was those bullet points, they’d at least have a sense of where we were. Then we would do a more detailed update below.”

The group also leveraged public pressure. Union members had publicized their bosses’ pay packages as part of their organizing drive, and during contract negotiations they released a pay study that revealed significant disparities within newsroom saralies. They highlighted the inequities in pay publicly to win raises averaging $11,000 per year. They also mobilized public support to defeat a management proposal to severely limit employees’ intellectual property rights.

At Law360, the bargaining committee and mobilization committee worked together to encourage their coworkers to fill out an extensive bargaining survey. “Just like in organizing, we reached out to every single person in the unit at least once for a one-on-one conversation” about contract issues, said Unit Chair Juan Carlos Rodriguez.

Initially, Rodriguez said, “We felt like we were making progress and then all of a sudden we realized we were being slow rolled by management.”

Things ground to a halt when it came time to discuss jurisdiction — the scope of work that would be covered by the contract. After months of back and forth trying to move the company from its opposition to any jurisdictional language at all, the mobilization committee stepped into action.

What started with union T-shirts, signs, and buttons soon escalated to using bargaining updates as a workplace action. For 15 minutes, everyone in the newsroom would go to the front of the  office hear an update from the bargaining committee. Eventually the update moved to the sidewalk in front of the office. Union members had embarked on their first walkout. The next time they left for half an hour. The gatherings served a dual purpose: “It’s an action showing everyone standing together but at the same time everyone is being informed and then it’s also a public forum where they can ask questions and have things answered,” said Danielle Smith, a Law360 reporter who serves on the unit’s executive committee.

As workplace actions intensified, the bargaining committee quickly realized that these actions were the only real way to get the company to move at the bargaining table. “I had to be convinced to go along with some of the more militant stuff as we built up,” said Stewart Bishop, a senior reporter who served on the bargaining committee “Seeing how the company reacted to some of the smaller actions we took helped persuade me that the bigger stuff was good.” The newsroom was in motion, but things in negotiations were still dragging on, with wages and other economic issues still outstanding.

As the contract campaign approached the two-year mark, workers realized they needed to escalate further. The unit council decided to call for a strike authorization vote, which was endorsed resoundingly. Striking became unnecessary as the unit negotiated a contract that was ratified overwhelmingly.

Check out the panel discussion announcing the report, featuring NewsGuild members Danielle Smith of Law360 and Kristina Bui, now of the Media Guild of the West, NewsGuild Local 39213.