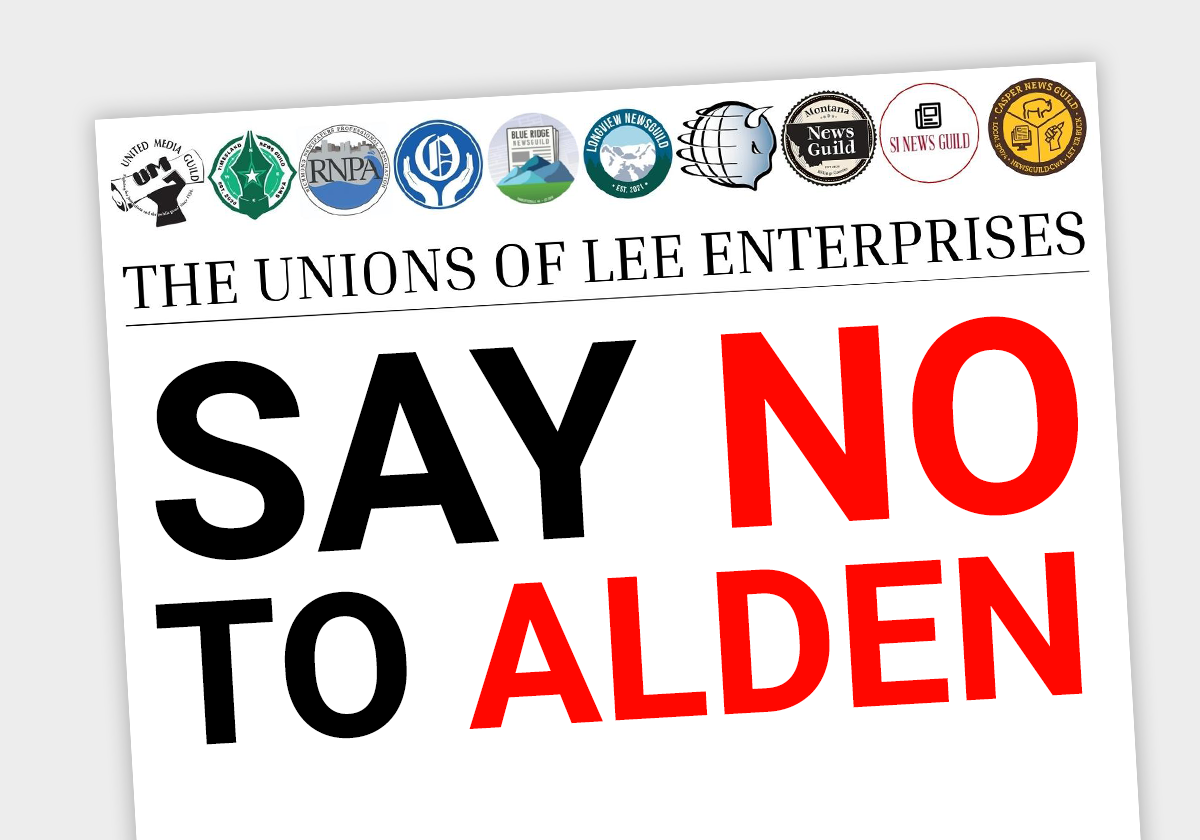 The 12 unionized newsrooms of Lee Enterprises implored the Board of Directors to reject any offer by Alden Global Capital to acquire the company in a letter dated Nov. 29.

“Alden has cut their staffs at twice the rate of competitors, resulting in the loss of countless jobs,” they wrote. “They’ve fostered unhealthy and untenable workplaces that make it impossible to retain talent. They’ve shuttered physical newsrooms to leave journalists working from their cars, and at properties they lease, Alden stiffs local landlords for the rent. Their investment history is littered with bankruptcies and federal probes, and they use secretive money to fund their shady dealings,” the unions said.

The unions urged Lee’s board to look at the many examples of newsrooms now operated by Alden. “You will not find one that is better positioned to serve its community,” they said.

Readers: the 12 unions of @LeeEntNews sent Lee’s board this letter today.

Alden, the assassin of local news,is a hedge fund that specializes in stripmining newspapers. Pls write & urge Lee’s board to fight Alden’s attempt to overtake these newspapers. Omahaletterstolee@gmail.com pic.twitter.com/B1zEUmMop6

Last week Lee management put in place a “poison pill” to guard against a speedy takeover by Alden Global Capital. Lee’s press release stated its rationale: “the Board noted Alden’s track record of rapidly acquiring substantial control or ‘negative control’ positions in other public companies and its seemingly inconsistent disclosures on its Schedule 13Ds and Form 13Fs filed with the U.S. Securities and Exchange Commission (‘SEC’) regarding its purported ownership of Lee’s shares.”

Alden is well known for its destructive approach to news ownership in which jobs are cut, news coverage shrinks and our communities are denied the information they need while Alden collects its “management fees” and dividends.

SEC filings on Nov. 29 show that Alden is attempting to nominate three people to the Lee board of directors. Lee’s management is evaluating whether the Nov. 26 request complies with its bylaws. Regardless of whether the nominees appear on the proxy ballot, The NewsGuild encourages shareholders to regard this ploy by Alden to gain control of Lee as nothing more than a shameless attempt to line its own pockets at the expense of other stakeholders.

The shareholder rights plan passed by Lee’s board on Nov. 26 sets a “trigger” of 10% share ownership for activist investors above which shareholders receive a right to acquire at a 50% discount an additional share for each share they own. The goal is to prevent an activist investor from increasing its percentage of shareholdings. Lee states that the plan will stay in effect for one year.

“Lee’s leadership needs to do everything in its power to ward off Alden or risk the loss of more local news,” Schleuss said.