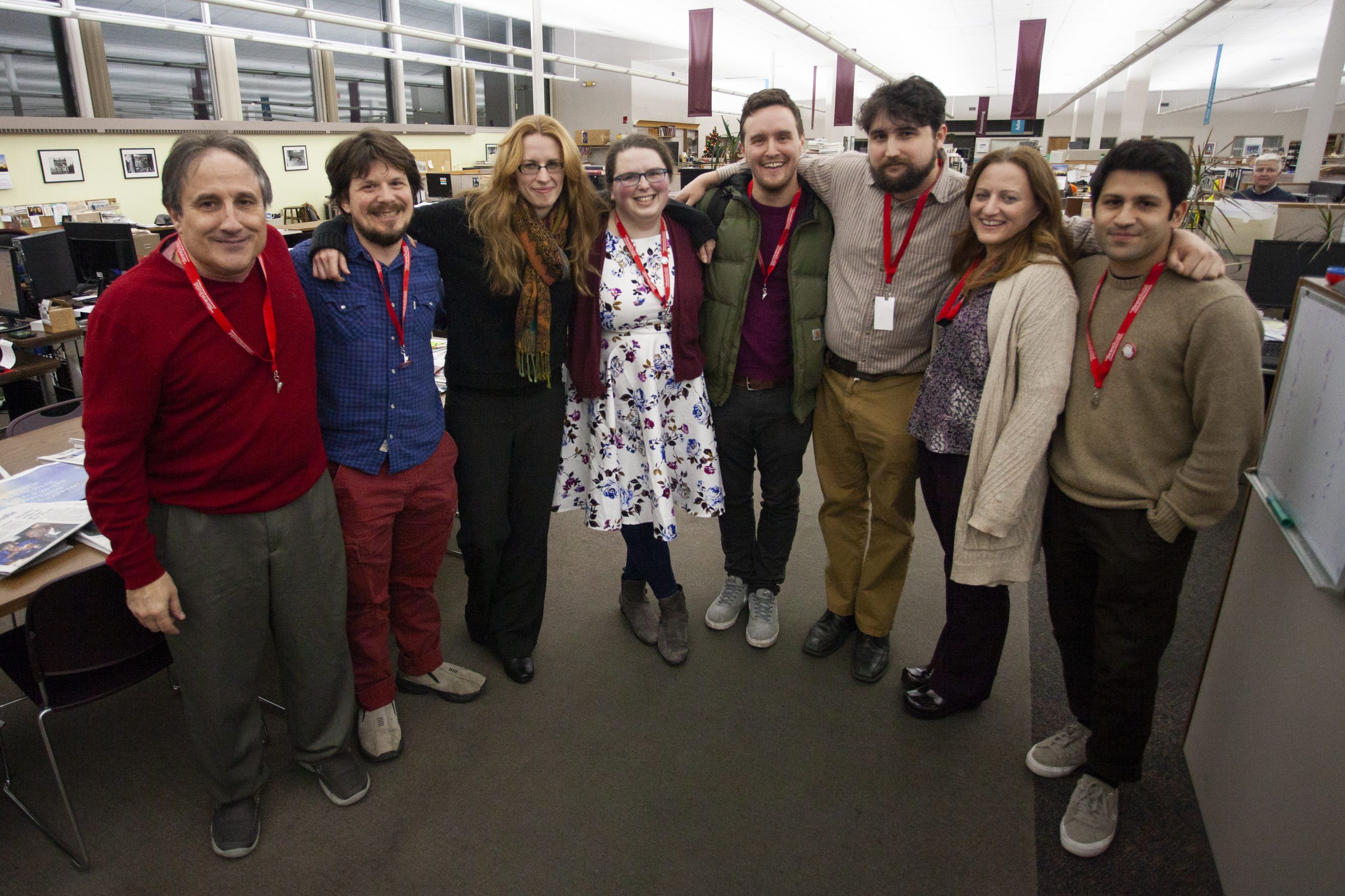 Dec. 12, 2018 – Workers at the Daily Hampshire Gazette and Valley Advocate in Northampton, Mass., voted in favor of unionizing on Wednesday.

Shortly after voting ended at 8 p.m., Bera Dunau, a member of the Organizing Committee, emerged from the office where the votes were counted and declared, “We have a union!”

The final tally was 40 workers voting in favor and 29 voting against. The Pioneer Valley NewsGuild can now begin negotiating with Newspapers of New England (NNE) for a contract.

“We now go into negotiations with a strong mandate from our coworkers,” said Dave Eisenstadter, a swing editor at the Gazette and a member of the union organizing committee. “The workers at the Gazette and Advocate spoke loudly through this vote that we want a seat at the table.”

The union consists of more than 70 employees in all departments, including editorial, advertising, press room, distribution, circulation, custodial and accounting. The Pioneer Valley NewsGuild will join the Providence local of The NewsGuild-CWA.

Workers began to organize about a year ago, when gender-based pay inequities at the newspapers came to light. Other issues of concern emerged during discussions among employees, including a lack of input in decisions that affected workers and the future of the publications.

“The support we’ve gotten from the community has been vital. It’s sustained us through tough moments by reminding us that we’re not alone,” said Dane Kuttler, who manages the classifieds and obituaries.

Kuttler said she was very happy with the outcome. “This also shows that we have a lot ofwork to do, but we are ready to dive in and do it,” she told the Gazette. “At this point, we are all about uniting and moving forward.”

More than 70 percent of eligible employees signed a petition seeking voluntary union recognition, which was delivered toJulien on Nov. 12. Julien rejected the request and opposed union organizing efforts in the five weeks leading up to the vote.

“We have been consistent in expressing our intention and goal in organizing our union,” Luke Sillars, a distribution worker, explained. “We want to work productively with NNE to create a respectful workplace where good ideas are valued, efforts are rewarded and the future of the publications we value so highly is secure.”

Photo: Workers of the Daily Hampshire Gazette and Valley Advocate celebrate after the vote. Photo courtesy of ACNews.