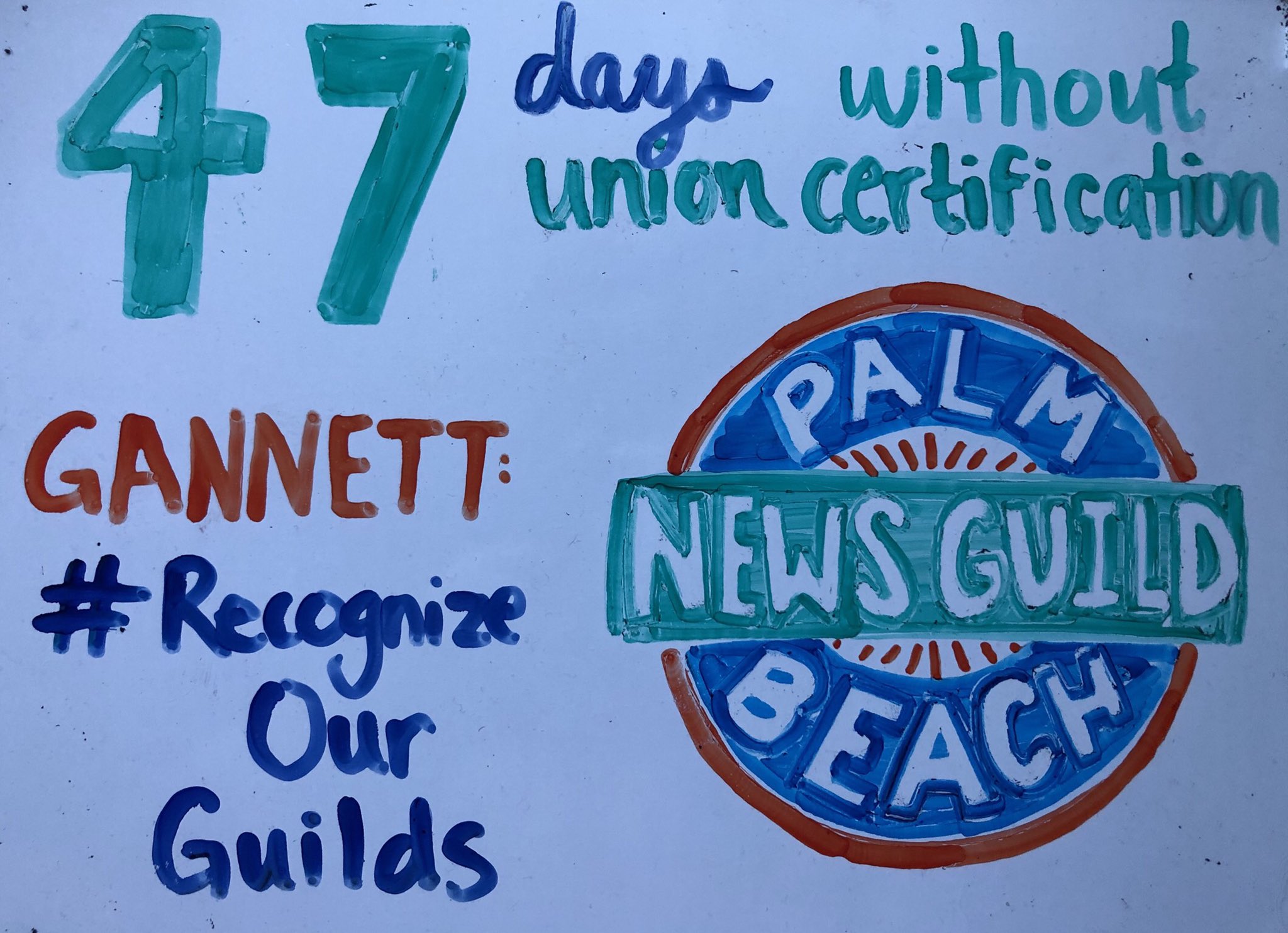 May 5, 2020 – “Stop lying now and respect journalists’ right to organize and form unions.”

That’s what NewsGuild-CWA President Jon Schleuss told the leadership of Gannett in a video and letter posted on Twitter on May 5.

I have something to say to @mwadsworth and the rest of Gannett’s leadership: stop lying to your journalists and respect their rights. pic.twitter.com/g5paFKiffw

Gannett is refusing to agree to mail-ballot voting on unionization, which Schleuss called “an obvious and safe alternative when on-site elections are not feasible.”

But last week, Maribel Wadsworth, president of Gannett’s USA Network, denied that the company opposes mail-in voting to  CNN and the Philadelphia Inquirer, despite the fact that the company has filed three motions before the National Labor Relations Board opposing the procedure.

Union elections that were scheduled for in-person voting were cancelled by the NLRB in March due to safety concerns caused by the coronavirus. Since then, employees at newspapers owned by McClatchy, Lee Enterprises, and Tribune Publishing have voted by mail.

“Our readers rely on us to provide quality reporting that is thoroughly researched and fact-checked before it goes to press,” Schleuss said. “We pride ourselves on upholding these standards.

“That is why it’s so startling that top executives at Gannett, the country’s largest newspaper chain, are consistently lying in public and on the record,” about their refusal to agree to mail-in voting, he said.

More than 150 journalists at five Gannett publications around the country are limbo as Gannett continues to oppose mail-in voting. They have been calling out management for their refusal to allow them to vote and pursuing the issue through the National Labor Relations Board.

“We as journalists are under attack by those who call us liars and question the quality of our work,” Schleuss said.

“Gannett’s behavior doesn’t meet the basic standards that working journalists must meet. It insults our profession and degrades our work at a time when people need to trust in their media institutions more than ever.”

Photo at top: A white board that tracks how long it’s been since organizers of the Palm Beach News Guild filed for union recognition, as it appeared on May 4.