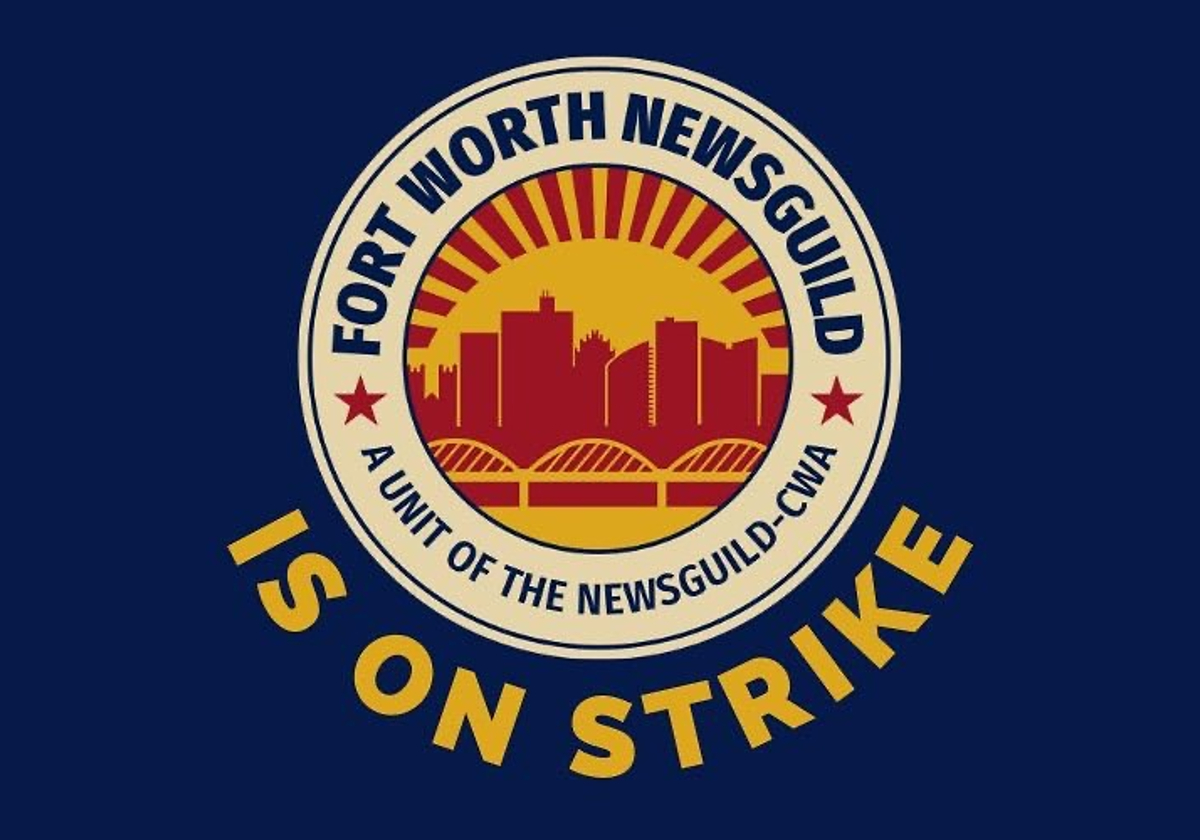 FORT WORTH — The Fort Worth NewsGuild is on strike, effective immediately.

Journalists at the Fort Worth Star-Telegram are the first in Texas and the first at a newspaper owned by McClatchy to strike. Members of the Guild decided to strike with an overwhelming majority of support — 91% of signed members — because of the company’s continued refusal to bargain in good faith.

The Guild filed an Unfair Labor Practice complaint against McClatchy in August. The hedge fund-owned media company is refusing to bargain in good faith as the Guild attempts to reach its first contract. Throughout the bargaining process, McClatchy and its representatives have repeatedly presented existing company policy at the bargaining table and have refused to budge at all on big-ticket items, including wages, severance and layoffs. McClatchy has made few attempts to negotiate fairly with the Guild or to offer serious consideration of the Guild’s proposals.

The National Labor Relations Board is currently investigating three separate ULP complaints lodged against McClatchy by the Guild. After much deliberation, members of the Guild decided to strike. We organized in 2020 to build a strong newsroom and to serve the Fort Worth community for years to come. Under existing working conditions, we cannot plan for a future in Fort Worth.

Our requests are reasonable. Chief among our proposals is a wage floor of $57,500. Based on federal guidelines and the average cost of rent and utilities for a one-bedroom apartment in Fort Worth, $57,500 is the minimum wage floor for Star-Telegram employees to live in Fort Worth and not be cost-burdened. In response, McClatchy has countered with an offer of a $45,000 wage floor. This offer reflects the disregard and carelessness with which McClatchy has approached its proposals to date, as a $45,000 salary all but ensures journalists will continue to be priced out of this newsroom and leave for more stable opportunities elsewhere.

We regret that withholding our labor is a necessary tactic in the bargaining process. But after two years of limited progress, we see no other option. We hope this step signals to McClatchy that we will not accept an unfair contract and that they respond to this action with serious, fair proposals that our members deserve.

We have been overwhelmed by the show of support our neighbors, friends, community members and fellow journalists have shown us throughout the bargaining process. More than 200 donors have given over $11,500 to the Guild’s strike fund, which will support our members during the strike.