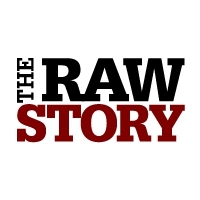 July 20, 2017 – The editorial staff at Raw Story, a Washington D.C.-based progressive online news organization that offers news and perspectives on U.S. and world politics, have won voluntary union  recognition. They are joining the Washington-Baltimore NewsGuild-CWA, Local 32035.

The group is enthusiastic about continuing the wave of union organizing among journalists, and looking forward to working collectively to establish sustainable working standards in collaboration with Raw Story management.

“We chose the NewsGuild for its historic role in democratizing newsrooms across the U.S. and its 80 years of commitment to the rights of writers, editors and other news workers,” said Senior Editor David Ferguson.

In a mission statement, Raw Story staffers explained why unionizing is a natural extension of the principles that guide their work:

“As the writers for a progressive digital publication, we support the rights of all workers to form a union. We believe that the process of unionization is the best way that we can work collaboratively with management to advocate for ourselves and for our ideals. Organizing a union is a way for Raw Story to practice the values of fairness and equality that it supports. We will work with management to create a contract that puts in place basic workplace protections, provides clear policies and rules regarding work responsibilities, and which fosters a productive, healthy and mutually beneficial work relationship between management and staff.

“We are thankful and proud to write authoritatively about the issues that matter to us most, while at the same time offering our readers crucial news and information,” Ferguson said. Writer Elizabeth Preza agreed, saying, “We wish for nothing more than to see Raw Story continue its successes over the years, including its role in highlighting racial discrimination in the criminal justice system, the right-wing assault on reproductive rights, and the increasing number of roadblocks voters face every time they head to the polls.”

NewsGuild-CWA President Bernie Lunzer welcomed them to the union.“We are thrilled to have another group of dedicated digital journalists join our union family,” he said.